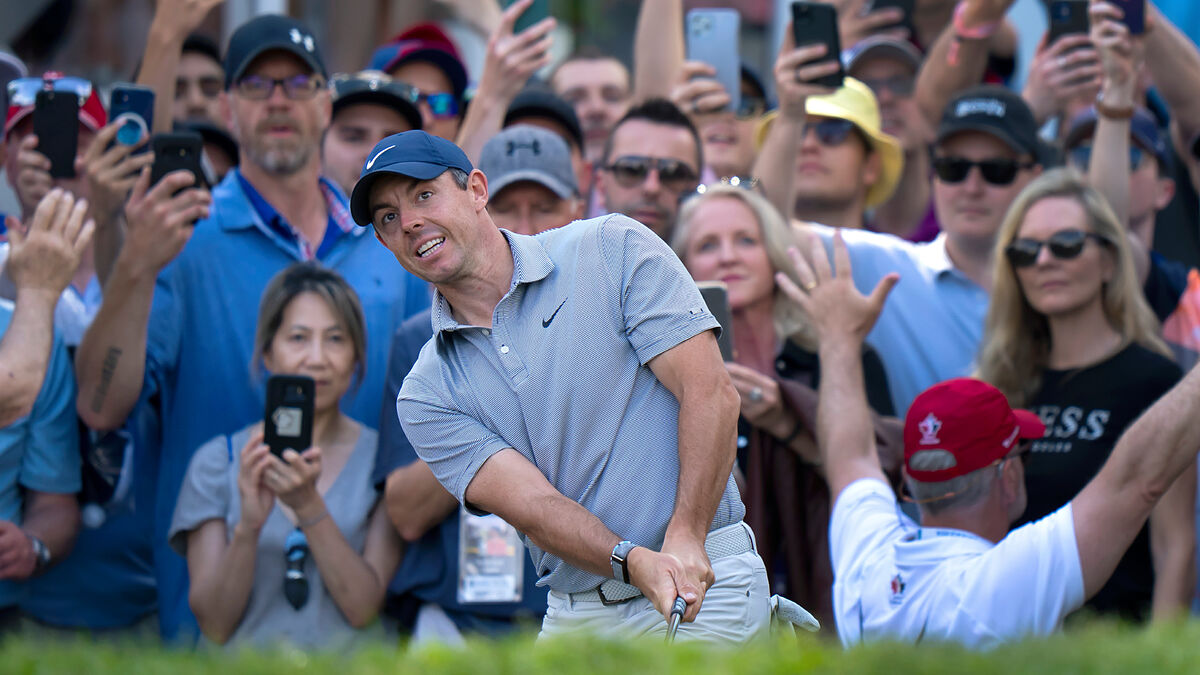 A the first week of conflict with the new LIV Golf Invitational Seriesthe PGA Tours is responding with its best weapons: the game. Because the out

A the first week of conflict with the new LIV Golf Invitational Seriesthe PGA Tours is responding with its best weapons: the game. Because the outcome of RBC Canadian Open It has become the best way to counterprogram the Saudi circuit, with up to three players from the world top 10 fighting for the title without caring too much that the prize for the winner is much lower than the Schwartzel has won in London.

Tony Finau (-11)with the best lap of the day in the St. George’s Golf & Country Club of toronto (a fantastic 62 with an eagle, seven birdies and a bogey), has snuck into the battle between three of the four best-placed players in the game. OWGR participating in the tournament. Interestingly, only the number 1 of the world, Scottie Scheffler (-3)has been left out of the fight for a triumph that has gained special relevance due to what has been experienced these days.

Beside finauthe other great favorite is Rory McIlroy (-11), with which it shares leadership. The Northern Irishman, who made it very clear this week the reasons why he does not plan to move from the PGA Tourshas today signed his best card of the week, 65 strokes, to go out on the last 18 holes with many possibilities of repeating the title he won in this same event in 2019, the last time it was played.

Behind them appear the number six in the world, Justin Thomas (-9)and the number nine, Sam Burns (-9)giving luster to a theoretically minor tournament, in the previous week of the almighty US Open, but that due to circumstances has become a reference with which to make differences with the Saudes. “The atmosphere outside made me feel like I was at a major,” confessed JT, making it clear what this week’s tournament has become. And next to them, Wyndham Clark (-9)leader yesterday, and Alex Smalley (-9) they also hold out in tied third place in search of surprise.

As for Spanish Rafa Cabrera Bello (+3), playing today in one of the first games of the day, the ‘moving day’ was anything but eventful… Three bogeys in his first eight holes hampered any possibility of dreaming of a comeback. And although with two birdies at 9 and 11 he seemed to straighten the course, yet another bogey at 17 ended up sinking him into tied 61st place in the standings, far from his goal.