Fintech as sponsors in football

Soccer is part of the identity of people in Latin America, it is undoubtedly the most watched sport and is part of their daily lives, it is one of

Soccer is part of the identity of people in Latin America, it is undoubtedly the most watched sport and is part of their daily lives, it is one of the few sports that is capable of influencing people’s emotions, which is why it has also become a much-desired space for brands to advertise.

Thanks to the feelings that are awakened in people, brands have been able to create a stronger bond with their customers, since they stop seeing them as if they were distant organizations and begin to see them with greater affection because they accompany the logo of their favorite team.

Within this sector that is highly valued by marketing, financial companies are the ones with the greatest presence, sponsoring some of the most important soccer leagues in the world, for example the first Spanish league backed by the Santander bank, in Mexico it is the BBVA Mx tournament and in Argentina two of the most important teams, Boca and River, are also sponsored by BBVA.

Therefore, it should not be strange that now that fintech have begun to gain more strength they also begin to have a presence in sports, these companies are considered as the evolution in finance, according to the finance and credit website, they are companies finance companies that use technology as a basis to offer better services to clients.

Fintechs are considered to have emerged worldwide after the crisis experienced in 2008, at which time small businesses had difficulty obtaining loans and services had to be reorganized to make room for new options with characteristics. more flexible.

Currently fintechs are present as sponsors at many levels of football, first of all we have the FIFA World Cup, which will be held in Qatar at the end of this year and which has announced that they have closed an agreement with a blockchain company. , which in addition to sponsoring, will also be in charge of the organization’s portfolio movements.

In Europe, the Champions League, a competition in which we recently saw Real Madrid reach its 14th title, a few years ago allied itself with a private capital company through which the prepaid card service is offered, as well as the shield of other teams. like AC Milan and Atlético de Madrid shares space on the shirts with logos of fintech companies.

Meanwhile in the UK, fintech has reached a very high level, to the point that a group of fintech companies have formed their own football 7 league and the Premier League filed an application in the United States to register a trademark in their name, related to the world of cryptocurrencies.

America is no exception, since at the beginning of the year the Argentine Football Association signed a five-year contract with a cryptocurrency buying and selling company with which it is intended that in the future fans around the world can obtain some kind of digital asset related to this organization.

Finally, in Mexico, a local neo-bank has come to sponsor a first division team known as Club Bravos de Juarez, which is currently playing in the MX league and according to the Selectra Mx website there are different options to watch their matches, this In addition to providing sponsorship, the bank has also announced that they will begin offering special cards for team fans, with which they can receive special benefits.

Undoubtedly, the presence of fintech companies will continue to increase in the world of sponsorships as their influence on people’s daily lives increases, something that does not seem to be difficult, considering that these types of companies are capable of offering services with better conditions, much more personalized and with attention practically 24 hours a day, characteristics highly appreciated by the new generations, which are increasingly digital. 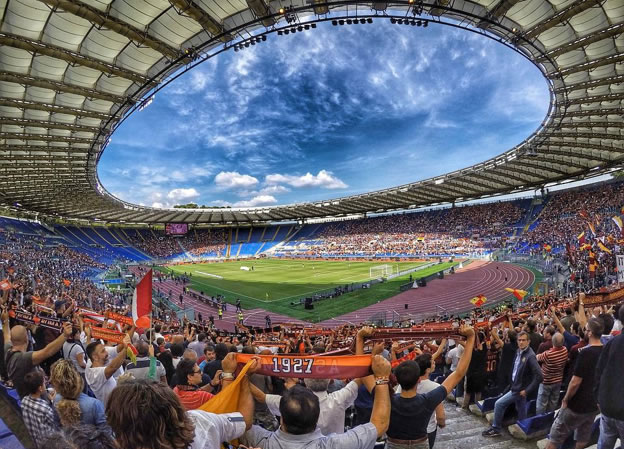 Loading...
Newer Post
No wins: Carlos Sainz, on the verge of an unwanted record in Formula 1
Older Post
Rolex and Gordillo Jewelry celebrate the third stage of the 2022 Rolex Golf Trophy