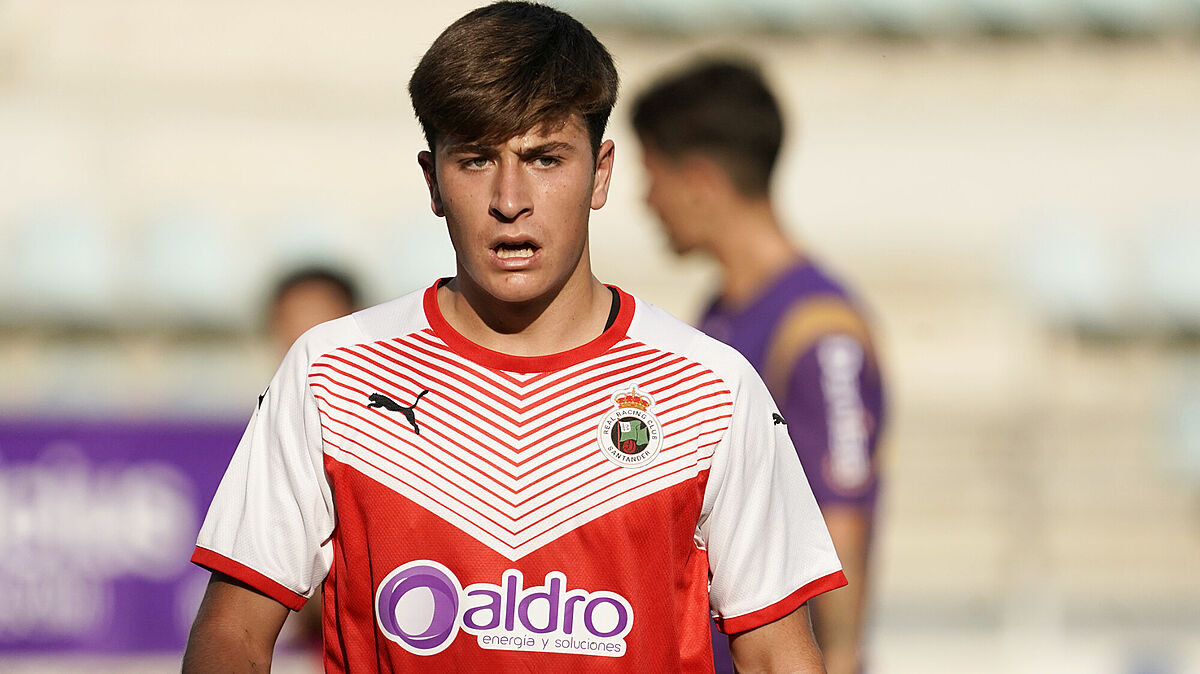 ORne of the greatest young sensations in all of Spanish football is Pablo Torre (Soto de la Marina, 2003). The jewel of Racing Santander He is fac

His mother has always been linked to handball and at home he has always breathed high competition. Although we don&#8217;t have to go far to find his biggest fan. His uncle, Esteban&#8217;s brother, is very important to him and he is a person who always follows him wherever he goes.

Some roots that are closely linked to the figure of Quique Setién, from the same villa as his father. You could say that he is a friend of the family, since Quique&#8217;s children are also friends of a Pablo who loves spending time with his family.

A change to be more professional

A Pablo Torre that catches the attention of all racinguismo and that since last year he began to work with a physical trainer at the University of Santander. He loves football, analyzing it and enjoying it, something that helps him on the field. He loves being with friends, making plans with them on the beach during the summer.

To their 18 years do not forget the importance of your studies. Now in the second year of Baccalaureate, taking it online and taking three subjects a year due to his football explosion. Those who know him point to his great maturity on and off the field. The 10 from Racing came to Santander in Infantiles, in 2015, and already in his first year of Juvenile he stood out a lot, getting to play the promotion playoffs with the subsidiary.

Interest of Real Madrid &#8230; among others

One of the teams that has been most interested in the situation of Pablo Torre is Real Madrid, although the Royal Society has also asked about his situation. At the international level, Wolverhampton of the Premier League has been interested in Paul, like several teams from the Eredivisie, Netherlands First Division.

In his international stage he went through the Spanish U16 team, but his generation (2003) He has not been able to enjoy the U17 championships due to the stoppages due to Covid. This course is already a fixture in the Santi Denia U19 National Team, where it has already stood out this winter.

Pablo Torre knows and feels what he is racinguismo. His self-confidence, quality and maturity on the field continues to surprise us and he struggles to see himself in First someday.

Tags: Racing Santander, First RFEF Footters, First RFEF
Football will have a continental confrontation in 2022
WOMEN’S FOOTBALL Return to work for the teams with the uncertainty of COVID
The players that Gerardo Martino has made his debut in El Tri
FOOTBALL 1178