First wave of votes for the All-Star Game: Doncic, inside 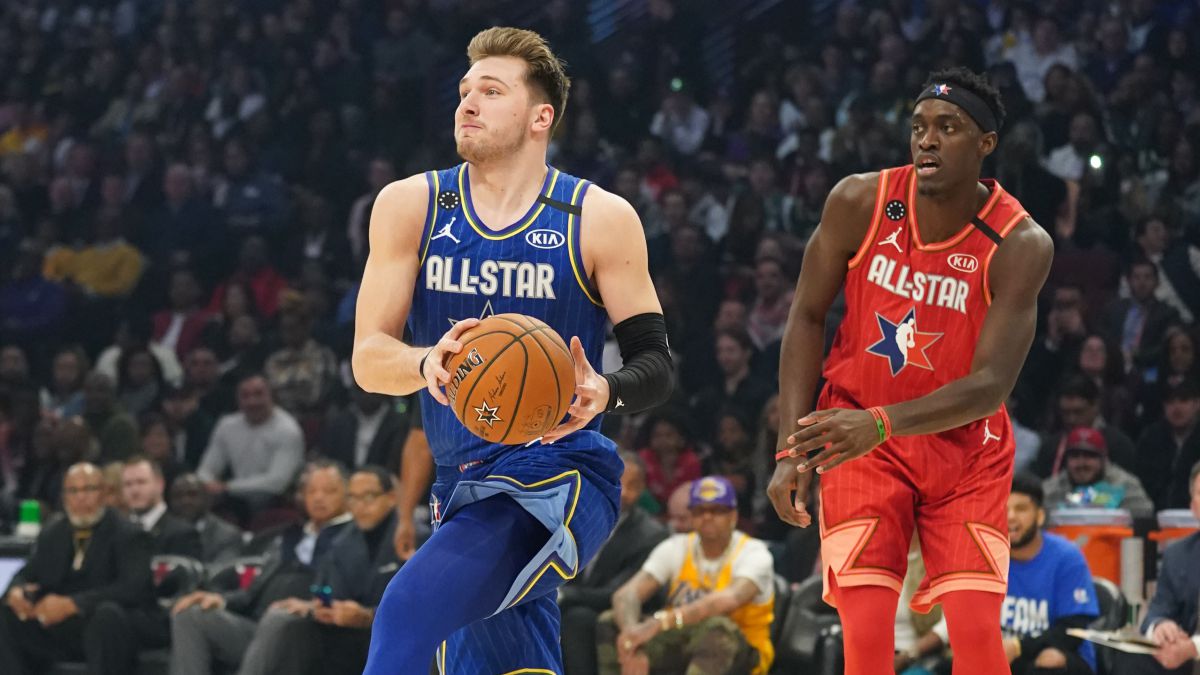 The NBA published this Thursday the first wave of votes for the All Star Game 2022, which will be played in Cleveland on February 20. Stephen Curr

First wave of votes for the All-Star Game: Doncic, inside

The NBA published this Thursday the first wave of votes for the All Star Game 2022, which will be played in Cleveland on February 20. Stephen Curry, with 2,584,623 votes, is currently the leader among fans. Kevin Durant is second with 2,360,435. With these results, the point guard of the Golden State Warriors and the forward of the Brooklyn Nets would be the captains of the Western and Eastern Conference, respectively, and those in charge of choosing the teams.

Luka Doncic aims for his third All-Star Game total and in a row. The Slovenian point guard of the Dallas Mavericks has 787,690 votes, which places him as second guard (base-escort) in the West. Only two of that position go per Conference. And three of the frontcourt (forwards, power forward and center), which in the case of the West would be LeBron James, forward of the Los Angeles Lakers (2,018,725 supports); Nikola Jokic, center of Denver Nuggets (1,649,809); and Los Angeles Clippers forward Paul George (1,072,591). Klay Thompson, who has been off the court with various injuries since 2019, is fourth in the guards with 367,743.

As for the East, Giannis Antetokounmpo, forward for the Milwaukee Bucks (2,145,835); and Joel Embiid, center for Philadephia 76ers (1,236,060) would form the East frontcourt alongside Durant. The two most supported guards to date are DeMar DeRozan and James Harden. The Chicago Bulls guard has 1,487,589 votes and the Brooklyn Nets, 892,065. Kyrie Irving, who made his Nets debut yesterday after missing the first 35 games of the season, is in sixth place with 267,929 votes.. There is no Spaniard among the 40 players with the most votes.

Votes for the All Star

The first wave voting for the NBA All Star Game.
NBA

On January 13, the second wave of support will be announced and on January 20, the third. Voting will close on the 22nd. On the 27th, the five headlines of each Conference will be announced: both guards (bases and escorts) and the three froncourts (forwards, centers and power forwards) with more support from the West and East. The selection is carried out by the fans, who represent 50% of the total weight of the votes, the players (25%) and the media (25%). The coaches of the 30 NBA franchises will choose the alternates, 7 per conference regardless of their position (the date is still unknown).

The All Star will be held at Cleveland’s Rocket Mortgage FieldHousede for the third time in its history and will return to the full weekend, with the game between the rookies and second-year players from the United States against those from the world and the different contests such as dunks, triples and skills. Last year, only the meeting of the stars was played because of the coronavirus pandemic and the reduced schedule of the season, which went from 82 games to 72.

For the fifth consecutive edition, the teams will be chosen by the most voted players from each of the Conferences. In turn, each of them will choose their companions, regardless of their Conference, but taking into account their position. With alternates, the election turn will be reversed and they will be selected regardless of Conference and position.

The duel will also keep the revolutionary elam ending successfully tested in 2020 in Chicago. The game will not last the usual 48 minutes but will proceed with the system that gave it spice and competitiveness: the first three quarters start 0-0 and the winner of each one gets a financial prize for a local NGO. Before the last quarter, the scores of the other three are added and a number of points is added to the highest figure (24, in tribute to Kobe Bryant). And it is played without a time limit until one of the teams reaches that figure that gives victory.

Loading...
Newer Post
Woman falls from a golf cart and is left in a safe condition when hitting the pavement | Police
Older Post
Jon Rahm exhibition to co-lead in Hawaii