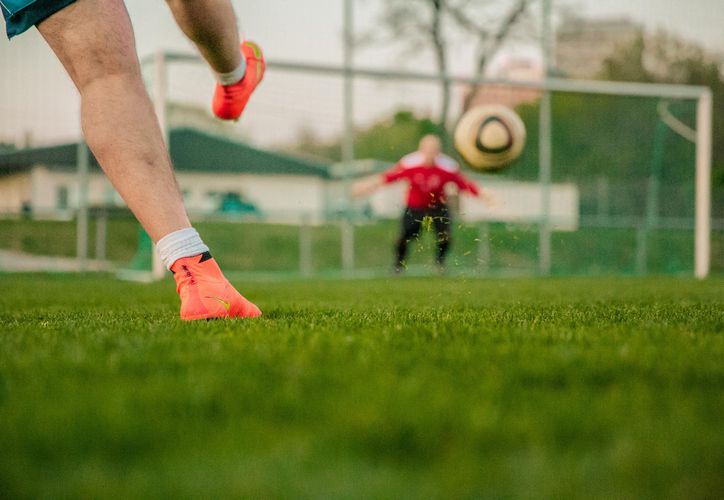 It is the dream of every child to become a famous soccer player, living a life of luxury and sporting glory. However, these characters are ordinar

It is the dream of every child to become a famous soccer player, living a life of luxury and sporting glory. However, these characters are ordinary human beings with their peculiarities, some of them difficult to believe.

Here we bring you 5 curiosities of soccer players, in which you will find stories, anecdotes and even soccer statistics to bet on Betfair or other online betting houses.

1. Diego Maradona: Passion on the skin and in the church

Diego Armando Maradona is considered by many to be the greatest player of all time. His army of fans is not limited to his native Argentina, but is spread all over the world. In this story we find two extremes to which his fans have reached.

The former isn’t that unusual, but it makes the list for giving Maradona a record. And it is that the ‘Fluff’ is the footballer who has been the subject of the largest number of tattoos in the world. His name, his face, his silhouette or some phrase of his, adorn the body of thousands of followers around the planet.

But the most extreme level came a few years ago when the ‘Maradonian Church’ was founded, in which its parishioners follow its 10 commandments to the letter, among which are the many times repeated: “The ball does not stain”.

2. The brief debut of Lionel Messi

Lionel Messi is perhaps the best footballer today. At 35 years old, he is already a legend of Barcelona and the Argentine national team. For many, he is one world title away from equaling what Maradona generated with the ‘Albiceleste’, something that he could achieve in Qatar 2022 to close his career with a flourish in the national team.

However, his start in the national team of his country was not very auspicious to say. His debut with the Argentine national team lasted only 46 seconds. In a friendly duel against Hungary, ‘Lio’ came on at 18′ of the second half and was sent off less than a minute later for an elbow.

3. Cristiano Ronaldo and the missing mother

We are not referring to Cristiano Ronaldo’s mother, who to this day continues to be an important part of the Portuguese star’s life, but to the mother of his first son, Cristiano Jr.

The most commented version is that Cristiano Ronaldo decided to pay the woman so that her identity is kept secret (in addition to completely disassociating herself from the child) and that the custody is total for the soccer player. In 2017 he became a father again, but using the surrogacy process.

4. The birth of King Pele

If we are going to talk about curiosities about football players and we refer to the best, we have to talk about Pelé, considered by football connoisseurs as ‘The King of Football’. Do you know how he got that name?

Edson Arantes do Nascimento, the footballer’s real name, promised his father to win a World Cup (in the end he won 3) and fulfilled his promise at just 17 years old in Sweden 1958. This feat led Paris Match magazine to dedicate a cover to him in the one who called him Le Roi (The King), it is after that that the nickname became popular in Brazil.

So the nickname was born very early in his career and not as a tribute to his long and fruitful career. The French magazine was not wrong to baptize the young Edson.

No, we are not referring to the age at which Ronaldinho Gaúcho arrived at Barcelona, ​​a club where he shone worldwide, but rather the number of goals he scored in a single game at the age of 13.

This fact, carried out in a local tournament playing for his school team, caused his first appearance on television and the Porto Alegre Guild noticed him. The rest is history.

These have been just some of the most interesting curiosities of soccer players. If you want to know more about these stars, their teams, their news and make live bets, do not hesitate to visit the Betfair website.