Fiziev wants to crash the party 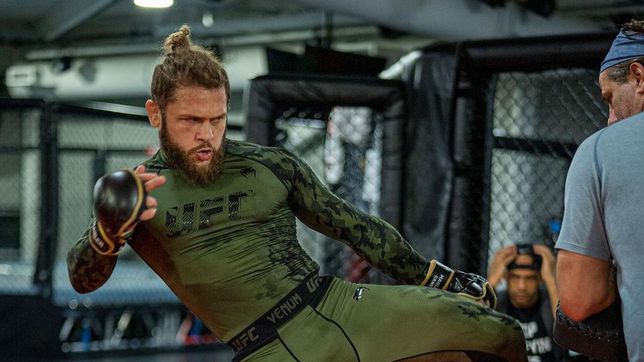 The UFC lightweight is crazy. With the belt vacant due to Oliveira failing the scale in his last bout, and many fighters are lining up to challeng

The UFC lightweight is crazy. With the belt vacant due to Oliveira failing the scale in his last bout, and many fighters are lining up to challenge for it. It may be that Volkanovski, after his exhibition last Saturday, will try to go up… we will have to wait, for now everyone wants to present his candidacy. The next to do so are Rafael Dos Anjos and Rafael Fiziev. The fight was scheduled for the co-main event of UFC 272 (March 5). The promise contracted covid and everything was delayed. He now has another call up for the fight that could change his career.

This Saturday, the namesake fighters face each other at UFC Las Vegas 58. It is a fight with more prizes, since it will be stellar, which always gives them a plus of prominence. Despite this, it can also be a factor against Fiziev, who will thus live his first five-round fight. That factor wants to take advantage of Dos Anjos, fought in a thousand battles, to take advantage. He will set the pace, that is his plan.

Fiziev, who resigned from representing Kyrgyzstan due to “the persecution suffered by Muslims” and appears as a Kazakh (he was born in that country and is of an Azerbaijani father and a Russian mother), is facing his most important fight. He has only lost once in 12 fights and comes in on a five-fight win streak. He started muay thai at the age of 11 and has a 64% win rate by KO. It is clear what his plan will be. Meanwhile, Dos Anjos will try to get experience and avoid cold shots. The 37-year-old Brazilian has won three of his last seven fights, although he is coming off a two-fight win streak. Dos Anjos is playing it, he knows that another victory could take him out of the top 10 because of the competition in the division. For dynamics, youth (29 years old) and punch, Fiziev is the favorite. A lot is expected of him, but he has to prove it in the cage. He wants to get into the title party, but for that he only wants to win.

Michael Bisping Names UFC Veteran He Would Like To See Nick Diaz Fight Next
UFC Vegas 45: look who will replace Anthony Hernandez
Kayla Harrison: “MMA is judo on steroids”
UFC/MMA 1071