Floyd Mayweather announces that he is returning to boxing in February to do several fights. This is your plan and your possible rivals 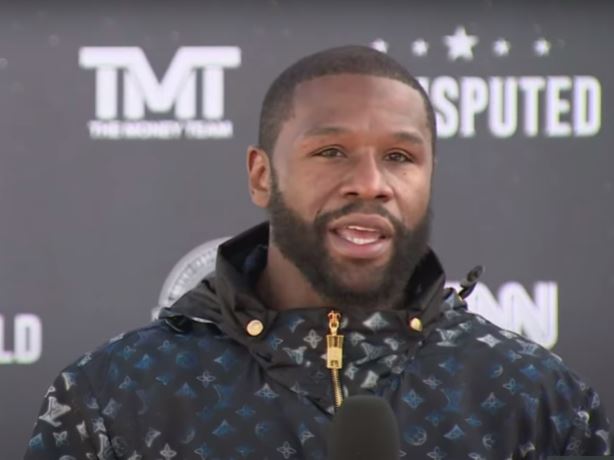 Floyd Mayweather confirmed that he is returning to boxing for an exhibition fight on February 20, four before his 45th birthday, in Dubai. "We hav

Floyd Mayweather confirmed that he is returning to boxing for an exhibition fight on February 20, four before his 45th birthday, in Dubai. “We have not yet chosen the first opponent, but I look forward to it and hope I can give them something to see,” he said in the newspaper of The Sun of England.

The event will take place on the heli-surface of the Burj Al Arab Jumeirah hotel in Dubai, where a night costs between $ 2,000 and $ 6,000. In addition, Pretty Boy, 44, assured that this is not the only fight, but the first of many throughout the year.

You may be interested: First statements by Román González after knowing the date of the trilogy against Gallo Estrada

&#8220;A fight? We can make more than one fight. We want to entertain people. So yes, it will be more than one fight, &#8220;said Money, who has not fought since 2018 when he defeated Tenshin Nasukawa of Japan in the first round in an exhibition match.

Youtuber Logan Paul, Conor McGregor, Oscar de la Hoya and Julio César Chávez sound like possible rivals. Logan and McGregor would be rematch fights, after meeting them in 2021 and 2017, respectively. De La Hoya has announced that he would return to boxing and paused his training due to the covid.

Mayweather considered that these bouts will have nothing to do with traditional boxing, but rather will be like a show. Well, I don&#8217;t like to call what I&#8217;m doing a fight. I like to call it a limited edition boxing showcase. Because it is bigger than just boxing, &#8220;he says.