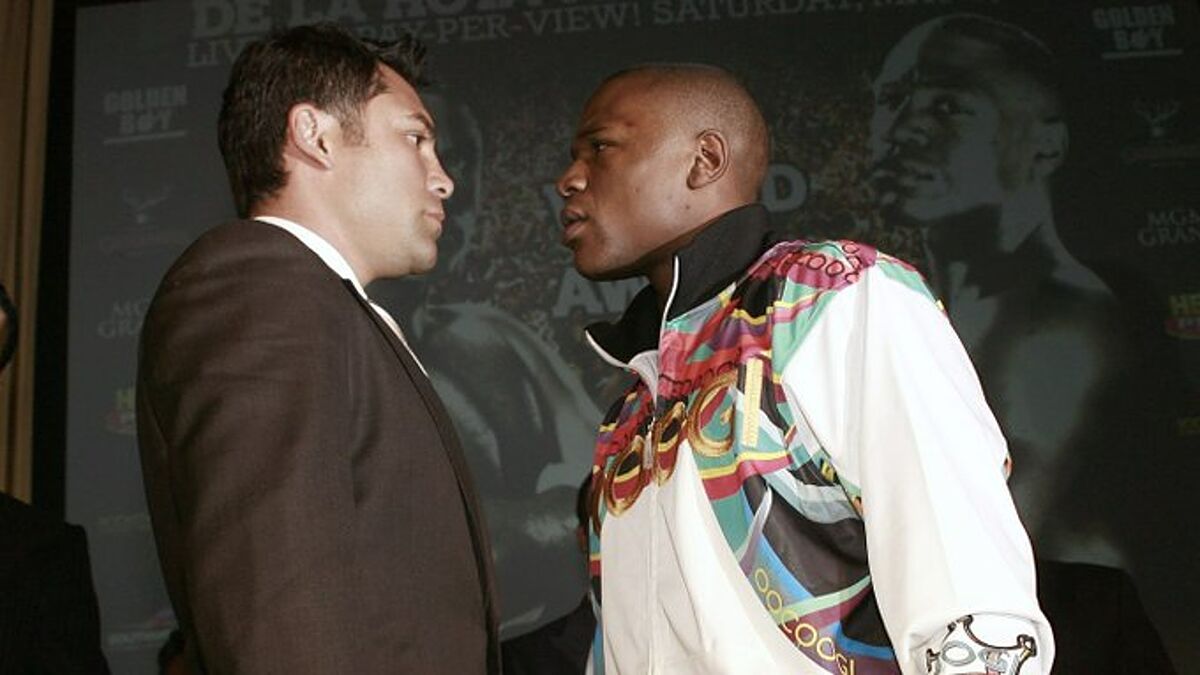 Oscar de la hoya He is known for his great talent as a promoter, many also remember him as that boxer who had a lot of talent in the ring, but when

Oscar de la hoya He is known for his great talent as a promoter, many also remember him as that boxer who had a lot of talent in the ring, but when his name is mentioned, it is synonymous with success, so when he says that he has a genuine admiration for someone, it must be said. feel privileged. Well that “someone” is the billionaire Floyd Mayweather.

When both were active as boxers, they entered the ring on May 5, 2007 at the Las Vegas MGMand the result was a spectacular victory for Money, but that was only in sports, because in financial terms, Oscar pocketed the magical figure of 52 million, against 25 million. Mayweather.

De la Hoya and his admiration for Mayweather

Both had a very successful career and both knew how to increase their wealth to unsuspected levels, but Oscar forged a company that today is the queen of the boxing promotion, and that is Golden Boy Promotions, but also noted his genuine admiration for Floyd.

“I really admire him for what he has achieved. Nobody understood his vision, everyone believed he was the villain. No, he had a vision. He is an artist and a real fighter, one of the best and all that is a testament to how he grew up and saw the big picture,” De La Hoya said.

Both are promoters of great fights, and they have the careers of two of the men of the moment, Mayweather manages the career of Gervonta Davis, while De la Hoya is the manager of Ryan Garcia, and these fighters are very close to closing the contract, but both promoters must agree to reach a figure that suits everyone involved.

De la Hoya and Floyd, could reach the NBA

“Maybe there is something we can do in Vegas together, some business. I heard that the NBA has plans for the city. Maybe we can join together and help a team come to the house that we built, because we built Las Vegas,” he emphasized. From the pot.

According to reports in recent weeks, the NBA has among its plans to move a franchise to Las Vegas, and Mayweather and LeBrona James himself have already raised their hands to be the owners of said franchise.