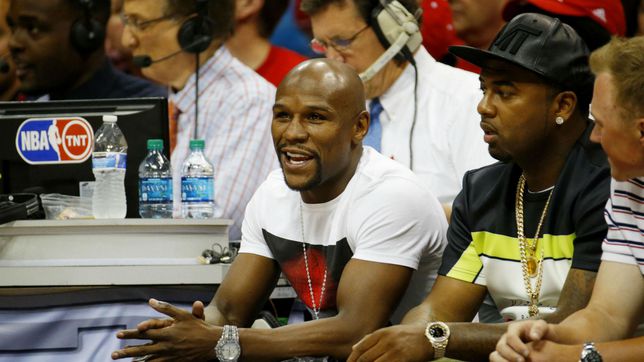 Just a few months ago, youtuber Jake Paul had assured that former professional boxer Floyd Mayweather was bankrupt and that was the main reason why

Just a few months ago, youtuber Jake Paul had assured that former professional boxer Floyd Mayweather was bankrupt and that was the main reason why “Money” had not paid his brother Logan after the exhibition match they held in Florida last year.

However, the “Money” hinted that he still has a lot of money and even $100 billion dollars to spend, so he has among his plans to become the owner of an NBA team. According to Sam Gordon of the ‘Las Vegas Journal’, Mayweather was questioned about it and assured that “I’ve been talking to certain people for the last six months,” Mayweather said. “That’s something I’ve been working on behind the scenes, but I’ve never come out and publicly talked about it with the media.”

Considered by many to be the best pound-for-pound boxer and recently inducted into the Hall of Fame, Floyd admitted that he still does not know in which city he would buy an NBA team, however, it is well known that he currently resides in the city of Las Vegas.

YOU MAY ALSO BE INTERESTED: ‘Canelo’ Álvarez ceased to be the best Mexican boxer

Just a few days ago, Lakers star LeBron James admitted in a preview of the episode of the series ‘The Shop,’ produced by Youtube and Maverick Carter, that he would like to bring the NBA to the city of Las Vegas, so that Mayweather would compete with the ‘King for being the owner of the franchise.

At the moment, everything is mere speculation, especially since Adam Silver, commissioner of the NBA has not yet released anything about any expansion team in ‘Sin City’. Despite this, James and Mayweather have already raised their hands to buy a team from the basketball league.

Floyd Mayweather will continue with the exhibition fights when he faces the Japanese mixed martial arts fighter, Mikuru Asakura, in the month of September, still with a date to be defined.

La Jornada – NBA: Milwaukee leaves Bulls on the verge of elimination
NBA: Luka Doncic the court (and the bench) is too small: triplazo and technical talk without Chief Kidd
NBA: The stars shine much brighter at Christmas
NBA 2837