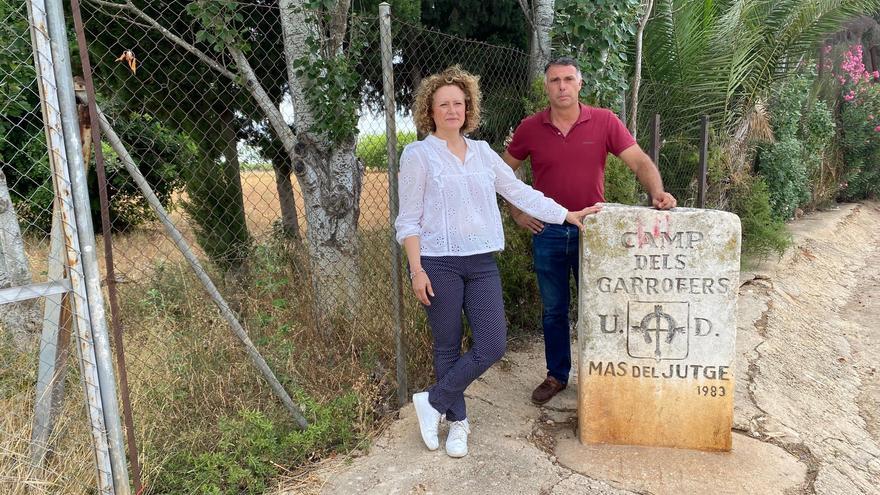 The spokeswoman for the Popular Party of Torrent, Amparo Folgadohas visited the abandoned soccer field “Dels Garrofers”, in Mas d

The spokeswoman for the Popular Party of Torrent, Amparo Folgadohas visited the abandoned soccer field “Dels Garrofers”, in Mas del Jutge. A sports facility owned by the Valencia Provincial Council.

Folgado regrets that “It is a shame that this sports facility is closed, abandoned and in third world conditions.and the sports deputy, a socialist who is from Torrent, does nothing about it”.

In addition, he pointed out that “It draws our attention that Mr. Ros is looking for land near the Miramar urbanization to build a soccer field and we have an abandoned one in Mas del Jutgejust as abandoned as the Campo de l’Alter was in the first governments of Ros”.

For what the spokesperson and president of the popular in Torrent, Amparo Folgado has stated that “in 2023, when we govern, we will ask the Valencia Provincial Council to give us these lands of Mas del Jutge and the City Council will put these facilities in conditions to play football, rugby or any other sport that is necessary in our city”.

The facilities of the “Dels Garrofers” field of the Mas del Jutge “are closed, with changing rooms that are booths made of sheet metal, the stands are beams and light poles, in addition, the pavement is hard earth and completely filled with dry grass. Conditions that make it impossible to practice sports and in which it is only known that it is a football field due to the stone from 1983, which indicates at the entrance that it is the “Dels Garrofers” field and a more current plaque that indicates that the land is property of the Diputación de Valencia”.