“Football and family are my passion and my life” 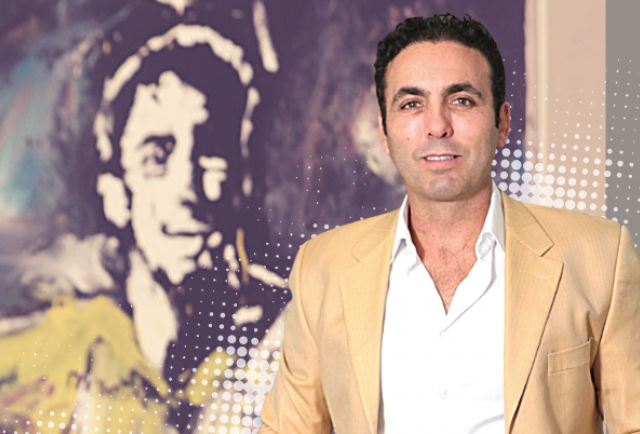 Straightpragmatic, demanding, affectionate and given to the family, Pablo is a father to all give and that role has distinguished him not only at a private level, by making it clear what his life priority. At the same time, it has been able to complement other Aspects that fully define it.

In the last decade, it is located in the highest business lecture of the country, in an ascending race that began as tennis champion and that later led him, even, to be Minister of Foreign Trade and Investments (2017-2019), with the sole desire to contribute to his country from that stage, he says.

The challenges met are not few, and it has achieved build a name with tenacity and courage. Lead one of the strongest real estate companies of the country, among other companies founded by him.

His approach to sport is one of the traits that makes the businessman most proud. Former tennis champion, however, football is his true passion.

“I was selected from the school, I was a center forward and I was part of the inferiors of the Catholic in Quito, but at the 14 years I retired because I had more aptitude for tennis. I became national champion and at 18 South American champion in Venezuelawith Luis Adrián Morejón and Pepe Sea. Representing my country was the best in the Davis cup And in the Atlanta Olympics with Nicolás Lapentti, doubles; With him we won several satellite tournaments. He won several doubles challengers and one singles challenger. Fond memories! Thanks to tennis I knew the world already my wife”.

Over time, the sport it’s part of your daily life and that of his entire family. He maintains a routine between the gym, tennis, paddle tennis and running: “All sports are my only vice“, He says.

Quito of birth, bears the same name as his dadwho passed away nearly three decades ago, a painful fact that he had to face very young. Memory is not elusive and recognizes how hard her mother -María Luisa Sáenz Miño- must have worked to raise her children.

“It was the best father of the world, instilled in us to be good people, the importance of being simple, to respect others and sport. Now we have the joy of being very nearby As a family, friend and partner, she is also a great grandmother.”

When approached about this interview, Pablo and his family were in New Yorkregarding a soccer game of his son Leo, who plays in the InterMiami CF. Delighted, he accepted the challenge, flagged with the shirt of his four children, his greatest happiness and motivation: “Leo is the great pride Of all the family. He grew up with a ball and is now a professional player. We accompany him in all the matches and he is a fantastic and simple boy”.

By forming a home with Isabel Maria Romero Noboahis greatest effort and commitment has been the family.

“In my marriage, respect and dialogue have prevailed. My wife is my everything, a fantastic woman who has always known how to support me in my ideas and projects”.

At the same time, he speaks of each of his children with detail and emotion, considering their differences, strengths and benefits. Pablo Xavier (25 years old), an economist, accompanies him on the same route and feels confident in his abilities and work capacity. Isabela, 17, is a great athlete, and a teacher in playing guitar and piano; meanwhile, Fiorella (11 years old) plays tennis and dance. “I am very mellow, affectionate with my children, but I am also a father very demanding in discipline, perseverance and that they are good people”.

Together with Isabel María, they have known how to accompany their children, especially in the spiritual plane. “Are practicing catholics and we have promoted sport and art in them to complement their training”. At the same time, he admits to having few friends, because he has family time prioritized to social events.

-The lie, the deception, the ‘sapada’.

-When my son Pablo was a year and a half old he had kidney cancer… It was very hard. There were 13 chemotherapies, but we made it through.

-I am a protector, I speak the truth, I am direct, I do not spin, as with my wife and collaborators.

-Lots of bugs! We are flesh and blood, but I ask God for forgiveness and communion.

-Every day I thank God for the family I have.

-Be persevering, educated, who love their country and who achieve what they set out to do.

Tags: family, Soccer, passion
20-year-old loses his life after being punched by a boxer on the street
Vida feasted against Platense and is the new leader of Honduran soccer
“Football and family are my passion and my life”
FOOTBALL 2704