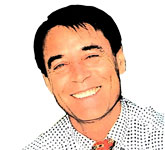 On the eve of the European final in Paris, between Liverpool and Real Madrid, it occurred to me to say on a social network

On the eve of the European final in Paris, between Liverpool and Real Madrid, it occurred to me to say on a social network that, despite being a Barcelona fan (without “estelada”, of course), I wanted the Spanish team to win. They gave me them everywhere and in all colors. From those who, indeed, had me for a weirdo, to those who made my behavior ugly for being a follower of an anti-Spanish team.

The mental framework of such positions is tricky and totally at odds with reality. Suffice it to say that the supposedly anti-Spanish team (an FC Barcelona allegedly dedicated to the cause of Catalan secessionism) is the one that contributes the most players to the national team, while the cause of Spanish football (at the level of teams, not selections) is today for today at the top thanks to a Real Madrid team that only fielded a Spanish player in the final in Paris.
Although I am convinced of the political transversality of football clubs, the massive celebrations for Real Madrid’s victory in the Champions League final have led me to believe that such a mobilization for a common sense of belonging (Madridismo, in this case) , may eventually become a formidable lever in the hands of political forces willing to capitalize on it at the polls.

Seeing the overflowing enthusiasm in the streets of Madrid and a spectacular finale at the Santiago Bernabéu stadium, one wondered if there was any other reason why the champion’s euphoric supporters would have been willing to exchange the priceless tsunami of overflowing happiness with the who sang Vinicius’s goal and the massive reception for their heroes in the enclosed area between Plaza de Cibeles and the Santiago Bernabéu stadium.

What I want to say is that the half a million Madridistas who have taken to the streets this weekend share a love for some colors and a shield as a feeling of belonging that, eventually, can overcome others, of a religious, political nature , social, economic, corporate, etc. And that is what turns a mobilization of this type, in the face of shared joy for a sporting triumph, into a reservoir of power awaiting whoever knows how to manage it. That is why I believe that the photos of the players with the president of the Díaz Ayuso Community, or the mayor of the capital, Martínez Almeida, are worth their gold price.

Anyway, I think that, if football had arrived in Spain half a century earlier, Jaime Balmes (1810-1848) would have included adherence to a certain team in his brainy laboratory hypotheses about organic democracy. That is, through natural entities and not political parties. And I hope you’ll forgive the irony.

Loading...
Newer Post
Offers exhibition Jorge El Travieso Arce
Older Post
Doncic and Gobert confirm that they will be in the Eurobasket and Antetokounmpo thinks about it