Football: from the spectacle there to the exceptions here 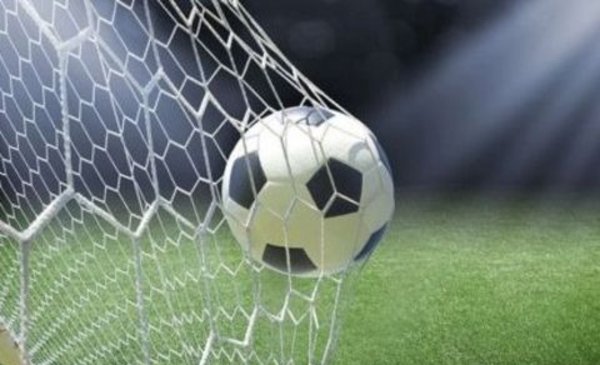 For football fans, the start of the European Leagues is a feast. See again the best teams, the best players, the best coaches, great games. The c

For football fans, the start of the European Leagues is a feast. See again the best teams, the best players, the best coaches, great games. The comparisons that sometimes, it is true, can be ridiculous. But other times they help the analysis. See ours. Leo Messi, Dibu Martínez, Cuti Romero and company. See also now Julián Alvarez competing with the best and if anything he will be able to claim a place in the starting line-up of the national team. These are questions that take on a special value because for the first time the World Cup will be played in November-December. In the middle of the European season. For us, it may even have a special attraction that is played at the end of the year. As if it warned us of the beginning of some vacations. The recreation that begins. Only Liverpool’s German coach, Jurgen Klopp, recalled in these hours that Qatar will not be played on the best stage or at the best time. “It’s like the issue of climate change. Everyone knows it’s wrong, but nobody does anything,” Klopp said.

The English Premier League is still by far the best show. Not only in Argentina. It is the only League that is broadcast live to 188 countries. There is everything. Including the obscene money that also allows us to play a World Cup in Qatar. Germany has its own show with the Bundesliga. But it’s a one-man show. Bayern Munich. How else to describe a championship that has been won for ten seasons by the same team? What to say if on top of that if that team started the new season thrashing 6-1 a rival that has just won the Europa League (Eintracht Frankfurt led by Santos Borré and now Lucas Alario)? What if that team is not even tickled after the departure of one of the best scorers in its entire history (Robert Lewandowski left for Barcelona)? And what else if a talent like Jamal Musiala comes along, who will have to be watched closely when he plays for the German team in Qatar?

Of course, seeing Bayern Munich always win can be as boring as knowing that the PSG of Kylian Mbappé, Neymar and Messi will win Ligue1 in France again. Or that Real Madrid and a renewed Barcelona will once again dominate the Spanish League. The same Barcelona that let Messi go because of his debts but now gave up part of his assets and made financial maneuvers to strengthen himself almost like no one else this season. These are data that allow us to appreciate that football has its pros and cons everywhere. That there is no perfect League. Not even the English.

The start of the Leagues in Europe finds us with our championship in full swing. If Bayern Munich or PSG are boring always winning, here we are in a special moment. We have River and Boca irregular like few times, fallen after being eliminated from a Libertadores that, even without them, continues to interest us because Estudiantes achieved a valuable goalless draw in Brazil and because Vélez and Talleres played a formidable 3-2 in the going to Liniers. Here comes precisely the point that does dominate our football. Because in Vélez we saw scenes of terror, brave bars from Vélez hunting for fans of Talleres. To beat them to a pulp. With children in the place. And with no police or private security in sight.

In Córdoba, and with good reason, they criticized Vélez in a harsh tone for not knowing how to take care of security within their own stadium. In Vélez they speak of “infiltrators” and even of an “intern” in the Talleres bar. Anyway, the word barra brava continues to dominate our courts, even as we start a new season without visiting fans. It is a regulation that, at times, seems destined to stay forever, perhaps with specific exceptions, as there have been in recent times. Aren’t we ready to play with away fans yet? When will we be? Last Tuesday, Argentina ratified its desire to host the 2030 World Cup, along with Uruguay, Chile and Paraguay. It is sought to remember that the Cups began to be played in 1930 in Uruguay. The Centennial World Cup could not be held now only in Uruguay or because the Cups are already parties that require another infrastructure and enormous money. Although they are played in Qatar. Or in Argentina that decides that, for the moment, it is still better to play without visiting fans. With exceptions, of course. As it should happen in 2030.

Tags: exceptions, Show, Football
Serious racist incidents in Spanish football, again against Vinicius
The Reyes Cup is created, a grassroots football tournament in memory of the player from Utrera
Criticism of the play ‘Dribbling’: football, sociology and fame
FOOTBALL 3790