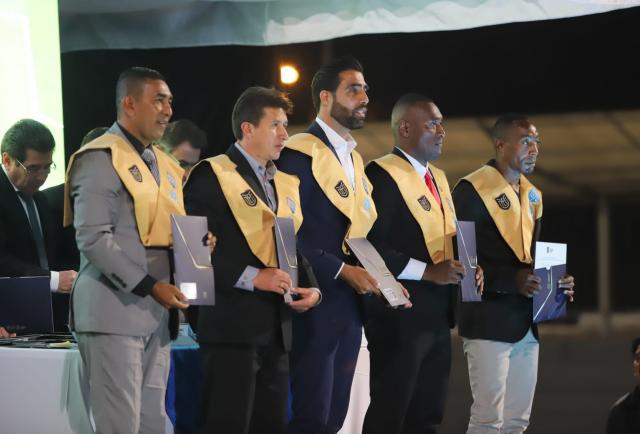 In an emotional ceremony held on the night of Monday, September 12, the athletes obtained their diplomas.

Among those who stole the most applause and looks were Damian Diaz, steering wheel Barcelona, and former players who shone in the Tri like Antonio Valencia, Agustín Delgado, Édison Méndez, Iván Hurtado, Giovanny Espinoza, among others.

The training was divided into 120 hours of practice on the field and 180 hours of virtual theory with teachers certified by Conmebol.

The course sought to complement the experience gained on the court with academic foundations and tools for their development as coaches.

Edmundo Méndez was designated as the most outstanding student and highlighted the importance of having more national coaches.

Francisco Egas, president of the FEF, commented that “you are living history of our football. You carry a backpack of experience that is invaluable. Together we will open spaces for Ecuadorian coaches.”

With the license, athletes can direct professionally and also share their knowledge with current and future generations.

Tags: receive, Trainers, license
“Those who know about football, know that we played a good game”
(VIDEO) TO THE CHITO VERA: UFC kick in the Ecuador Cup
Eto’o announced his candidacy to preside over the Cameroonian Football Federation
FOOTBALL 3747

Loading...
Newer Post
Pato O’Ward will be with McLaren in Formula 1
Older Post
The Spanish Golf Federation raises income by 6% in its historical year and closes in profit