“Football has changed, there is no longer an easy rival” 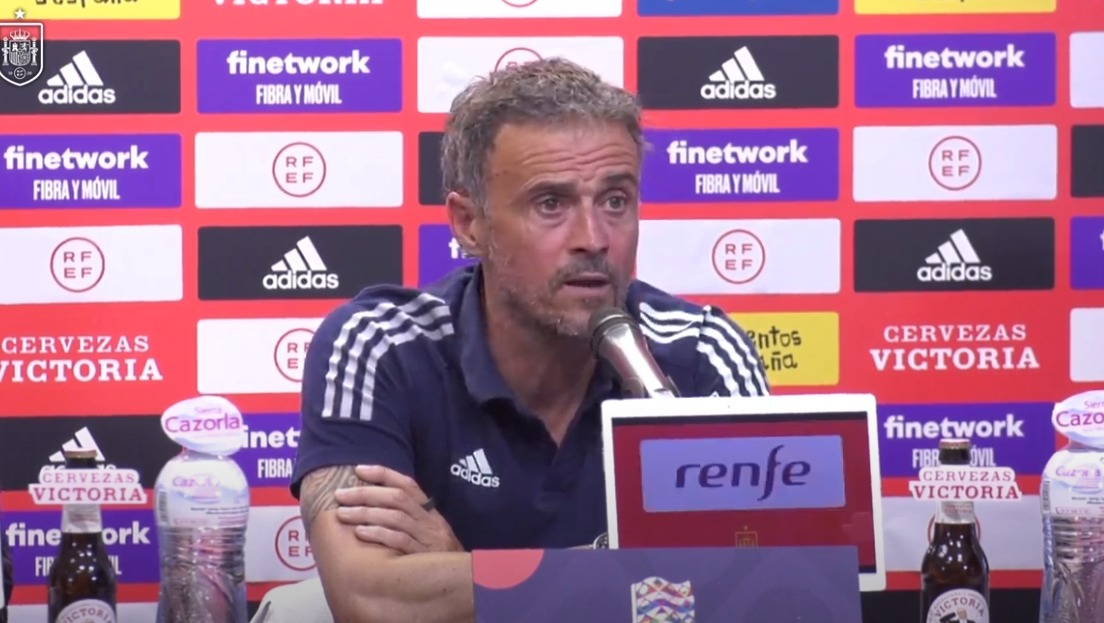 Spain visits the Czech Republic in the second match of the League of Nations, after a 1-1 dra

Spain visits the Czech Republic in the second match of the League of Nations, after a 1-1 draw at the Benito Villamarín. An appointment, a priori, simpler, but Luis Enrique has made it clear that there is no easy meeting in today’s football.

“A very difficult game awaits us. The Czech Republic are promoted from League B, but have shown that they can beat anyone. It’s a brave team that defends very well and also plays at home,” he explained about this Sunday’s rival (8:45 p.m.) Luis Enrique.

It was also questioned by Rafael Nadalwhich disputes this Sunday the final of Roland Garros (3:00 p.m.): “Hopefully I win the fourteenth and all the ones I want. A proud. There is room for everyone. The beauty of Rafa Nadal is not when he wins, but when he loses, he does so very little.”

Regarding Marco Asensio, Luis Enrique once again praised the Real Madrid player, “world top level”. “Not even six players have the shot he has. Football has more circumstances. has a chance again. We are giving our input. He didn’t play the first game, but there are three more to go. He is in one of the best clubs in the world,” he pointed out.

“I’m looking to have three starting goalkeepers and I think right now I have them. To be honest. I would have no problem with any of the three playing. Unai accumulates an interesting experience. a goalkeeper must start the game and generate the first superiority, which dominates the aerial game. I need portage to transmit peace and tranquility to me, that does not mean that they do not fail, mistakes are part of football. I really like what they generate“, Said the Spaniard regarding the goal.

Morata and the question of the center forward was another one that Luis Enrique had to answer: “The ‘9’ has to associate. There are clear conditions that all forwards have. They are the first defenderThey run like crazy and without the ball, they must have a bestial attitude. Without them, the National Team will not have a high defensive performance.”

“For the World Cup, it’s not definitive. Surely there are more than 23 cited and the intention is that no one is left out of the calls. Leaving out two or three players created problems for some teams at the European Championship. We didn’t have that problemthere was a fantastic atmosphere”, acknowledged the Spanish coach.

Luis Enrique influenced the work “with the ball”. “I don’t see any team that handles the ball like we do. Nobody gave a hard because we had the ball more than Italy and we had it. I would highlight what we do without the ball, but also with the ball regardless of how the rival is”, he stressed.

And in the face of doubts about Marcos Llorente‘Lucho’ defended him tooth and nail: “He is a player with a top physical level, who can play in various positions. He meets the profile we need, but that doesn’t mean he won’t have competition.”

Afutpa, concerned about heart attacks and sudden deaths in football
Brazil continues with its sweeping pace – Football
The Mayan Day – The Espanyol Club of Barcelona will hold a Soccer Camp in Yucatan
FOOTBALL 2703

Loading...
Newer Post
Mercedes-AMG One: the F1 street is already a reality and has just been presented
Older Post
NBA commissioner hopes to crack down on intentional fouls in transition