football has no memory 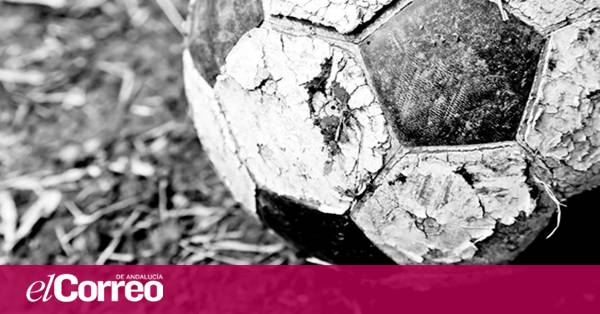 It is something that has been said many times and that is rarely remembered, especially when it goes well. Glory times that Sevilla FC has lived

It is something that has been said many times and that is rarely remembered, especially when it goes well. Glory times that Sevilla FC has lived long ago and must never forget, local successes, European successes, the excellences of the Nervión team were sung, not without clappers who magnified the successes achieved beyond the dimension and transcendence that I had, but it fell within a logic.

On the other pavement, in Real Betis, the neighbor was observed, with a strange point of admiration, healthy envy -in other cases not so healthy- and an example of how to do things, especially if one looked inward and I saw how the house in verdiblanco was missing many pillars yet to have –in all areas-.

Time goes by, everyone does things as they think best and as is more positive -in their opinion- and changes arrive, sales, signings, the “magician” Monchi doing his thing, buying very cheap and selling very expensive, growing, building the future.

The Verdiblanco signing what he could, within economic reach and with hardships, fighting for the middle of the table, which was always better than fighting in the basements of the classification.

But everything in life has cycles, many friends told me “the year Monchi is wrong we are going to have a hard time” but, the truth is, that with his mistakes and his successes, that did not come.

In front, things began to be done well, an administrative control was left, businessmen arrived who gave structure and logic to football in Heliopolis, they began to sell expensive and sign cheap, to get profit from the signings and having close to the quarry. The successes did not come soon but they did: qualifying for Europe, Copa del Rey…

But there are always clouds on the horizon and problems come in many forms: in Verdiblanco with a poor forecast of income -relying on capital gains- that led to the narrow salary limit imposed by the League suffocating the Betis directors. They looked for formulas to avoid pulling “levers” that would mortgage the future of the club -as FC Barcelona has mortgaged it and whose consequences could be disastrous- and the situation was saved “in extremis”. Humility to recognize the mistakes they have had publicly.

The planning? Correct, selling a player to barely make a profit and having to find another in the market that costs you what you don’t have and with a salary limit exceeded was nothing short of idiotic, so the decision was the right one: keep block and in 2023 God and Cordón will say.

Now the foundations are being laid so that it does not happen again, knowing that in June 2023 heavyweights will come out of the Heliopolis complex -by age- releasing important pieces and allowing desired and eager to arrive pieces to be incorporated… But the problems they must be solved by losing the fear of the “intimidating” capital increase, which is the most logical thing to do along with other restructuring formulas, so that it will not happen again.

In Nervión it is more worrying, he passed by the stadium after the match with Manchester City and some shouted at Lopetegui “Go away now, Betic!” I hadn’t heard that for a long time. Criticism of Castro, Monchi, the team. Obviously, Sevilla is not doing well, it has not started well and it has obvious weaknesses -not only in defense- but it is also true that the Nervionense engine has a hard time starting every year, maybe this one is a little slower but, for sure , it will carburete because there is quality, you just have to be patient there where -it is true- many points are being left behind and patience is what you do not have in football and ends up “guillotining” the coach…

Talking to very knowledgeable people in rojiblanco they told me: “The problem is not only planning and sales or transfers, the problem is the internal war that is brought about for control of the club” and analyzing everything I verify how it can be more certain than of rumour.

Football, in short, has no memory, the present is lived, the past does not matter, behind is the Copa del Rey or the Europa League, the pats on the back and the clappers. It matters today, now, the current moment and it is better to always do things well and lay solid foundations to patch up tomorrow and even more so in a season as atypical as the present one, the one that buys a World Cup in December for money and interest .

Loading...
Newer Post
Meet Piloxing, the trendy combination of boxing and pilates to lose kilos
Older Post
These are the boxers who have generated the most money after their retirement today