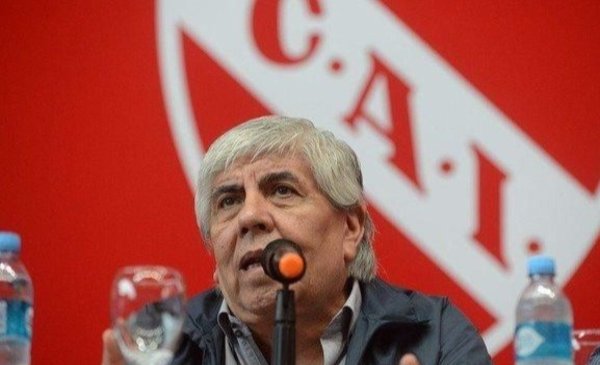 How do you run a football club? Do bankers, hoteliers, businessmen who lead clubs take special courses? And the trade unionists? Did the former

How do you run a football club? Do bankers, hoteliers, businessmen who lead clubs take special courses? And the trade unionists? Did the former players, established champions, fare better than the ball inexperienced who simply showed up with their wallet and contacts? How to separate the legitimate claim of the partners, from the fury for a bad campaign and from the bar that always responds to other types of interests? Because everyone is supposed to be a fan of that club. And that they want the best for the club they love, to which they dedicate a good part of their hours, joys and sorrows. But, when the ball stops entering the rival’s goal, the differences that were previously secondary begin to accentuate. And business, interests and personal projects jump. And, as happens on the field, the best is the one who doesn’t play, as if he had no past or responsibility.

Argentine clubs, we know, are non-profit civil associations. The leaders may have more or less wallet and more or less power. But they need the vote of the partners. There is no ideal model. European fans revile the foreign tycoon who owns their club when the results don’t come through, but they celebrate when his money allows them to sign the superstar of the day. There is no way to demand elections from them. In the ’80s and ’90s, the idealized model was the Italian, because Diego Maradona, Zico, Michel Platini, all the best, competed there every weekend in packed stadiums. But that model exploded with imprisoned leaders, accused of using the passion of soccer to launder their money. The Lazio that had signed Juan Sebatián Verón, Hernán Crespo and Faustino Asprilla, among many, presented itself as “the 21st Century club”, supposedly more transparent because it was listed on the stock market. It was a scam. Just like the Parma that Parmalat managed. And that many others.

Spain occupied the next place because it offered for years the clash between Leo Messi’s Barcelona vs Cristiano Ronaldo’s Real Madrid. But precisely neither of those two clubs were Public Limited Companies, as almost all the rest of the teams continue to be. In Real Madrid, yes, Florentino Pérez eternalized himself president by imposing requirements impossible for any rival to meet, including a guarantee that today exceeds 25 million euros. And Barcelona, ​​we know, exploded economically and today it is remade at the cost of giving up a good part of its heritage and future businesses. As always: if the audacious bet succeeds, everyone will praise President Joan Laporta. If it goes wrong, Laporta will go down in history as the person responsible for putting an end to Messi’s era at the Catalan club.

The new idealized model became the Premier League. The English League accepted money of all colors and shapes. It did not matter whether the current owner was a former Thai minister accused in his country, a Russian close to Vladimir Putin or an American banker who mortgaged the club to pay for his own acquisition. They are bosses who do not leave for the world, no matter how poor the campaign is and noisy the protest of the fans, as happened last season against the new fiasco of the powerful Manchester United. The Premier took a second and strong step by also copying the PSG-Qatar model and accepting (cheating included) that controversial states took over clubs, as happened with Abu Dhabi and Saudi Arabia, owners of Manchester City and Newcastle, respectively.

There are no ideal models. In Italy before, Spain later and England now also play political and economic interests in each operation. Silvio Berlusconi used Milan to be prime minister, regions in Spain favor their local teams and the English government kicked Roman Abramovich out of Chelsea when Putin invaded Ukraine. The Arab sheikhs of the Premier are not more democratic or transparent than Hugo Moyano, to cite the name of the club president most in check at this time in our football, with thousands of Independiente fans demanding that he leave. Moyano has been leading the Truckers Guild for more than thirty years, among many other activities. And he never suffered a claim as strong as the one on Friday night to call elections. With all its flaws, the world of football, like him, remains a popular and democratic exercise. That forces their powers to account for their actions. Especially, of course, when the ball stops entering the rival goal.