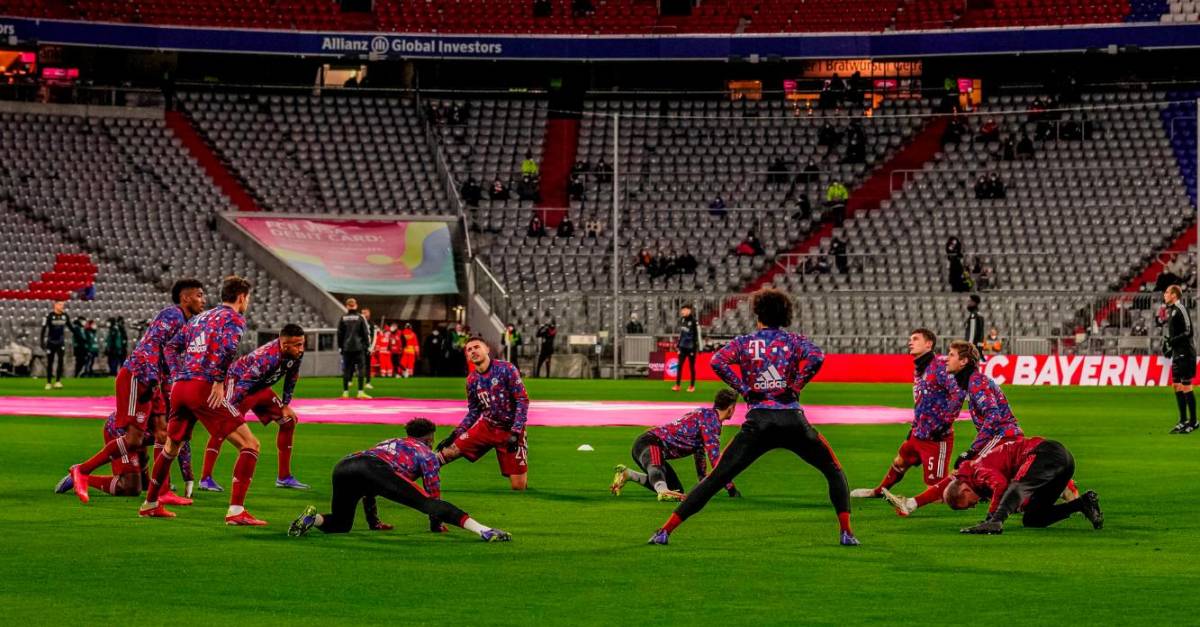 Bayern Munich will have to play behind closed doors, like the rest of the German clubs, as announced on Tuesday by the Prime Minister of the Land

Bayern Munich will have to play behind closed doors, like the rest of the German clubs, as announced on Tuesday by the Prime Minister of the Land of southern Germany, Markus Söder.

The head of the Bavarian Government demands that, on the occasion of the rapid expansion of the fourth wave of covid-19 in Germany, the access of fans to stadiums throughout the country be prohibited, a measure in which he will insist on a meeting between federal states and central government.

“It is important to decide today in a unitary way for the whole country that spectators are not admitted. If this does not work at the federal level, we would do it alone at the Bavarian level, &#8220;Söder told the regional channel&#8221; Bayerischer Rundfunk &#8220;.

The Bavarian Prime Minister defended the measure, noting that the high mobility involved in the arrival and departure of fans from the stadiums is not justifiable right now, when Germany is in the middle of the fourth wave.

“Soccer has an important role as an example. Right now we have to reduce contacts everywhere, &#8220;wrote Söder on his Twitter account.

The measure will be in effect at least until the end of the year, a period in which Bayern Munich have two Bundesliga games to play at home and the Champions League second leg against Barcelona.

Other Bavarian clubs like FC Augsburg and SpVgg Greuther Fürth will have to give up their fans for the time being.

The cumulative incidence over seven days fell slightly in Bavaria on Tuesday for the fourth consecutive day and stood at 618.2 new infections per 100,000 inhabitants.

Meanwhile, throughout Germany, the incidence fell for the first time this Tuesday after a month of continuous peaks, with 452.2 new infections compared to 452.4 on Monday, according to data from the Robert Koch Institute (RKI) for virology. .

Loading...
Newer Post
Haney, count in negative – Sport-Journal
Older Post
Cris Cyborg explains that leaving the UFC and going to Bellator was ‘the best decision of her career’