Football turns upside down with Alexia 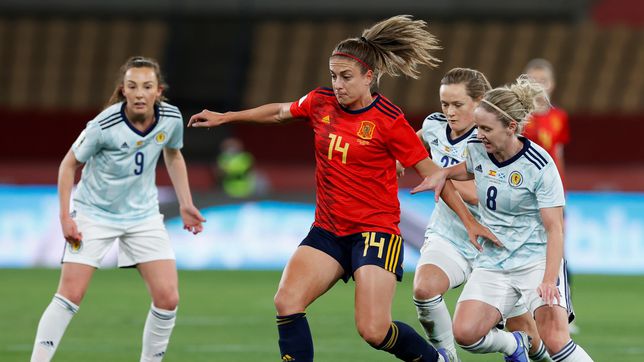 All with Alexia Putellas. The world of football, national and international, turned to the Ballon d'Or after his rupture of the anterior cruciate

All with Alexia Putellas. The world of football, national and international, turned to the Ballon d’Or after his rupture of the anterior cruciate ligament in his left knee was confirmed. From the Americans Megan Rapinoe, also winner of the prestigious individual trophy, or Christen Press, who suffered the same injury in June, to ex-Barca players like Carles Puyol or Xavi, passing, of course, through a large number of companions of the star of the National Team in Spanish football.

“A lot of strength”, Puyol wrote next to a photo of him and Mollet del Vallés on Instagram. The legendary Blaugrana central defender was one of the first to speak out, and was followed by some of his teammates at Barça. “We all want to see you playing soon,” Iniesta said. “You will come back stronger”, pronounced a Xavi who accompanied his words with a photo together with a very young Alexia. In addition, other players such as Borja Iglesias, Arthur Melo, Gerard Deulofeu or Álvaro Vázquez sent him their love.

Meanwhile, her fellow professionals, both international and national, filled their networks with affection. “I wish you a speedy recovery,” Rapinoe told him; “You are strong,” added Press.

FIFA, the national teams of the Netherlands, France, clubs such as Cádiz, Atlético, Willy Hernangómez, Ona Carbonell, Paula Badosa, Garbiñe Mugurza… Numerous institutions and athletes have sent their messages of encouragement and hope to an Alexia who is He faces the most delicate moment of his career.

“I appreciate all the messages and details I have received. From the heart”, the National Team player wrote on her social networks, in a text in which she highlighted, above all, her love for football: “It was and is my passion and this process will be a challenge, but I trust recover, get back on track and finish what I started. See you soon”.

Loading...
Newer Post
Boxing: Mayweather launches against Canelo: “He became famous for being my opening act”
Older Post
The great distinction of the US Open to Niemann and Mito Pereira