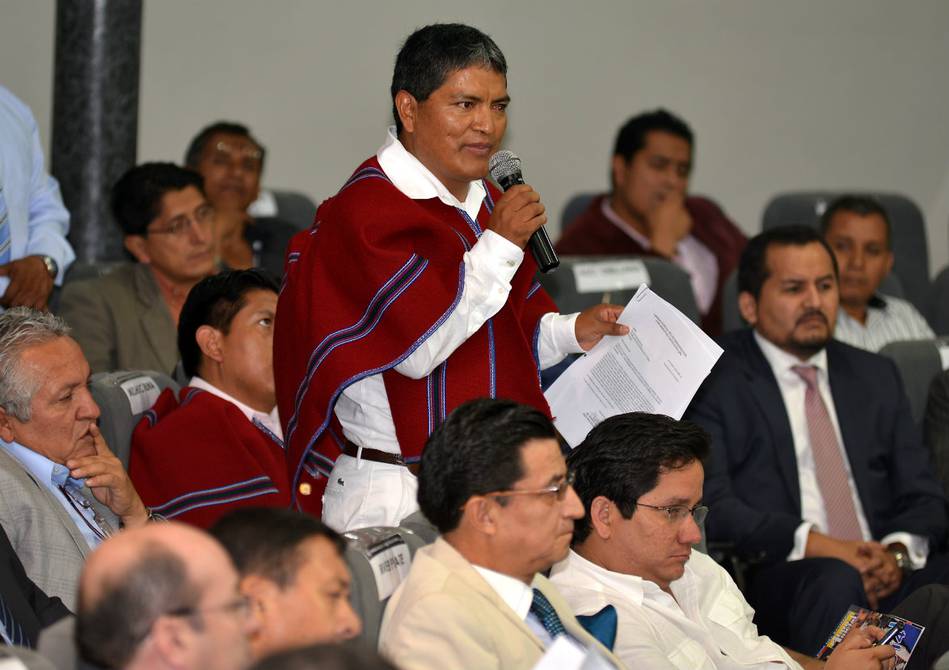 President Luis Chango points out that his club is seen as "the last tire on the car" by the entities that run football nationwide.November 22, 2021

President Luis Chango points out that his club is seen as “the last tire on the car” by the entities that run football nationwide.

Contrary to what it would be to celebrate a qualification to an international tournament, with his second pass to the Copa Sudamericana in six years in Serie A, the leadership of Mushuc Runa thinks of “withdrawing the club” from Ecuadorian football, this due to the constant “dedications ”, According to Luis Chango, president for life of the indigenous club.

Chango highlighted the “reason for satisfaction for our city (Ambato), the province (Tungurahua) and the indigenous peoples”, for achieving its second classification to the South American, after participating in 2019, as a result of “a work process”, although This has seen obstacles from the entities that run national football.

“We are considered the last tire on the car, the emergency one,” said Chango this Monday in dialogue with Sport-Journal.

The manager referred to the “lack of vision in the Ecuadorian Football Federation, LigaPro and GolTV”, this in reference to the television broadcasts of the date 14 of the second stage, in which the Ponchito game was played in deferred.

“The fault lies with the LigaPro Competitions Commission, because they know which game to say whether to broadcast or not, in our case it was that, with a reprise on Sunday night,” he said.

But the discomfort goes further, and Chango points to regulatory issues, mainly due to the capacity that the stadiums must have for LigaPro games, defined in 10,000 fans by 2022.

“We have improved the sports scene in Echaleche (8,200 locations), of course it does not look like the large stadiums at the country or abroad level, but we do it according to our budget, little by little, even with mingas as is the characteristic of the peasant sectors, but now they have a minimum capacity of 10,000 fans, so it means that they will no longer allow us to play there, before they were the lights, that is an indirect dedication for Mushuc Runa Sporting Club ”, said Chango.

🎙🗣️ Dr. Luis A. Chango from @ ClubMushucRuna1 on #MundoDeportivoEC : “There is dedication for #MushucRuna, and that is why they do not allow or will allow us to play in our stadium. They put us many obstacles “
Working with national sense 🇪🇨

The principal of the Ambateño team revealed that “in his institutional life, Mushuc Runa has not played with more than 6,000 people, that against Barcelona SC, Emelec or Liga de Quito. We have played with an average of 2,500, and now they ask for a minimum capacity of 10,000, that is already a dedication, even from the Federation, “he said.

In relation to this entity, Chango questioned decisions regarding the capacity of the Independiente del Valle stadium.

“When they had a stadium for 7,000 (General Rumiñahui), they approved it, now as they are judge and party, and they already have a stadium for 12,000 (Banco Guayaquil), they ask for a minimum of 10,000 fans, indirectly it is a dedication for Mushuc Runa, that is why we are analyzing leaving to participate in LigaPro, because it cannot be that in the indigenous peoples we make all the effort and work and they do not let you play ”, he pointed out.

“For all this we analyzed it, and a lot of nonsense too, a lot of bullshit, as if it lived off football, when it is the opposite, that bothers me, it stresses me, I have been sanctioned for claiming energetically; So then, it is better to think about leaving football, last week I exposed it (to the leadership), let’s disappear from football, we retired, ”said Chango.

Although he announced that he will seek dialogues with the entities that run soccer at the national level “to seek solutions to these provisions,” Chango said that LigaPro is already aware of the decision to withdraw the club from soccer. “Because if they put countless obstacles on us, and if sooner or later they will want to disappear, then it is preferable to withdraw,” he emphasized.

As an advance of his intention, Chango also let it be known what the future of the squad will be: “We will speak with the coach and the players, we will apologize and if this is the case we will withdraw from football,” he concluded. (D)