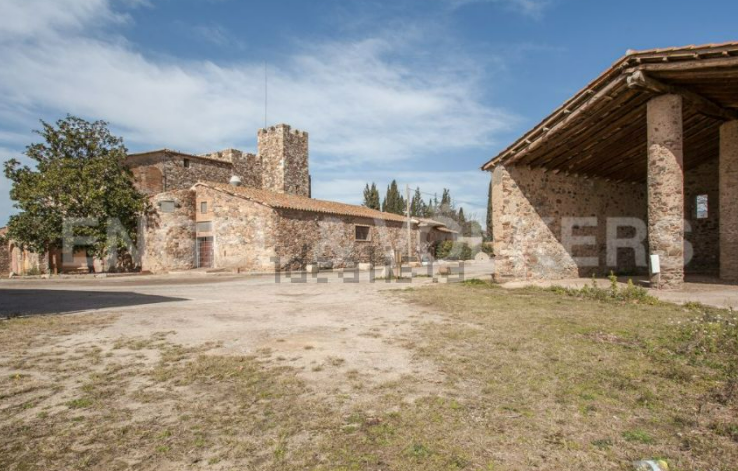 Built in the 12th century, the Castle of Rosanes of Gothic style was considered one of the most important properties from La Garriga (Vallés Orie

Built in the 12th century, the Castle of Rosanes of Gothic style was considered one of the most important properties from La Garriga (Vallés Oriental in Barcelona) in the Middle Ages. With 764 m2 built, it is a work declared a cultural asset of national interest. It is for sale at idealista for 5 million euros.

It conserves a square tower, walls and part of a round tower. Its structure is that of an old castle, it has a square-shaped walled enclosure, and circular-based towers rise. It currently houses a restaurant business and has golf courses.

On the ground floor, there is the old winery, by stairs you access the first floor, where there is an old kitchen, a large living room with a fireplace and access to a terrace with views of the golf courses and a couple of rooms. The two upper floors of large spaces are totally to reform.

Parallel to the castle is a currently renovated guesthouse with 3 bedrooms and 1 bathroom. This property consists of 180,000m2 of agricultural and sports land, of which 15.3 hectares are an 18-hole golf course, currently in operation.

The Castillo Can Rosanes is located in the town of La Garriga located in the Vallés Oriental and just 35km from Barcelona, ​​with quick access to the N-II and AP7. With bus and RENFE transport services, R3 line that connects in the direction of Barcelona and Puigcerdà. Its location on the border with the Montseny Natural Park and the presence of thermal waters made it one of the favorite summer resorts of the Catalan bourgeoisie at the beginning of the 20th century.

Loading...
Newer Post
NBA injuries: Derrick Rose and the end of the uncertainty surrounding his discomfort
Older Post
F1 race in Turkey: results, summary and reactions of Alonso and Sainz at the Istanbul circuit