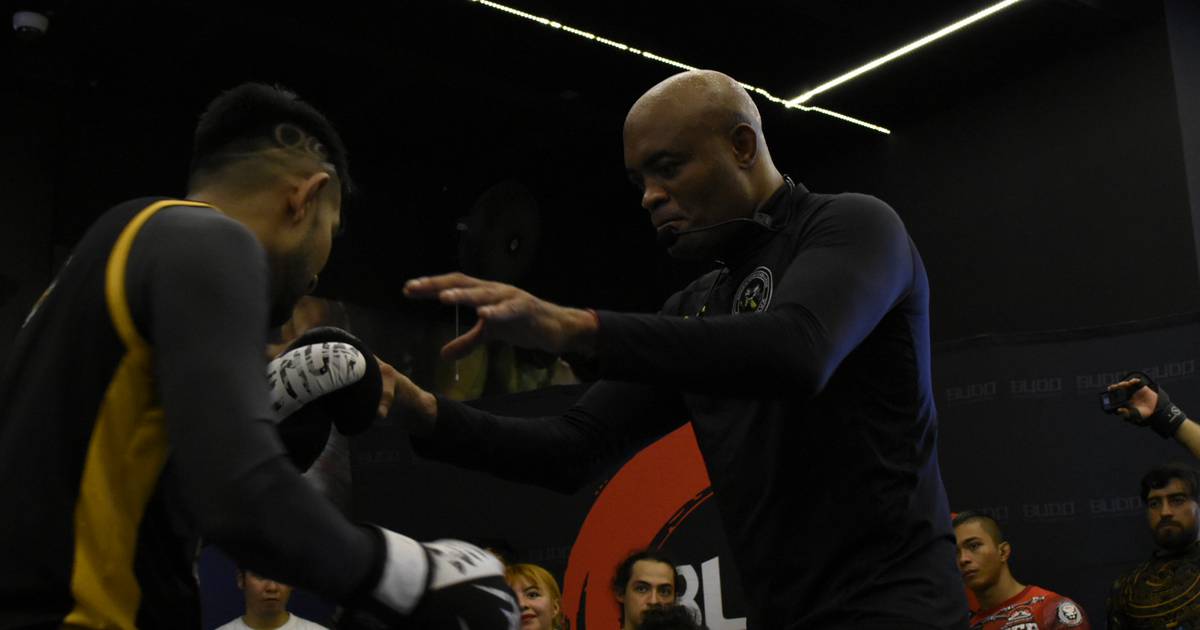 The Brazilian mixed martial arts fighter, Anderson Silva, offered a discipline clinic in Mexico City. The Brazilian said he was "impressed by the

The Brazilian mixed martial arts fighter, Anderson Silva, offered a discipline clinic in Mexico City. The Brazilian said he was “impressed by the number of people interested in martial arts in Mexico and happy for the reception in the country’s capital.”

Summer of savings with Bodega Aurrera

Asked about his current status as a former champion of the Ultimate Fighting Championship (UFC), Anderson explained “feeling very good mentally and physically.” He also mentioned that the “structure in Mexico is very similar to the facilities in Brazil” and with it any Mexican fighter could stand out.

The São Paulo native is known for his great Muay Thai skills, and also holds a black belt in Brazilian jiu-jitsu and taekwondo. The event organized by Budo Sento Championship was attended by 350 people who were able to meet and take some photos by the former UFC champion.

Finally, he commented that his last fight was “quite calm for him” because he had already tentatively planned his professional retirement from the octagon in advance and now he enjoys the time, he smiles when he remembers his fights and is excited about the Mexican talent he expects, someday. day, become world champion.

“I love Mexico”, declares Fernando Verdasco during his visit to Los Cabos

Loading...
Newer Post
Logan Paul net worth: how much are the mansions that the youtuber has had in his life worth?
Older Post
49ers-Cardinals ignite the atmosphere of the NFL in Mexico after two years | Mexico | America Edition