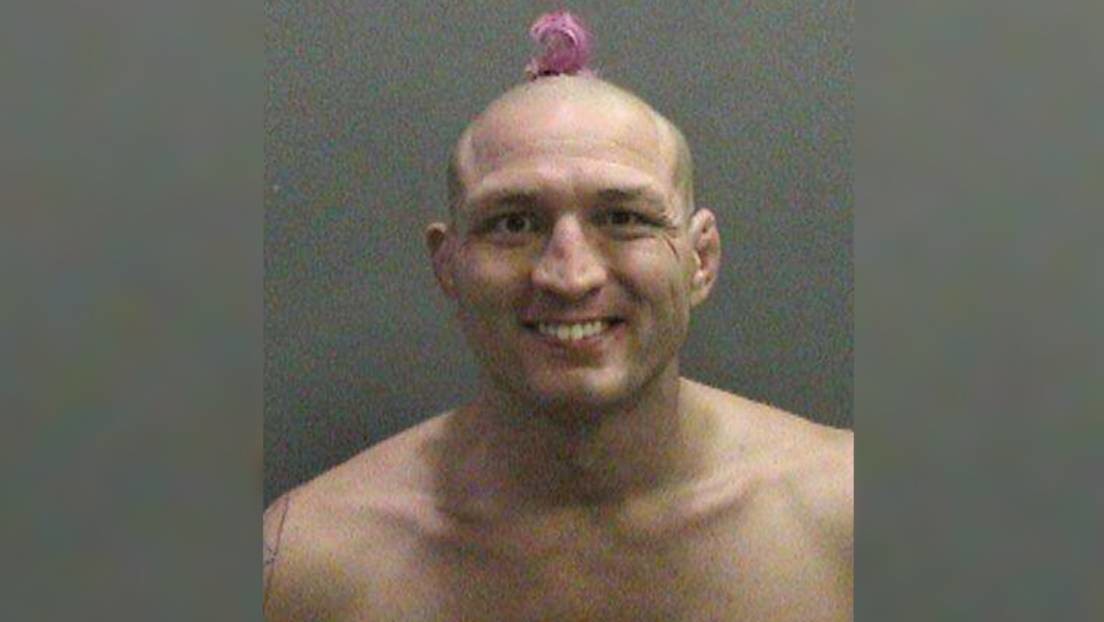 It is not the first time that Jason ‘Mayhem’ Miller has been involved in an incident with the police. He has been arrested more than a dozen times in the last 10 years, for various crimes.

Jason Miller, a well-known UFC expeller, was recently arrested for a “felony” domestic violence and is subject to bail set at $ 1.3 million, according to an online record from Los Angeles authorities. , USA).

According to police sources cited by the TMZ portal, officers from a police station received at 3 in the morning on September 10 a call from a woman who was screaming for help. They went to her home and found her with visible marks of abuse on her face and neck.

Miller was at the scene, who resisted and refused to cooperate with officers trying to stop him. A fight broke out and the officers had to reduce it using an electroshock pistol (taser). He was eventually handcuffed, taken to a hospital, and later prosecuted.

Jason “Mayhem” Miller was arrested for felony domestic violence this morning in LA, but refused to go quietly, allegedly fighting with cops who were forced to tase the former MMA star. https://t.co/8ZCSHxkiND

It is not the first time that ‘Mayhem’, as it is also known, has been involved in an incident with the Police. He has been arrested more than a dozen times in the last 10 years, for vandalism, battery, assault on officers, and breaking and entering, among others.

Last May he had been sentenced to 364 days in jail and two years of probation, for a felony of vandalism and attempted grand theft. Two months later, he released a statement denying reports that he was behind bars. He said he had been released and admitted that he had had mental health and drug abuse problems, but now felt “better than ever.”

In July 2019, he received a one-year sentence for gross vandalism and a misdemeanor of violence. By that time, another suspended sentence, four years in prison and three years of probation for domestic violence in 2017, was already heavy on his record. In 2011 he had been arrested and charged with assault for submitting his sister with a wrestling key in neck and refuse to let go.

Miller, 40, enjoyed an important and respectable career in the UFC, with victories over Hall of Famers Kazushi Sakuraba, Robbie Lawler and Tim Kennedy. His résumé includes clashes with company legends such as Chael Sonnen and St-Pierre, to whom he lost by unanimous decision. He held a 28-10 record until his retirement in 2016. His last fight was with the Venator FC promotion, after four years out of the Octagons, against Italian Mattia Schiavolin, who beat him. His last victory had been in 2010.

“He will lose control”: they ask that the UFC not release Jon Jones to avoid something worse
“CM Punk didn’t do well in the UFC, but he had the courage”
MMA: Incredible! Connor McGregor travels to the Vatican and ends up in a fight with a famous Italian singer
UFC/MMA 336

Loading...
Newer Post
The center of the field that comes in the Real Madrid
Older Post
Boxing: Yordenis Ugs: “Pacquiao’s is the most important fight of my life”