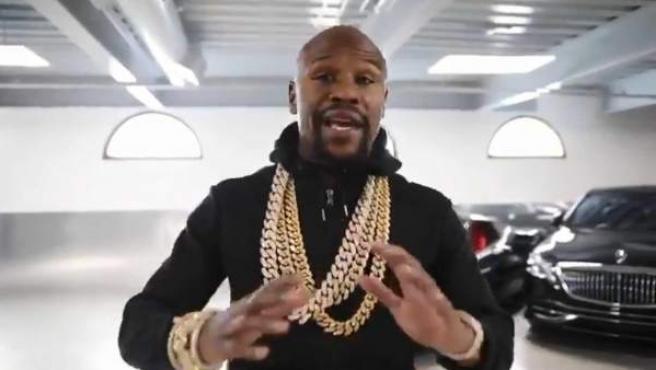 LOS ANGELES - Boxing legend Floyd Mayweather Jr. and reality star Kim kardashian face a demand in which it is alleged that investors were misled i

LOS ANGELES – Boxing legend Floyd Mayweather Jr. and reality star Kim kardashian face a demand in which it is alleged that investors were misled in their promotion of a token of cryptocurrency.

The cryptocurrency market has been on the tightrope since the end of 2021. The lack of investor confidence and the risk given the prospect of an increase in interest rates Federal Reserve have caused widespread declines in the value of cryptocurrencies.

The demand, presented by a New York resident who bought EMAX tokens and lost money, is proposed as a demand Collective for anyone who has purchased EMAX tokens from mid-May to the end of June 2021.

The bitcoin it has fallen about 40% since November. Even so, many users continue to invest in this type of digital currencies, seduced by advertisements and promotions starring celebrities from the world of cinema or television.

The demand was filed on January 7 in federal court in Los Angeles and it states that Kardashian and Mayweather Jr promoted tokens sold by EthereumMax, or EMAX, with the aim of increasing their price and making a profit “at the expense of their followers and investors ».

Inspire ‘Catan’ to young people through boxing
When does Canelo fight? The best boxing fights for the year 2022
Shuan Boxing joins ‘Probellum’ to elevate boxing
BOXING 1355