Formula 1 2021: the best championship in history – The preview 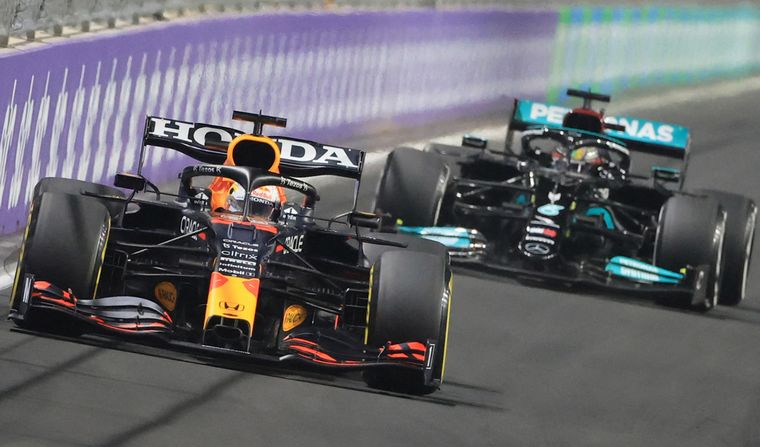 Formula 1 gave us a wonderful season this year, one of the best it has ever produced, with the great Verstappen - Hamilton a

Formula 1 gave us a wonderful season this year, one of the best it has ever produced, with the great Verstappen – Hamilton and Red Bull – Mercedes battles.

22 grand prizes to get to the top, from Bahrain to Abu Dhabi, to reach the final race tying the points for tenth, it seemed like a story.

And re-launching a green flag on the last lap, of that last grand prix, with the two cars and the two drivers on par, was directly magical. If one were to write it in a movie script, the producer would be able to ask us not to be so exaggerated.

But that&#8217;s how it happened. Aided by a rule change that cut lower aerodynamic surfaces by 10 percent, detracted from Mercedes&#8217; performance and enhanced the aerodynamics of the Red Bull&#8217;s upper.

Max Verstappen and Lewis Hamilton shared the first grand prizes, but the Dutchman gained momentum in Monaco &#8211; where he won for the first time &#8211; and if the rubber did not explode when he was winning in Azerbaijan &#8211; where Hamilton touched the blessed button on the steering wheel and crashed relaunching against Checo Pérez &#8211; the Dutchman would have won 5 in a row.

It was an account that charged him in a curve of almost 290 kilometers per hour, the &#8220;copse corner&#8221;, where he left the Mercedes on Max, who ended up crashing and screaming. The Englishman was punished for a five second extra charge and three grid positions for the next race, but was left with the victory at Silverstone. A bicoca, and the thing was burning.

A crash generated by Bottas eliminated the Dutchman from the race at the Hungarian Grand Prix, where Hamilton climbed to second place and put himself within range in the championship. The pole &#8220;at home&#8221; in Belgium only served Verstappen to win half the points, and on the return of the Netherlands to the championship, the victory and the party returned the soul to the body: it seemed that it tipped the balance definitively.

Italy was another aggressive chapter. Hamilton came out of the pits and tried to block Verstappen&#8217;s pass at the chicane. The Dutchman went with everything, they got hooked at the start and the two ended up stuck in the leca. There it was the Dutch who took three places on the penalty grid for Russia, where the English won again.

For Turkey, Mercedes changed the fourth engine to Hamilton, who started eleventh and could not pass the final fifth place, which made him lose the top of the championship again.

The United States and Mexico went to Verstappen, who seemed to be defining things, but Mercedes appeared in Brazil with a new engine for Hamilton that left his rivals standing on the straights: Lewis started last and won the race.

Verstappen minimized the damage. He was second in Brazil, Arabia and Qatar. He reached the final race in Abu Dhabi tied and lit candles to defend himself there from the new invincible engine of the Englishman. He made pole, but when Hamilton accelerated at the start he ran away and there was no way to hit it.

But… you saw it. The god of racing had a surprise at the end, and brought them together after Latifi&#8217;s dismissal at the relaunch of the last lap. Hamilton had his great engine, but Verstappen came out with new soft tires, and the finish is the one we all know.

The Englishman, who was on the verge of reaching his eighth world title and fifth in a row, saw the 33rd Red Bull enshrine the best driver of all who have ever challenged him: the new champion, Max Verstappen.

And red bunting &#8230; I hope the Americans of Liberty have more of these saved stories.

See you next year, in another balance of Formula 1.

Loading...
Newer Post
Christian Horner highlights his role in the excitement of F1: “They should buy Red Bull a huge Christmas basket”
Older Post
Boxing: Sergio Garca, or fight in the United States or to regain the title of Europe