Formula 1 aerodynamics at the service of the cyclist 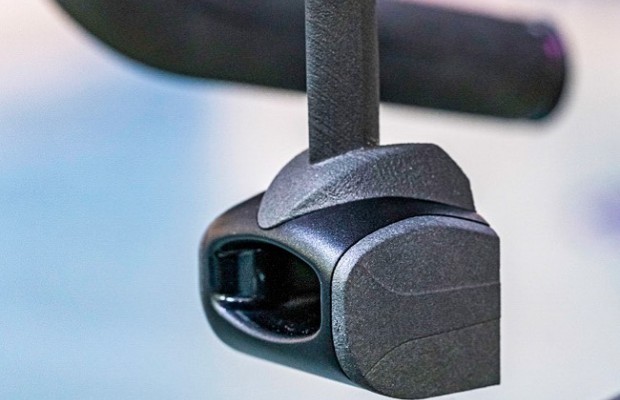 Riding faster while generating the same power is possible if we are more aerodynamic. To achieve this "free" speed comes the new Aerosensor aerody

Riding faster while generating the same power is possible if we are more aerodynamic. To achieve this “free” speed comes the new Aerosensor aerodynamic analysis system, capable of studying the cyclist’s resistance in the real world.

In recent years, the aerodynamics has become one of the main fields of research when it comes to achieving improvements in performance of cyclists and, above all, long-distance triathletes.

Traditionally, calculating the aerodynamics of the bike and rider involved spend long sessions in the wind tunnelsomething available only to professional athletes who took advantage of the preseason to carry out their aerodynamic tests with which to try to establish improvements for the coming campaign.

Aerosensor is the result of 4 years of development by the hand of Barney Garrod, former aerodynamicist with more than 20 years of experience in the world of Formula 1 in the ranks of teams of the stature of Ferrari or Mercedes.

The central part of the system is a probe that is placed in front of the handlebar. With aerodynamic lines, so as not to influence the aerodynamics of the whole, the probe is reminiscent of the pitot tubes used in airplanes to measure various aerodynamic parameters.

However, the Aerosensor probe goes much further as it is capable of measuring, in addition to wind speed, its angle of incidence, air density or the pressure exerted by the wind.

These data are cross-referenced with information from speed and power to, applying an algorithm developed by Aerosensor, calculate the aerodynamic coefficient.

When comparing the readings of the Aerosensor with those of the bike’s potentiometer, it is essential to take into account the slope on which the cyclist is, since the slightest inclination of the road has a great influence on the power generated. To do this, the Aerosensor probe also has a precise barometer capable of detecting unevenness variations of just 10 centimeters.

Also important is the ability to measure the wind incidence angle which, at the speeds at which the bikes move, has a significant impact on aerodynamic resistance, as this parameter is the result of combining the real angle of the wind with the cyclist’s progress.

The system is completed with another sensor that is placed on the stem. Is about Aerobody, a laser measurement device with which the rider’s position is initially recorded taking as reference the position of the head, the trunk and the abdomen. From there it is able to analyze the variations in height of the position to take into account the variations that are made, whether they are intentional or due to fatigue or the difficulty in maintaining the position under effort, in the measurements obtained by Aerosensor.

The last element of the system is the lap counter aerodromeable to record times to the millisecond to ensure that the Aerosensor measurements gain in precision with respect to the speed data obtained by the GPS, which, as we well know, have a certain margin of error inherent to the satellite positioning system.

To visualize and analyze this data, Aerosensor has developed an application that has a small app for Garmin IQ that allows us to show on the screen of our cycle computer all the data and measurements obtained by the system to be able to even make adjustments, for example adopt a certain position, on the fly.