Formula 1 after the French GP: what’s to come and the positions of drivers and constructors 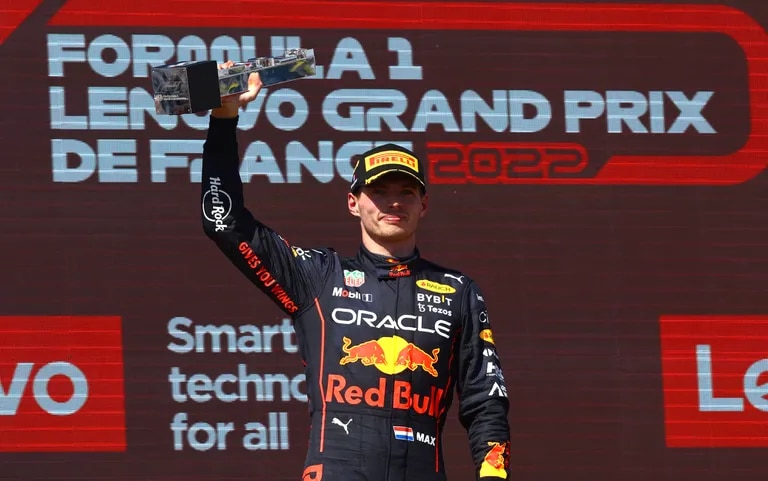 Formula 1 faced this weekend the twelfth date of its 2022 calendar at the Paul Ricard Circuit in Le Castellet, France. In this edition, the Dutch

Formula 1 faced this weekend the twelfth date of its 2022 calendar at the Paul Ricard Circuit in Le Castellet, France. In this edition, the Dutch Max Verstappen stayed with the victory and, in this way, he won his seventh Grand Prix of the season (he had previously won first place in Saudi Arabia, Emilia-Romagna, Miami, Spain, Azerbaijan and Canada). The podium was completed by the British Lewis Hamiltonwho achieved his fourth consecutive podium and his first second place of the season, and George Russell.

On lap 18, Charles Leclerc had to abandon the race after an accident when he was in the first position. Breathing hard, the pilot yelled, “It’s the throttle again! Noooooooooo” while the images showed how the different mechanics and Ferrari officials took their heads. In this way, he allowed Verstappen to move further away in the World Championship standings.

The Dutch driver Max Verstappen, of Red Bull, moves away in the first place of the standings after his victory in France,Manu Fernandez – AP

Verstappen is moving away in the standings and is getting closer to winning the championship. He is the one who has reached the most podiums so far this season with nine in 12 races (The exceptions were in Bahrain, Australia and Great Britain). In second place, with six podiums each, appear Sergio ‘Czech‘ Pérez (finished fourth) and Sainz Jr. (finished in fifth position). George Russell, for his part, got into the top three for the fourth time so far in the World Cup after what was done in Azerbaijan, Spain and Australia).

Loading...
Newer Post
Trump questions the authorship of 9/11 in a golf tournament financed by Saudi Arabia
Older Post
The unexpected Colombian soccer team that Neymar has in his museum