Formula 1 after the Silverstone GP: what’s to come and the positions of drivers and constructors 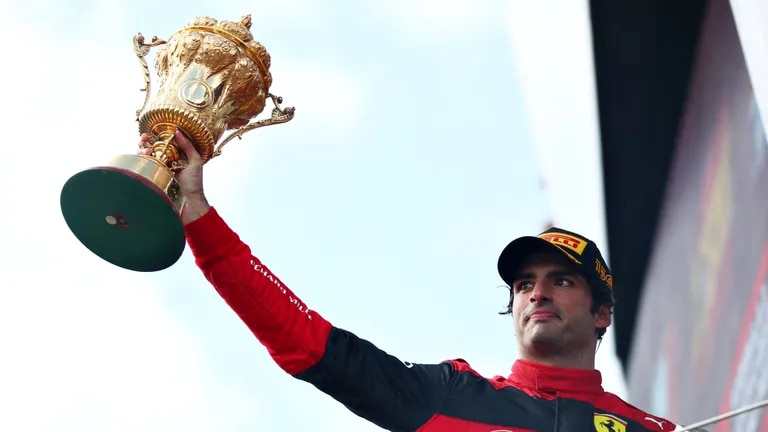 The Formula 1 faced this weekend the tenth date of his calendar 2022 in Silverstone, where the first World Cup race was held in 1950 and, since the

The Formula 1 faced this weekend the tenth date of his calendar 2022 in Silverstone, where the first World Cup race was held in 1950 and, since then, there has been activity every year. In this edition, the Spanish Carlos Sainz Jr. took the victory and, in this way, he got the first Grand Prix of his career. The podium was completed by Sergio ‘Czech‘Perez and Lewis Hamilton.

Sainz jr. entered the history of motorsports with his first victory in F1. In addition, Spain won a GP again after nine years, when Fernando Alonso won in China and Catalonia in the 2013 season. It is the third time so far on the 2022 calendar that there were three different constructors on the podium (the others were in Australia with Ferrari (Leclerc), Red Bull (Pérez) and Mercedes (Hamilton) and in Canada with Red Bull (Verstappen) , Ferrari (Carlos Sainz Jr.) and Mercedes (Hamilton).

Verstappen, who finished seventh, was the one who reached the most podiums with seven in ten races (the other exceptions were in Bahrain and Australia, where he had to retire due to a fuel leak). In second place, with six podiums each, appear Pérez (finished second) (Australia, Emilia-Romagna, Spain, Monaco, Azerbaijan and Great Britain) and Sainz Jr. (Bahrain, Saudi Arabia, Miami, Monaco, Canada and Great Britain ) while Leclerc (who finished fourth) has four (Bahrain, Saudi Arabia, Australia and Miami).

For its part, George Russell (Australia, Spain and Azerbaijan) and Lewis Hamilton (who finished third as well as in Bahrain and Canada), finished in the top three three times and lando norris in one (third in Emilia-Romagna).

Mercedes-AMG One: Features, video and photos
Has not lost a position since joining F1
This is the luxurious plane of the current Formula 1 champion
FORMULA 1 1937