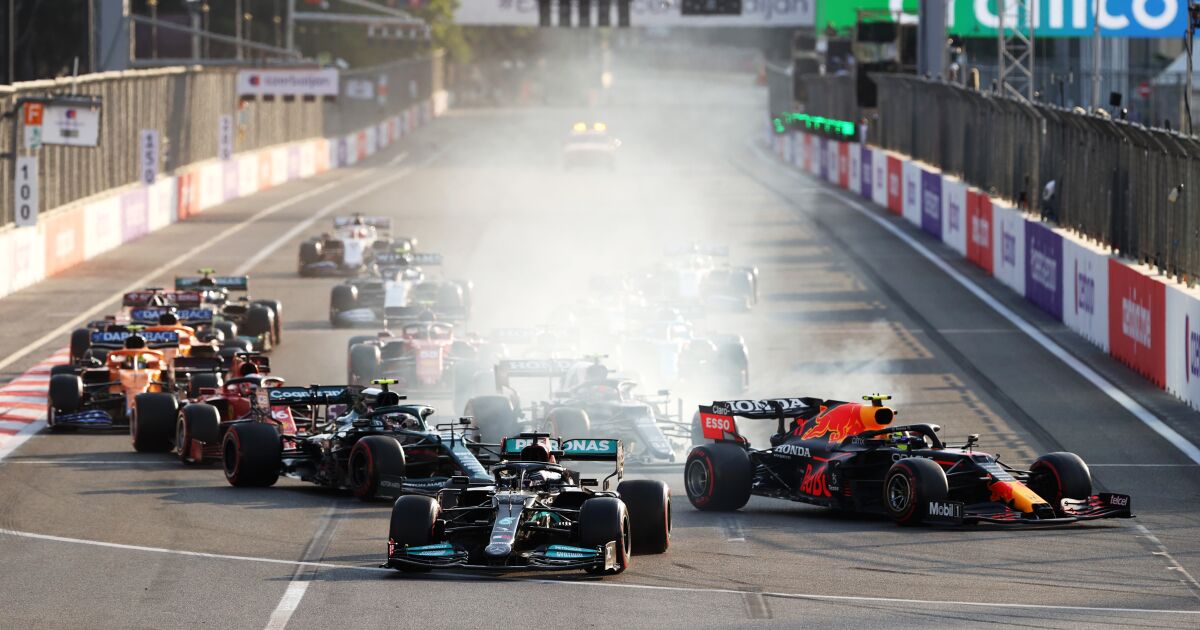 We Race As One In 2020, F1 launched an initiative called 'We Race As One' to combat issues facing the sport such a

We Race As One

In 2020, F1 launched an initiative called ‘We Race As One’ to combat issues facing the sport such as coronavirus, racism and inequality, with drivers showing their support for the cause by wearing t-shirts with the words ‘End the World’. racism’ before each race that year.

The highest category of world motorsports showed its support to honor and raise awareness of these issues. In an expression against racism, most of the pilots knelt before the start of each competition.

Part of the campaign was the use of the rainbow in the cars of the teams as a symbol used to unite communities, however this was eliminated in 2021, since for that year they would focus on sustainability, diversity and equality.

Lewis Hamilton and the fight against racism

British driver Lewis Hamilton has insisted in recent years that Formula 1 and society as a whole must seize the opportunity to make significant changes in relation to equality and inclusion.

I have personally experienced racism in my life

“I have personally experienced racism in my life and seen my family and friends experience racism, and I speak from the heart when I ask for change,” the pilot said in 2020.

In that same year, his Mercedes team revealed that it would wear a new black livery as a stance against racism and discrimination. Hamilton announced the creation of a new commission to improve diversity in motorsport, while F1 launched the ‘We Race As One’ initiative.

Lewis Hamilton has been the focus of racist attacks on social networks on several occasions, situations that Formula 1, the International Automobile Federation (FIA) and the Mercedes team have condemned. For example, in July 2021 the seven-time world champion was attacked in networks during and at the end of the British Grand Prix after his collision in the race with Max Verstappen.

In a statement, F1, the FIA ​​and Mercedes said they strongly condemn such behaviour, and that the drivers and teams were working to build a more diverse and inclusive sport, and such cases of online abuse must be removed.

In 2021, the British driver won a Laureus World Sports Awards for his involvement in the fight against racism.

Tags: racism formula 1, f1 racism, we race as one what does it mean
The situation of Mercedes in F1 is not fun at all, afflicted the director of the team
What is DRS in Formula 1 and how does it work?
This is what the single-seaters of the candidates for the Formula 1 world championship look like
FORMULA 1 2047