Formula 1 Belgian GP: the story behind the sad last victory of Carlos Reutemann 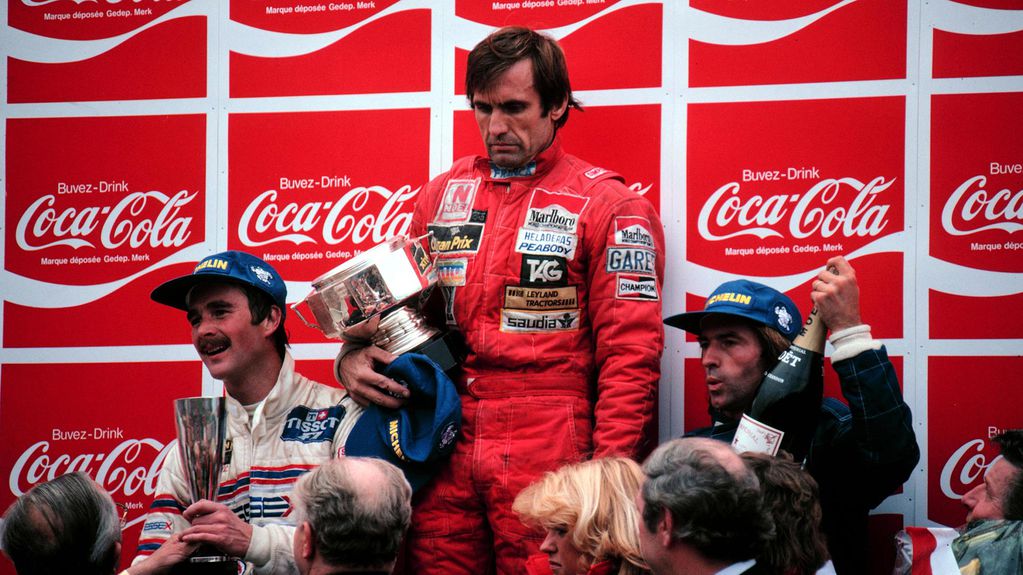 Formula 1 Belgian GP: the story behind the sad last victory of Carlos Reutemann

Carlos Reutemann from Santa Fe was the national driver with the greatest international projection after what was done by the enormous Juan Manuel Fangio. In fact, Lole was the Argentine who spent the longest time in Formula 1, with twelve uninterrupted seasons, in which he won a dozen victories. The last one, at the 1981 Belgian Grand Prix, had a tragic ending that did not allow him to celebrate with the euphoria that he deserved (and deserves) to win in the highest category of world motorsports.

Born on April 12, 1942, Reutemann entered Formula 1 in 1971. He did so in a non-scoring Formula 1 Grand Prix of Argentina, where he took pole position and finished seventh. The following year he officially debuted with the Brabham team, again at the Autodromo de la Ciudad de Buenos Aires. From there he played 146 grand prix, until in 1982 he decided to retire after the second date, in Brazil.

But on May 17, 1981, on the fifth date of the season, Lole could not celebrate her victory; An incident that took place on the track marked the closest precedent of an Argentine imposing himself on everyone in the competition.

The driver of the British Williams team had arrived at the Zolder Autodrome as the sole leader of the Drivers’ World Championship after achieving auspicious results in the previous four circuits -second in California, first in Brazil, second in Buenos Aires and third in San Marino-, but the internal tension in the team was palpable.

The repeated discussions between the management of the team and Reutemann himself were already commonplace because the Argentine was number two in the structure, where the preference was in favor of the Australian Alan Jones, who also came from being a champion. To this was added that the Brazilian Nelson Piquét, Brabham pilot, was on his heels in the championship.

The Brazilian Nelson Piquet was one of the toughest opponents of Santa Fe (AP).

The climate that existed in the province of Limburg that May 17 was more than complex: the mechanics had made a protest prior to the race due to the poor safety conditions that the circuit presented in the pit sector. At the same time, an Arrows operator jumped over the wall to help one of the drivers, who had been having difficulty starting the car, and was hit by another car after the lights procedure failed to stop. Chance played in his favor and he did not suffer serious injuries.

Also read: The confession of a Formula 1 champion: Lewis Hamilton does not drive in cities or routes because he gets stressed

Lole, thanks to his production in qualifying, managed to start on pole; that place should belong to Alan Jones -with whom he had already had several crosses-, but he had received a penalty for not complying with the regulatory height of the vehicle. Ferrari’s Didier Peroni lost ground despite the fact that he had managed to overtake the man from Santa Fe on the first lap and a series of mistakes by his rivals in several corners left Reutemann face to face with the victory.

Carlos Reutemann: an accident that marked his triumph

The pilot’s twelfth victory in the world championship was sentenced, but with 16 laps to go -there were 70 in total- the checkered flag was lowered when it started to rain. The Argentine had more than half a minute ahead of Frenchman Jacques Laffite (Ligier) and was able to lead the podium. However, the celebration was not in Lole’s plans.

Two days before, during the first rehearsal, the Santa Fe driver was driving in the pit lane when Giovanni Amadeo, a mechanic from the Osella team, crossed his path. “I had a very unfortunate accident. On a circuit where there is very little space, one of his legs touched my front and rear wheels. He fell and hit his head against the cordon ”, Reutemann graphed minutes after the fact in a television interview.

The man from Santa Fe prevailed over all his rivals, the emotional impact and the inclement weather.

The situation was so complex that the pilot decided not to go out on the track in the second practice. Still, he was left with the fastest time as the slippery road forced drivers to move cautiously. After locking himself in his mobile home, Carlos waited for a new medical report: hours later, Amadeo died in a nearby hospital as a result of the injuries he sustained.

It was a crazy weekend in Belgium, because the incident involving Reutemann was joined by another at the same Grand Prix start. Riccardo Patrese did not start the Arrows and made repeated signs for him not to leave. Instead of stopping the start, the stewards ignored it and gave the green light. Meanwhile, a mechanic from the English team, David Luckett, jumped onto the track and wanted to assist the Italian’s car, when the rest of the cars started. That’s when Siegfried Stohr, the other Arrows competitor, hit Luckett, who suffered fractures to both of his legs.

Tags: Formula 1, TNS, Charles Reutemann
“It does not create business”: Formula 1 ended the illusion that a circuit requested by fans would return
Juan Pablo Montoya vs Michael Schumacher: their duels in Formula 1
VIDEO | This was the extraordinary fast lap of Charles Leclerc at the Australian Grand Prix
FORMULA 1 2369