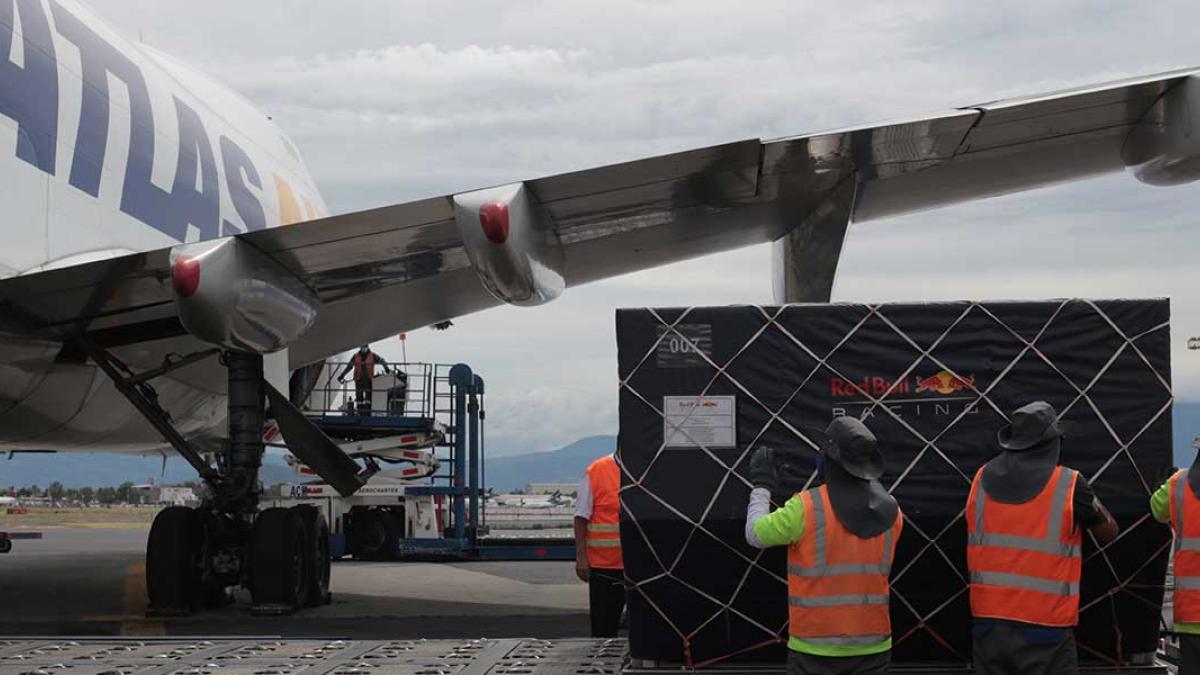 Mexico City received the seven F1 Boeing 747 jumbo jets that carry all the necessary parts to carry out the long-awaited Mexico GP and thus, start

Mexico City received the seven F1 Boeing 747 jumbo jets that carry all the necessary parts to carry out the long-awaited Mexico GP and thus, start the best F1ESTA of the world.

Each aircraft carries approximately 38 pallets with equipment FIA, FOM and the teams, among them are the cars of each F1 team.

There is also transmission equipment and more than 50 tons of materials that are used to carry out a Grand Prix. Around 130 people are responsible for moving this material from the Mexico City International Airport to the facilities of the Hermanos Rodríguez Racetrack.

After the action in the Circuit of the Americas, it was time to finish the preparations at the Magdalena Mixhuca to celebrate the 2021 Formula 1 Grand Prix of Mexico City from November 5 to 7.

Formula 1 (F1) and the 2021 Mexico City Grand Prix invited all fans to attend the Hermanos Rodríguez Racetrack (AHR), on November 7, to wear green t-shirts to show the world that Mexico has the best fans.

The movement called “The Green Band” seeks to integrate all those attending the event to be part of the same team and to show the world the great passion that there is in Mexico for Formula 1 and the unconditional support of the home driver, Sergio Pérez.

Tags: f1 as well as formula 1 cars arrived mexico city
Misik introduces you to the most handsome drivers in Formula 1
F1 | Alonso: “There are many boring games and nobody proposes to play without a goalkeeper”
The strong phrase with which Max Verstappen defended himself in Formula 1
FORMULA 1 384