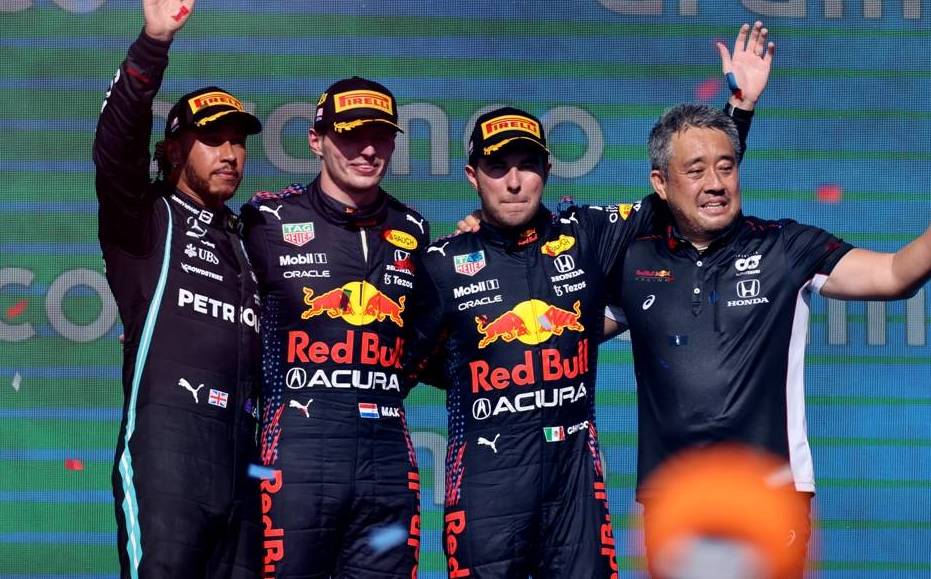 Formula 1 has given us one of its best seasons in a long time. The title battle between Max Verstappen and Lewis Hamilton is at its peak

Formula 1 has given us one of its best seasons in a long time. The title battle between Max Verstappen and Lewis Hamilton is at its peak and the competition in the middle table is also attractive, with Sergio Pérez in contention for trying to get into third or fourth place in the championship.

Verstappen arrives in Mexico as the leader of the season and the rider with the most podiums (13) and wins (8), closely followed by the seven-time world champion, with 12 podiums and five victories. With an open panorama, we cannot doubt that the two are going to engage in a tough battle in the 71 laps that they will race at the Autódromo Hermanos Rodríguez.

The season has left us many moments worth remembering: Sergio Pérez has achieved four podiums and his second victory in the category; Daniel Ricciardo won his first race in Italy since 2018, when he was still a member of Red Bull; Valtteri Bottas had his first win of the season in Turkey; George Russell got justice and got his first podium in Belgium and even Esteban Ocon finished first in Hungary, in what was his first time in the position of honor.

Of course, the campaign has not been spared from controversy and we have seen moments such as the pole position that Charles Leclerc achieved in Monaco and that he maintained even though he crashed in the third qualifying session (he could not race the next day due to the damage to his car) ; Hamilton let out what looked like a sure podium in Azerbaijan when he hit the wrong button and walked away; Lewis&#8217; controversial impact on Max who sent the latter to the wall of tires at Silverstone; the loss of second place by Sebastian Vettel in Hungary after it was detected that his car was carrying less fuel than the minimum allowed in the regulations, (0.3 kg, when the minimum is 1kg), the three-hour delay in Spa due to the rain and the subsequent completion of the Belgian Grand Prix with just three laps behind the safety car (half the points were shared there), plus the retirement of Max and Lewis in Italy after a fight to try to pass.

The truth is that each date has given us something to talk about and we do not believe that Mexico is the exception, with one of the fastest circuits on the calendar, an unbeatable atmosphere and a strategic date that has earned it recognition as the best race of the season. in all his years since 2015.

The championship at the moment

Tags: positions, Formula 1 Championship, classification
Implanted a record number of attendance
These are the changes in Formula 1 for 2022
formula 1 engines | Attraction360
FORMULA 1 388