Formula 1 | Classification of the Azerbaijan GP of F1, live 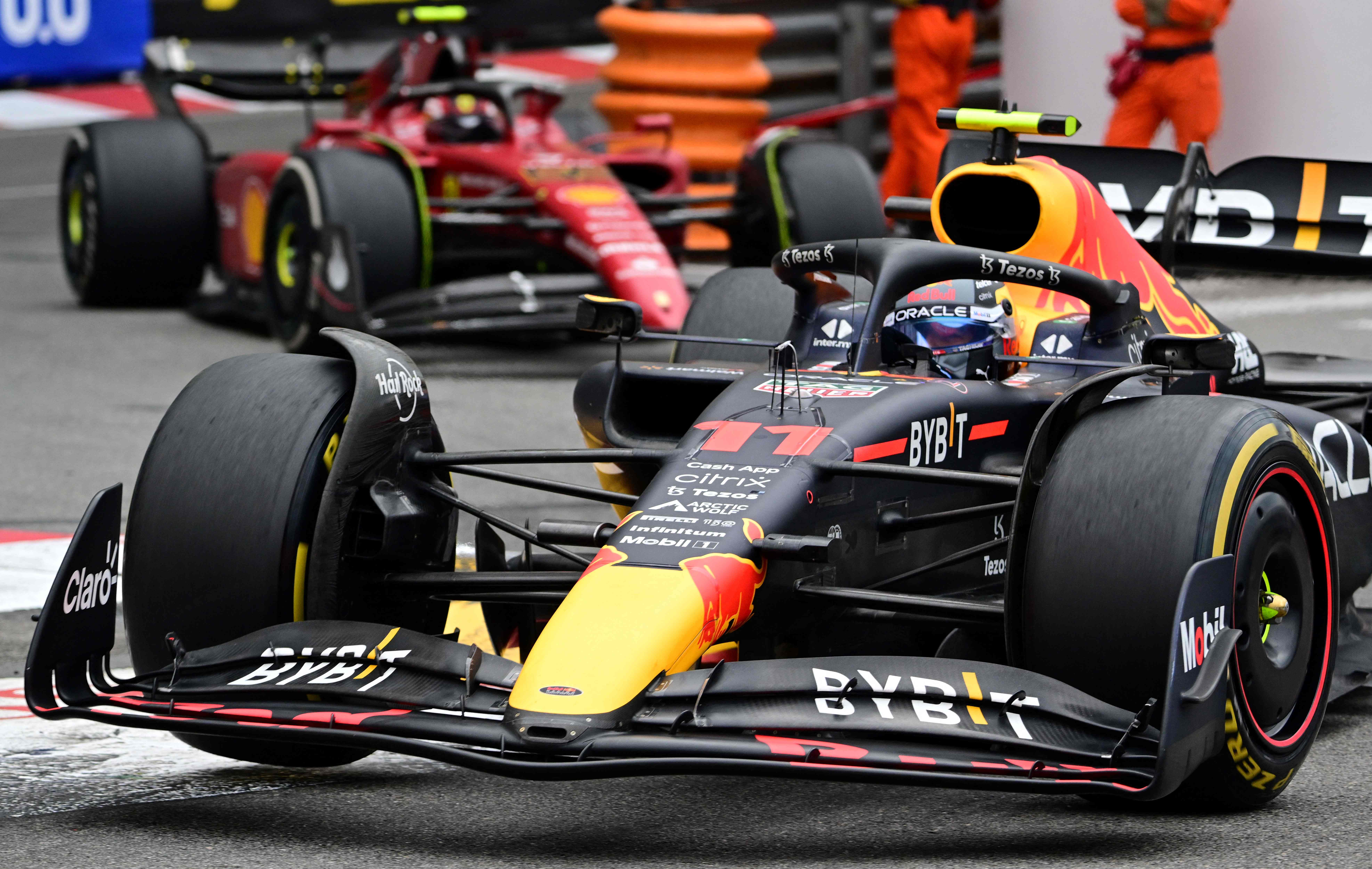 The qualifying session of the Formula 1 Azerbaijan GP will resume at 16:40 with 2:30 on the clock. Lance Strol

The qualifying session of the Formula 1 Azerbaijan GP will resume at 16:40 with 2:30 on the clock.

Lance Stroll crash between turns 2/3!! The Aston Martin driver is in good condition, although his car has lost its front wing. Race management has decided to establish the red flag regime to safely remove the car from the track.

The Mexican Sergio Pérez (Red Bull), who has just won two Sundays in Monaco, set the fastest time this Saturday, ahead of the Monegasque Charles Leclerc (Ferrari), in the third and last free practice for the Azerbaijan Grand Prix, the eighth of the Formula One World Championship, which takes place on the Baku street circuit.

In his best lap, ‘Checo’ -last winner, last year, in Baku- covered the 6,003 meters of the track in the Azerbaijani capital in 1’43.170, 70 less than Leclerc; in a session that started fifteen minutes late, since a deteriorated fenced area had to be repaired due to incidents that occurred during the F2 test prior to the last free practice.

The Monegasque driver Charles Leclerc (Ferrari) dominated the first day of free practice this Friday at the Azerbaijan Grand Prix, the eighth round of the Formula 1 World Championship, ahead of the Red Bulls of the Mexican Sergio Pérez and the Dutchman Max Verstappen, while the Spanish Fernando Alonso (Alpine) has surprised with a fourth place ahead of Carlos Sainz (Ferrari).

Leclerc, second in the championship nine points behind the leader Verstappen, was crowned the fastest of the weekend with a 1’43.224 which allowed him to beat Checo by two tenths and Mad Max by three, who as in the morning session he fell behind his teammate again.

For his part, the Asturian driver Fernando Alonso also hopes to transfer his improvement to this Grand Prix, where Alpine will have new aerodynamic improvements in search of increasing the competitiveness of his car.

The two-time world champion was seventh in the Principality in what was his second consecutive race in the points and now, on a track that he does not dislike and where he was sixth last year after an excellent Sunday, he hopes to be back in the fight for the middle zone.

Carlos Sainz has taken two podiums (third in Miami) in the last three races, but he is still in fifth place overall with 83 points, although he is only one behind the British George Russell (Mercedes), while the ‘ Checo’ is far away (27). Sainz will try to get back in the fight in Baku, where he has always added, with a fifth place, with Renault, as his best result in 2018.

And in search of approaching the ‘Top 3’ is a Carlos Sainz who goes to Baku with renewed energy after being the best driver of the ‘Scuderia’ in the last two Grand Prix, with a valuable second place in Monte Carlo.

The Formula 1 timed session for the Azerbaijan Grand Prix at the Baku street circuit, the eighth event on the world motorsport calendar, can be followed from DAZN, Movistar + and, minute by minute, through the La Vanguardia website.

And now, the Austrian team arrives at the Azerbaijan GP where it usually performs well and where it has won on two of its five visits (in 2016 it hosted the European Grand Prix), but never with Verstappen. The Australian Daniel Ricciardo did it in 2017 and the Czech last year, in this case relieving a team that lamented the Dutchman’s puncture when he was on his way to victory.

The Dutch driver Max Verstappen (Red Bull) and the Monegasque Charles Leclerc (Ferrari) will try to get back in the fight for victory in the Azerbaijan Grand Prix, the eighth round of the Formula 1 World Championship to which both Carlos Sainz (Ferrari) like Fernando Alonso (Alpine) arrive wanting to shine.

The qualifying session of the Formula 1 Azerbaijan Grand Prix, which takes place at the Baku circuit, will take place at 4:00 p.m. (Spanish peninsular time).

The Mexican won, ahead of the Spanish Carlos Sainz (Ferrari) -who repeated the second place achieved a year ago in the principality of the Côte d’Azur- and Verstappen, a race marked by rain (which delayed the start and forced to cut the route), that the Monegasque Charles Leclerc, who had started from the
pole, finished fourth, due to a strategic error by the Scuderia; and that the other Spaniard, the double Asturian world champion Fernando Alonso (Alpine), finished seventh.

The Dutchman Max Verstappen (Red Bull), leader of the championship, and his Mexican teammate Sergio Pérez -who has just won in Monaco and who won in Baku a year ago-, will try to transfer the domain of their team -which commands both classifications- to Azerbaijan: venue for the eighth Grand Prix of the Formula 1 World Championship, which takes place this weekend on the street circuit of the capital of that country.

2021 Italian Grand Prix. Formula 1: SUMMARY
drivers, cars, changes and the rivalries that we will see
F1 2022: Charles Leclerc revives Ferrari and shakes the hegemony of Mercedes and Red Bull
FORMULA 1 1555