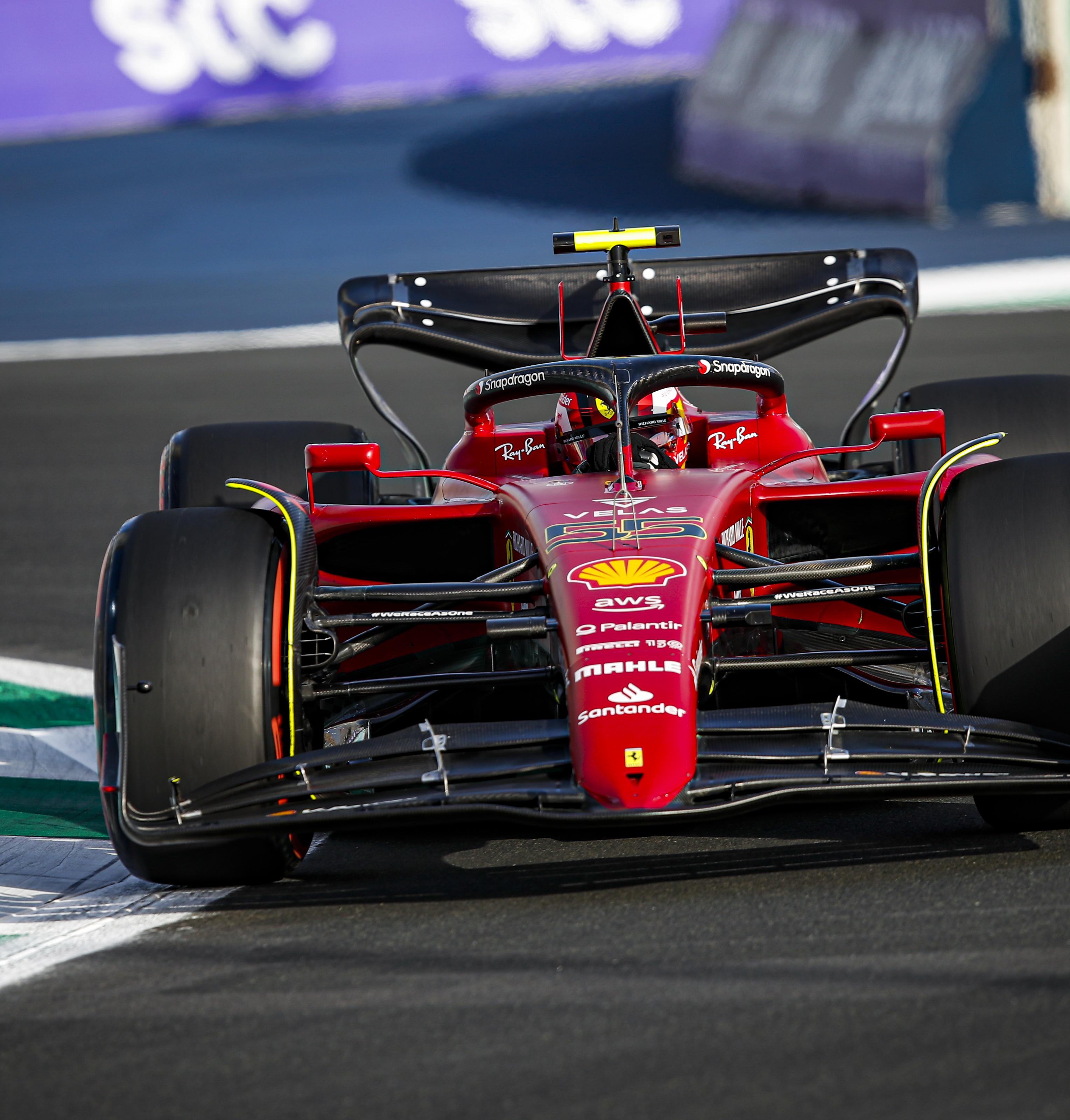 The Monegasque Charles Leclerc (Ferrari) will start first this Sunday at the Monaco Grand Prix, the seventh of the F

The Monegasque Charles Leclerc (Ferrari) will start first this Sunday at the Monaco Grand Prix, the seventh of the Formula 1 World Championship, which takes place on the Monte Carlo street circuit, where this Saturday he dominated the classification.

Leclerc, 24, signed the fourteenth
pole since running in F1, the fifth of the year, covering the 3,337 meters of the circuit of the principality of the Costa Azul in one minute, 11 seconds and 376 thousandths, 225 less than his Spanish teammate Carlos Sainz; who will start with him from the front row, ahead of the Red Bulls of the Mexican Sergio Pérez -third- and the Dutchman Max Verstappen, world leader and last world champion; which will start fourth.

Accident of Checo Pérez and Carlos Sainz!! And also Fernando Alonso’s accident!! Red flag 30 seconds from the end of the third and final qualifying round of the Formula 1 Monaco GP.
The battle for the pole

Starting grid pending application of future sanctions Only 2:25 minutes to go in the first round of the Formula 1 Monaco GP!! It’s time to squeeze them!!

Yuki Tsunoda has a puncture after brushing one of the walls of the streets of Montecarlo. Nobody understands the red flag, but race management has established the red flag regime. The

will open in two minutes and the 2:25 minutes can be played until the end of the session.

The Mexican Sergio Pérez (Red Bull) set the fastest time this Saturday -ahead of the championship leader, the Monegasque Charles Leclerc (Ferrari), and his teammate, the Spanish Carlos Sainz- in the third and last free practice session for the Monaco Grand Prix, the seventh of the Formula 1 World Championship, which takes place in the streets of the principality of the Côte d’Azur. , only 41 fewer than Leclerc -who did two more laps- and 370 ahead of Sainz -who did the same laps as his partner-; in a session in which the Dutchman Max Verstappen, the last world champion and leader of the World Championship -with a six-point advantage over the Monegasque from Ferrari- set the fourth time; and the other Spaniard, the double Asturian world champion Fernando Alonso (Alpine); the tenth. All of them, with the soft tire.

The Monegasque Charles Leclerc (Ferrari) marked, ahead of his Spanish teammate Carlos Sainz, the best time this Friday in the second free practice for the Monaco GP, the seventh of the Formula 1 World Championship, which takes place in the streets of the principality of the Cote d’Azur; where everyone achieved their best time with the soft tire, when they simulated qualifying.

In the best of his 29 laps, Leclerc – who had already been the fastest in the first test – covered the 3,337 meters of the Monte Carlo street circuit in 1’12.656, only 44 less than Sainz, who did two more laps than him; in a training in which the Mexican Sergio Pérez (Red Bull) marked the third time and his Dutch teammate Max Verstappen, the last world champion and leader of the World Championship -with a six-point advantage over the Monegasque from Ferrari-, the fourth. And in which the other Spaniard, the double Asturian world champion Fernando Alonso (Alpine), set the eighth time.

For his part, Fernando Alonso arrives in good spirits at this race that he won consecutively in 2006 (Renault) and 2007 (McLaren), but in which he has not been on the podium since 2012 when he was third at the wheel of a Ferrari.

Now, the two-time world champion, thirteenth last year in Montecalo on his return to the World Cup, I hope that his great comeback from last place to the points in Montmeló will be a change in his season and that he can be more regularly in the top ten , although he will have to draw on all his experience to shine on a Saturday where Mercedes and Lewis Hamilton could have their first joy due to the conditions of the circuit.

The pilot Sebastian Vettel has been robbed this Monday at 08:15 in the morning when he was driving his Aston Martin through the center of Barcelona, ​​as La Vanguardia has learned. The driver of the British Formula 1 team, who was accompanied by his family, got out of the vehicle for a moment in front of a hotel and the thieves, taking advantage of the fact that the door was open, stole a backpack that he kept in the car.

The robbers have fled, but the German, on an electric scooter, has chased them thanks to the GPS installed in the airpods that were in the backpack. The four-time F1 champion has followed in the footsteps of the thieves through his mobile phone IPhone, where the location of the headphones was reflected at all times.

And to Verstappen and Leclerc we must add their respective teammates, Sergio Pérez and Carlos Sainz, with the Mexican wanting to vindicate himself before the team orders in an appointment where he was third in 2016 and fourth last year, and the Spanish looking to repeat his great performance of 2021 when he was second.

The man from Madrid did not have much luck last Sunday in the race in front of his fans and a bad start penalized him, falling short in his comeback attempt and finishing fourth, which has dropped him further from the fight for the title. Sainz has always scored points in the Principality and will want to get involved in the Verstappen-Leclerc duel to get closer to the ‘Top 3’ of the classification where he is now surpassed by the ‘Czech’ and by the British George Russell, who are ahead of him by 20 and 9 points , respectively.

The Formula 1 timed session for the Monaco Grand Prix at the Montecarlo urban circuit, the seventh date on the world motorsport calendar, can be followed from DAZN, Movistar + and, minute by minute, through the La Vanguardia website.

In any case, the Monegasque already made it clear last year that with a car that is inferior in performance compared to Mercedes and Red Bull his ability to drive through the narrow streets of Monte Carlo, for which a rating of maximum emotion is expected.

But the ‘Scuderia’ has begun to awaken from the illusion of reigning again in the Formula 1 World Championship and last Sunday at the Spanish Grand Prix it was confirmed that it will have to battle, and a lot, with Chris Horner’s team, starting for a race where Saturday is usually vital along with the start on Sunday.

The Dutch driver Max Verstappen (Red Bull) will try to defend his newly released leadership of the Formula 1 World Championship at the Monaco GP, the seventh round of the championship and the home race of his main rival, Charles Leclerc (Ferrari), who lived in Montmeló his first bad moment of the year, while Carlos Sainz (Ferrari) will try to return to the podium and Fernando Alonso (Alpine) will finally give continuity to his good last Sunday.

The qualifying session for the Formula 1 Monaco Grand Prix, which takes place at the Monaco circuit, will take place at 4:00 p.m. (Spanish peninsular time).

In Montmeló (Barcelona), where he left, due to an engine problem and when he was leading comfortably, Leclerc -of the same age-, who, after signing his fourth ‘pole’ of the year, intended to become leader of the Formula 1 championship in the race most iconic of the season, the Monaco GP on the streets of Monte Carlo. A wish that watered down, at the Spanish Grand Prix, ‘Mad Max’, by leading a ‘double’ for Red Bull together with his Mexican teammate Sergio Pérez who signed his third second place of the season and, with it, his eighteenth podium since he competes in F1. Charles Leclerc (Ferrari) will try to recover this weekend, in ‘his’ Grand Prix, that of Monaco -the seventh of the year-, the leadership of the Formula 1 World Championship that was taken from him last Sunday, in Spain, by the Dutchman Max Verstappen (Red Bull); In a very hot race that the Spaniards Carlos Sainz -partner of the Monegasque- and Fernando Alonso (Alpine) -who signed the comeback of the day- finished fourth and ninth, respectively. ⚠️ The F1 Monaco GP qualifying session will start at 4:00 p.m. (Spanish peninsular time). The race will be held this Sunday, May 29 at 3:00 p.m.