Formula 1 congratulates Alonso on his birthday: “Many congratulations, Fernando” 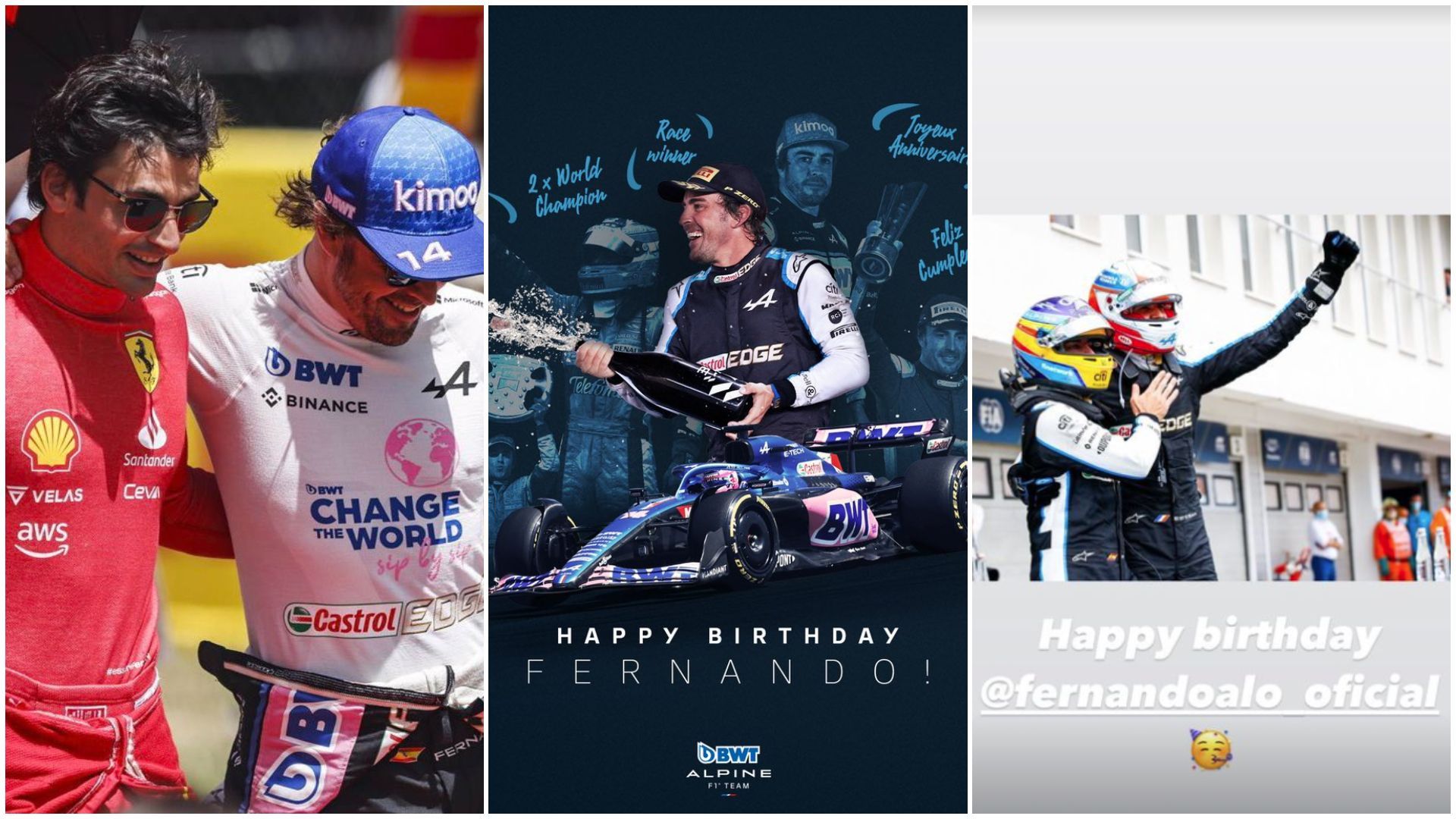 Fernando Alonso birthday today 41 years and the world of Formula 1 has congratulated the most successful spanish driver in history. From his frien

Fernando Alonso birthday today 41 years and the world of Formula 1 has congratulated the most successful spanish driver in history. From his friend Carlos Sainz to a compilation video of the Asturian driver’s best moments with the team McLarenmany have wanted to wish the two-time champion a happy day.

congratulations of all kinds

The driver from Madrid has been one of the first to congratulate Alonso. First he was a childhood idol for him and now his closest friend in the paddock, so he didn’t want to miss the opportunity to wish him a happy birthday.

His old team, McLaren, with which, for one reason or another, he has never succeeded, has published a video compiling the best moments of the two-time champion with the British team.

Another old friend who also wanted to be part of the congratulations is Ferrari. The Italian team was Fernando’s home for five years and those from Maranello did not want to spend the year so marked.

Of course, his current team could not miss. It was with this, the old Renault, with which he became world champion twice.

Formula 1 congratulates Alonso on his birthdayfour.com

It could not be missing that the queen category itself dedicated a tribute to the two-time world champion.

Tags: ferdinand, Many, formula
The F1 Briefing to the Day: 2021 Mexican Grand Prix
Fernando Alonso’s Formula 1, exhibited in Vigo
Red Bull and Honda extend their agreement until the end of 2025
FORMULA 1 1942

Loading...
Newer Post
Soccer leagues: How many are there in the world and which are the best
Older Post
The Mike Tyson video that worries boxing fans