Formula 1, drivers vs. Teams: From Sainz’s disappointment with Ferrari to Hamilton’s fury with Mercedes’ strategy 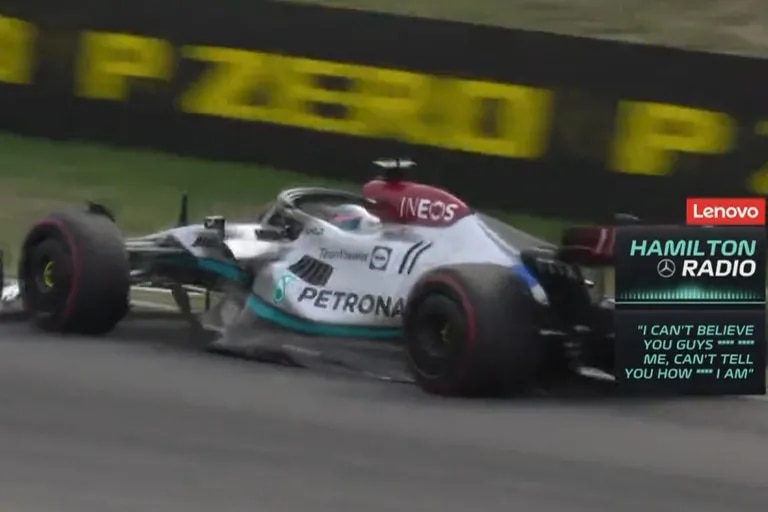 It was an absolutely exciting race, one of those difficult days to forget for Formula 1 fans. A competition that had many seasonings and that, beyo

It was an absolutely exciting race, one of those difficult days to forget for Formula 1 fans. A competition that had many seasonings and that, beyond a new victory for the great driver of the moment, the Dutchman Max Verstappen, had striking episodes of fights and disappointment of some drivers with their teams, which mark why Red Bull wins most races and the rest increasingly watch from behind.

The first incident occurred on lap 15, when Carlos Sainz made his pit stop. At that time, the team I didn’t have the left rear tire ready. After losing 12 seconds at the stop, the Ferrari men finally put the rubber on him so that the Spaniard could continue in the race, but they left a misplaced tire change gun. Sergio Perez, who had stopped with the Red Bull at the same time, couldn’t dodge the gun and ended up stepping on it with his vehicle.

“My God”, the Spanish driver was heard to say, who saw his aspirations vanish for those 12 seconds that his team took to replace his tires.

The other drawback, in a race full of arrests, Max Verstappen led comfortably until the abandonment of Valtteri Bottas -with the car stopped in a dangerous area- forced the exit of the Safety Car. The one from Red Bull was behind Lewis Hamilton, who had medium tires.

Mercedes’ strategy was that Hamilton not stop and lead with a medium used tire of 8 laps. Verstappen stopped and came out with a new soft. But Russell he did stop and stand behind Verstappen with the same tires as the Dutchman. Mercedes I was making Max a sandwich and the race was going to restart with 12 laps to go. And there, what seemed like a spectacular and epic battle, came to nothing. In the relaunch, Verstappen passed the British like a plane while Russell was left without reaction.

To make matters worse, from Hamilton’s point of view, his partner, George Russell, also surpassed him. Hamilton was immediately furious, saying over the intercom, “I can’t believe they screwed me like this. I can’t describe how angry I am.”

Formula 1 confirmed the 2022 calendar and it will be the longest in history
GP Emilia Romagna F1 2022: Red Bull and its unforgettable celebration in Imola
F1 Russian GP 2021 – The Russian Formula 1 Grand Prix race live
FORMULA 1 2466