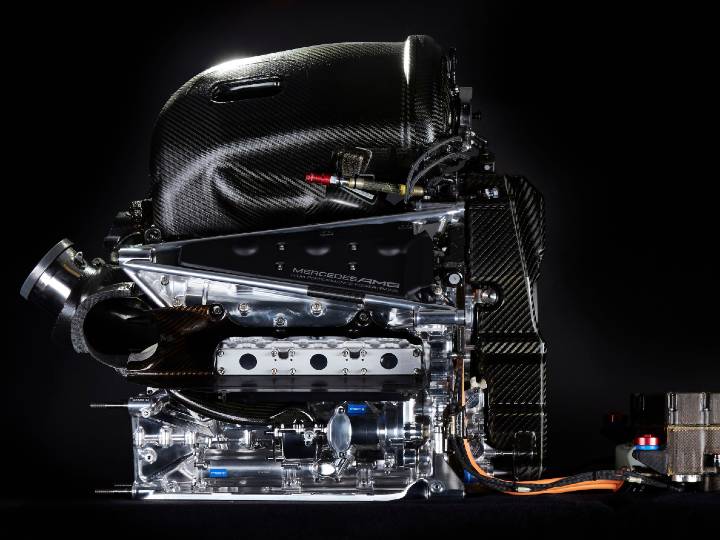 In 2014 the Formula 1 released a new engine regulation, creating so-called power units and paving the way for the dominance of Mercedes that prevai

In 2014 the Formula 1 released a new engine regulation, creating so-called power units and paving the way for the dominance of Mercedes that prevails to this day.

As the years have passed, other motorists such as Renault, Ferrari and Honda have tried to match the performance of the German brand, but without success, proof of this are the seven constructors&#8217; championships and the same number of drivers in the same period.

What has been the advantage of Mercedes in this time? Full power, hybrid system power management and reliability. The dominance was such that during the early years of the new regulations Williams consistently fought podium finishes and helped Racing Point to have outstanding performances over the past seven years.

While Renault and Ferrari had moments when they got close in their performance, Honda paled in their return to Formula 1 with three bad Mercedes-AMGs has dominated the era of hybrid engines in F1, but this year Honda and Red Bull have put all on the track to fight them hard for the championship seasons with McLaren in which their power unit was unreliable, in short, a disaster.

But a union with Red Bull since 2019 changed the situation and the Japanese brand worked to get closer to Mercedes and put it in trouble as it is doing in 2021. How did they get it?

A breakthrough designed for 2022

Although the Red Bull-Honda relationship began to offer positive results in 2020, the Japanese brand considered that its Formula 1 project was not a priority and those resources could be used for the electrification that the brand is pursuing.

That is why they announced the end of their tenure in the top flight at the end of the 2021 campaign. Before retiring, Honda had one last gift for Red Bull: to advance the 2022 engine with its respective advances to allow them to fight for the drivers &#8216;and constructors&#8217; championships. .

But how did this engine change? The Japanese house carried out a redesign of its heart that not only had an impact on the power, but also on the aerodynamics of the RB16B that benefited the power and maximum speed, two points where Red Bull stood out at the beginning of this year.

Yasuaki Asaki, head of engine development for the Japanese brand, pointed out at the end of the first half of the year the main modifications to which this engine was subjected.

The first thing that could be noticed was the coating of the cylinders, inherited from the motorcycle division and that helps to reduce the temperature of this area, allowing the operation of the power unit at higher temperatures for a longer time.

The cylinder cover was also made lower and more compact to improve air flow in the area, which was combined with the new valve angle arrangement.

These modifications went side by side with the Honda concept of bringing the distance between the cylinders closer, but also the arrangement of the displacement of the cylinders, which is now thrown to the right compared to the left part that was in previous years.

The reduction in size and its new location at the rear of the vehicle influenced the center of gravity of the car with which Sergio Pérez and Max Verstappen currently compete, which made it more agile on the long straights, but also in curves of high and medium speed.

Pressure from Red Bull&#8217;s advance in 2021 has led Mercedes to squeeze the most out of its power unit by reducing its reliability, an issue that still worries Lewis Hamilton heading into the final six races of the campaign against a Honda that wants to say goodbye with honors.

THE PARTS OF THE POWER UNIT

Six-cylinder 1.6L turbocharged. The fuel you use is strictly regulated by the FIA. Its use is limited to three blocks in the season.

Part of the energy recovery system that is fed by the gases that circulate through the exhausts.

Kinetic energy recovery system through a system located in the braking.

Consisting of batteries designed for the F1 power units that store the energy of the MGU-K and MGU-H. The batteries can move up to 4MJ to the front wheels, which means an extra power of approximately 30 seconds.

The turbocharger in F1 engines moves with the hot exhaust gases and causes a compressor to increase the amount of air that mixes with the fuel in the engine.

ENGINES WITH THE MOST WINS