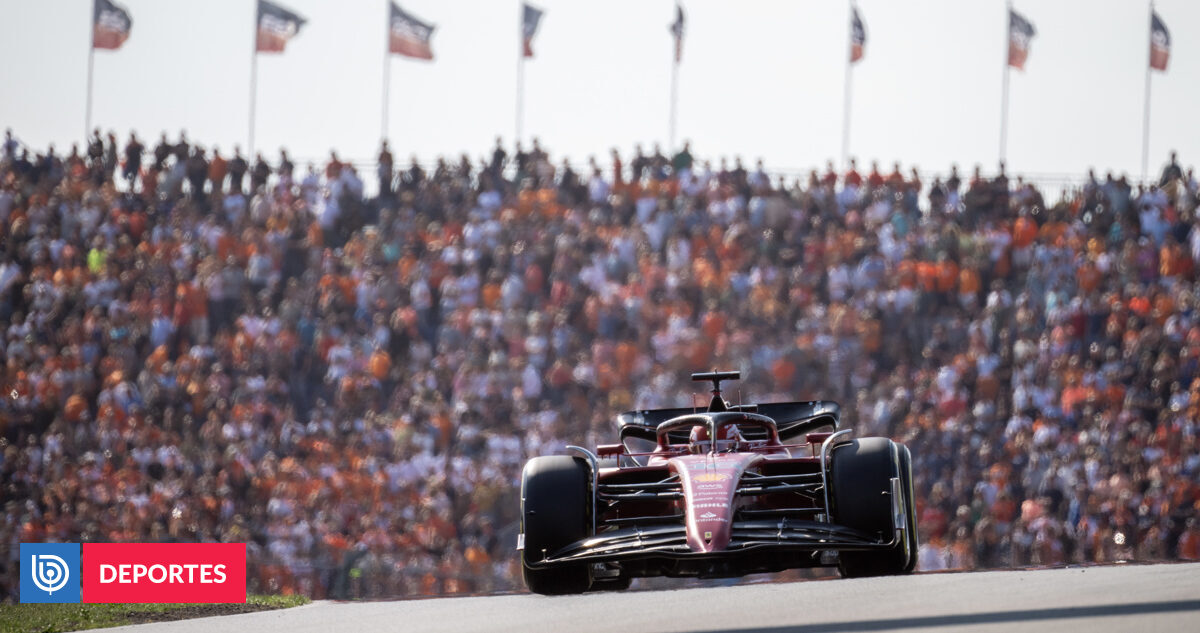 ferrari took over from Mercedes in the second free practice session of the Formula 1 Dutch Grand Prixwith Monegasque charles leclerc in first position (1:12.345) and the Spanish Carlos Sainz second to only four thousandths.

If the morning had been dominated by the Mercedes of the British George Russell and Lewis Hamilton, the afternoon was for the Italian racing cars.

Minutes after the signing of the Australian Oscar Piastri by McLaren for 2023 was confirmed, with a quarter of an hour behind schedule, the action returned to the Zandvoort track, with the local hero, the Dutchman Max Verstappenon track.

The World Championship leader had barely been able to ride ten minutes in the first free practice sessions, in which a problem with the gearbox forced him to leave his car on the track and spend the rest of the session in the garage.

With Verstappen looking for sensations, the Spaniard Carlos Sainz did not take long to get first in the time table (1:13.412), although far from the 1:12.845 that had given him third place in the morning practice and that he soon improved (1:12.349 ).

Red Bull focused on setting up the Dutchman’s car in the pits as the session neared the halfway point, with the reigning Formula 1 champion in provisional fifth position.

In front of his fans, Verstappen did not quite feel comfortable, who finished in eighth place and neither did his teammate, the Mexican Sergio ‘Checo’ Pereztwelfth.

An excursion by the Japanese Yuki Tsunoda to the gravel with twelve minutes to go caused the red flag and the activity returned with four remaining, but nothing changed in the upper part of the classification, with the British Lewis Hamilton (Mercedes) in third place and the Spanish Fernando Alonso (Alpine), seventh.

The qualifying for the Dutch GP will be held this Saturday, September 3, from 09:00 in our country. The Grand Prix will be on Sunday 4, also starting at 09:00.