Formula 1. Ferrari: team orders and how to fight for the world championships 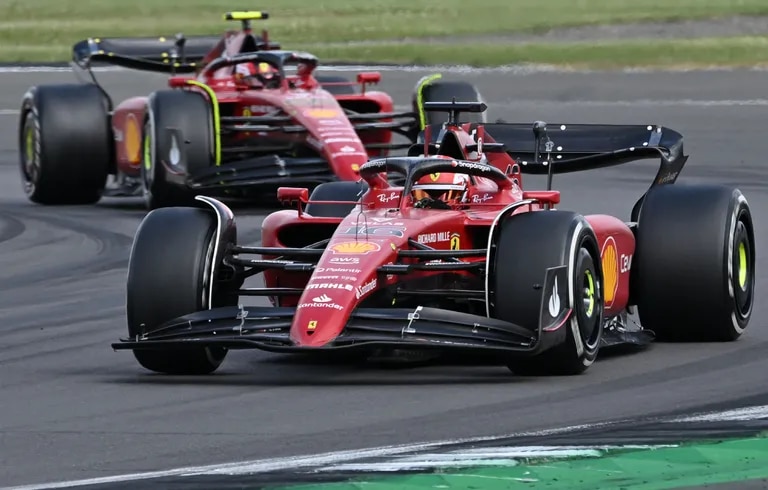 The Austrian Grand Prix marked the middle of the championship calendar for Formula 1. Eleven races remain in the season, which will have as its ne

The Austrian Grand Prix marked the middle of the championship calendar for Formula 1. Eleven races remain in the season, which will have as its next appointment the French GP, at the Paul Ricard circuit, on Sunday, July 24, and will close the year on November 20, in Abu Dhabi. Ferrari started and finished halftime with victories, with Charles Leclerc as the main protagonist: Opening victory in Bahrain and success at Spielberg, the home of Red Bull Racing.

But the team has to solve a dilemma, a situation that along the way became a target of criticism: feed the Monegasque so that he pulses with Max Verstappen for the Drivers’ World Championship or remain indifferentwithout team orders or privileges among its drivers, with the Constructors’ World Championship as its goal.

The statistics favor Charles Leclerc over Carlos Sainz Jr.: in 11 grands prix, the Monegasque won three to one of the Spaniard and beats him 9-2 in qualifying tests

“If later on there is one of the drivers who has a lot more chances, we will try to get top priority, but it is not the situation at the moment. So we have to deal with that,” admitted Mattia Binotto, the Ferrari boss, who has been through several storms. “By maximizing the team’s points we will be maximizing the opportunities for the drivers and taking points away from the rivalsalthough the rival should not be Charles for Carlos, nor Carlos for Charles, but for Max, Lewis and all the others. Right now, the fastest car on the track is the one that has priority.”, commented the engineer after the Sprint Race in Austria.

In that competition, the two swords of the team had a fierce dispute in the first six laps, a battle that was resolved when the Spaniard overstepped himself when braking at Turn 3 and with no opportunity to activate the DRS, he was left without the strength to push his garage mate, who was also not in a comfortable position to attack Verstappen. The Dutchman won easily, bagged eight points, increased the championship lead and had the best starting place for the Final Race.

Leclerc’s victory the following day minimized the damage and opened a giant window between the Monegasque and Sainz Jr., who with the engine breakage – a situation that led to a fire – traveled from the absolute joy of winning for the first time in F.1 to the complete unease of looking at Verstappen from afar, who now leads him by 75 points in the Drivers World Championship. For the Monegasque, success is also an emotional boost, because by climbing to the highest step of the podium he ended the streak of seven races without victories.

In four of those grand prix -Miami, Montmeló, Monaco and Baku- he had set the best time in the qualifying test and in two he left empty, after abandoning in Spain and Azerbaijan. He also served to calm the discomfort that enveloped him at Silverstone, when the entry of the Safety Car – due to the abandonment of Esteban Ocon (Alpine) – blew up the chance of victory. “With one hard race after another, it felt like everything was against me.”, he pointed out, who accumulates five wins in the big circus. 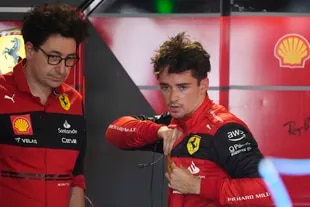 Mattia Binotto, the boss of Ferrari, and the contradictions of the team orders: in the season, the Scuderia made decisions that undermined its drivers and will have to oil those mechanisms to battle Red Bull Racing in the Drivers’ and Constructors’ World Championships

“I am happy to see both drivers fighting. When there are team orders, everyone blames us, because we should let them fight freely. But when we let them fight they say that we should deliver team orders… So what is done will always be wrong. I remember that 20 years ago, in Austria, I heard the boos from the stands. I was in the loop. It is always a delicate issue and each one, after the race, knows how he should deal with situations”, Binotto mentioned.

In that statement, recalled the embarrassing outcome of the 2002 Austrian GP, ​​when Rubens Barrichello practically handed over the victory to Michael Schumacher on the team’s order. The embarrassment took on such a dimension that the German made his partner climb the first step of the podium during the ceremony and handed him the trophy, images that contrasted with the whistle of the spectators. Two days later, the International Automobile Federation (FIA) called on the drivers and Jean Todt, then head of the teamand the following year banned orders, an article of the International Sporting Code that was abolished in 2010.

Rubens Barrichello relinquishes top spot almost at the drop of the checkered flag for Michael Schumacher to win the 2002 Austrian Grand Prix; Ferrari issued several controversial team orders between 2002 and 2010, the year in which the FIA ​​removed the article that prohibited them from the International Sporting Code.

Ferrari was characterized by teaching team orders that were controversialbeyond the one between Schumacher-Barrichello in 2002. Five years later, in Interlagos (Brazil), Felipe Massa was called from the wall to enter to refuel, a maneuver that opened the way for Kimi Raikkonen to win the race and the title. In 2008, at the Chinese GP, the same drivers were involved, although it was the Finn who gave up the position so that the rider from São Paulo finished in second place, behind Lewis Hamilton; the FIA ​​did not open an investigation. In 2010, at the German GP in Hockenheim, Massa received a specific message from his engineer Rob Smedley: “Alonso is faster. Can you confirm that you understood this message?”. The Brazilian, who came from three consecutive retirements, but who was preparing to win for the first time in the year, allowed himself to be overtaken by the Spaniard, who finished the season vying for the crown with Sebastian Vettel (Red Bull). For this maneuver, Ferrari received a financial penalty of 100 thousand euros.

Since 2007, with Raikkonen, a Ferrari driver has not been champion. Since 2008, the Scuderia has not held a Constructors’ title. With eleven races ahead and with Leclerc and Sainz Jr., he will try to break the spell. It remains to be seen if the wall will remain on the sidelines or if there will be messages on the radio.

Loading...
Newer Post
Fuerteventura hosts its first boxing evening 2022
Older Post
George Foreman accuses that they want to blackmail him for sexual abuse, but he assures that he is innocent