Formula 1: hard accident of Carlos Sainz in the Netherlands 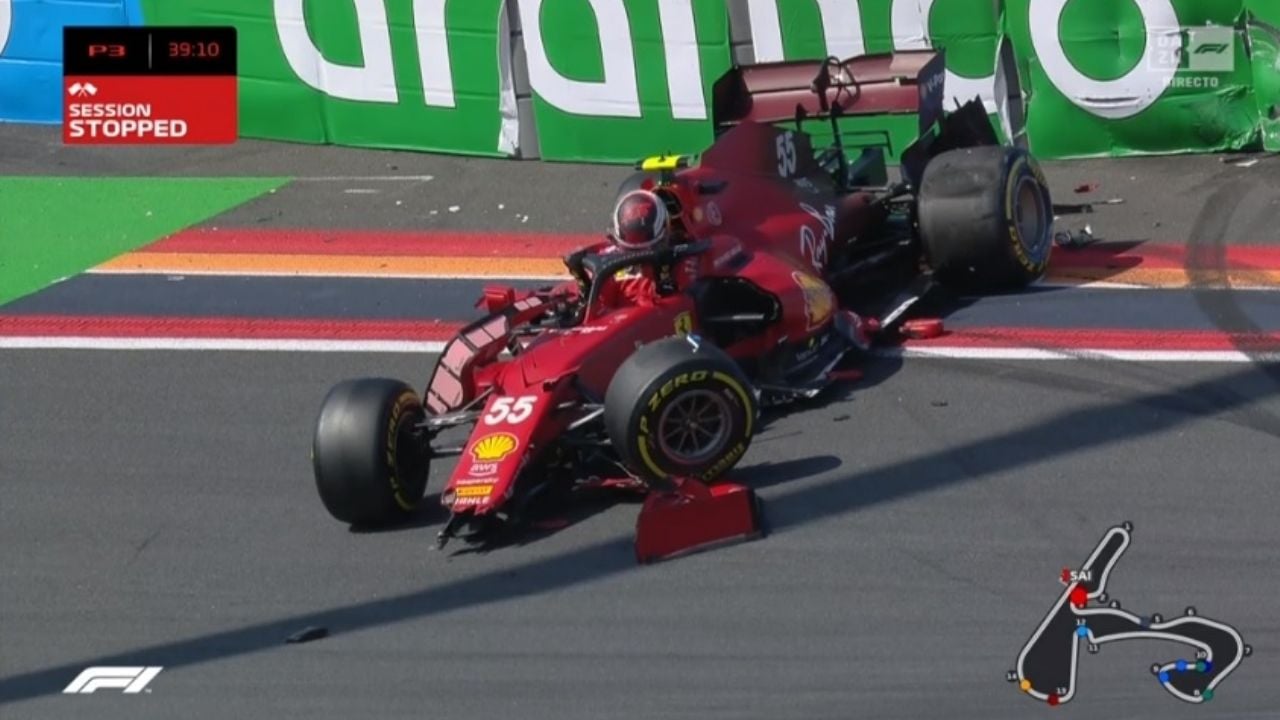 Carlos Sainz the GP of Netherlands from Formula 1 2021. The Spanish driver came from second on the first day, just behind Leclerc, both with great

Carlos Sainz the GP of Netherlands from Formula 1 2021. The Spanish driver came from second on the first day, just behind Leclerc, both with great sensations in a Ferrari that made the Spaniard and the Monegasque feel comfortable from the start on a circuit that adapts well to the characteristics of the red car. Thus, everything looked good so that Carlos could fight to lead the middle zone, getting closer to the Mercedes and Red Bull, favorites for pole. But everything went wrong in the middle of the third free practice, prior to the ‘quali’ this Saturday.

Zandvoort is a very complicated circuit where mistakes pay off. And this was demonstrated in the accident suffered by the Spaniard at turn 3. He collided with the outer wall of that difficult banked curve and caused the fourth red flag of the weekend.

The Madrilenian lost control of his car in the change of direction, when giving gas between turns 2 and 3, hitting the barriers sideways with the left rear wheel on the wall and destroying the suspensions. The Ferrari mechanics then began to work against the clock to try to fix the numerous damages of the car so that it could reach qualifying. But the main doubt resided in the state of the gearbox in that strong impact.

In addition, the accident came at the worst moment for the pilot, as this could affect his confidence in order to do good laps in qualifying on a very complex track.

Tags: Formula 1, F1
‘I have piercings that I can’t remove’
Norris and Ricciardo revealed that they were kicked out of the pool in Miami
Announce improvements to Verstappen’s RB18 and “Checo”
FORMULA 1 1287

Loading...
Newer Post
Sunny Edwards to donate proceeds from controversial T-shirt to family of Jeannette Zacarías
Older Post
What is the future of Dominican Chris Duarte in the NBA?