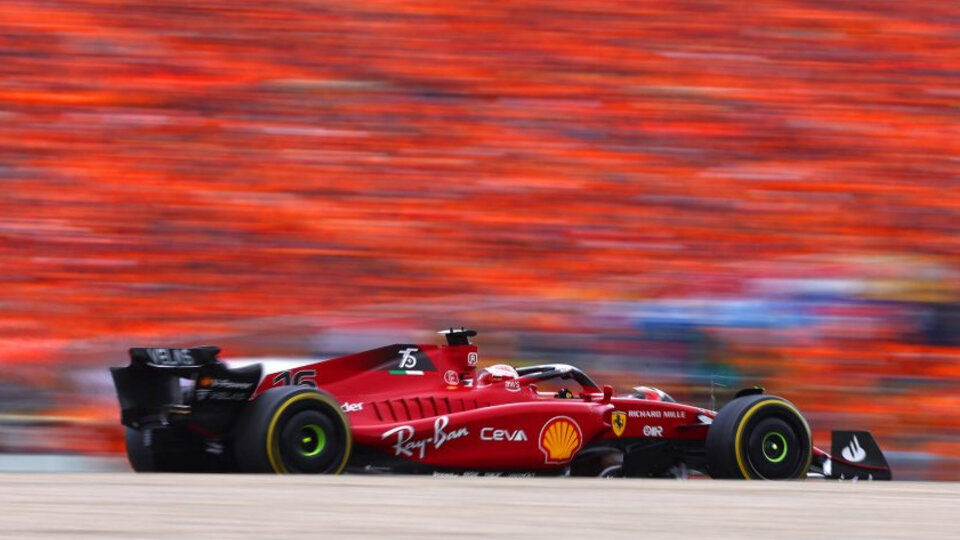 The Monegasque Charles Leclerc won with Ferrari this Sunday the Austrian Grand Prix, the eleventh of the Formula 1 World Championship, which was he

The Monegasque Charles Leclerc won with Ferrari this Sunday the Austrian Grand Prix, the eleventh of the Formula 1 World Championship, which was held at the Red Bull Ring in Spielberg, in which he relegated the Dutchman Max Verstappen (Red Bull) to second place. championship leader; and where the seven-time English world champion Lewis Hamilton (Mercedes) finished third.

Leclerc, 24, achieved his third victory of the year – the fifth in F1 – in a race that his teammate, the Spaniard Carlos Sainz, abandoned with fifteen of the 72 laps that were given to the Spielberg circuit, when it caught fire the engine of his car, before the fourth of the ten curves of the Austrian track; in which the Mexican Sergio Pérez (Red Bull) also had to retire –in race 26– and in which the other Spaniard, the Asturian double world champion Fernando Alonso (Alpine), finished tenth.

The other Mercedes, Englishman George Russell, finished fourth, ahead of Frenchman Esteban Ocon (Alpine) and German Mick Schumacher (Haas), who maintained his progression and, by finishing sixth in Austria, signed his best result since racing in F1 and was chosen as ‘Driver of the Day’.

Seventh was Englishman Lando Norris (McLaren), who crossed the finish line ahead of Dane Kevin Magnussen, who completed another great race for Haas, finishing eighth on the beautiful Styrian circuit.

The other McLaren, the Australian Daniel Ricciardo, finished ninth: one place ahead of Alonso, who led the day’s comeback, starting nineteenth and finishing tenth, to scratch the last point at stake.

Verstappen -like Leclerc, 24 years old-, who set the fastest lap in the race, continues to lead the World Cup, with 208 points, 38 more than the Monegasque from Ferrari, who snatched second place in the championship from ‘Checo’, who is now third, with 151. Sainz, who like the Mexican did not add this Sunday either, is still fourth, with 133.

Red Bull remained at the forefront of the Constructors’ World Championship, with 359 points, 56 more than Ferrari; and 122 more than Mercedes.

Tags: Max verstappen, Formula 1, sports
VIDEO | This was the extraordinary fast lap of Charles Leclerc at the Australian Grand Prix
INFOGRAPHIC: This will be the spectacular 2022 Formula 1 season
Formula 1: the gesture of Charles Leclerc in Russia that celebrated all Ferrari
FORMULA 1 1971