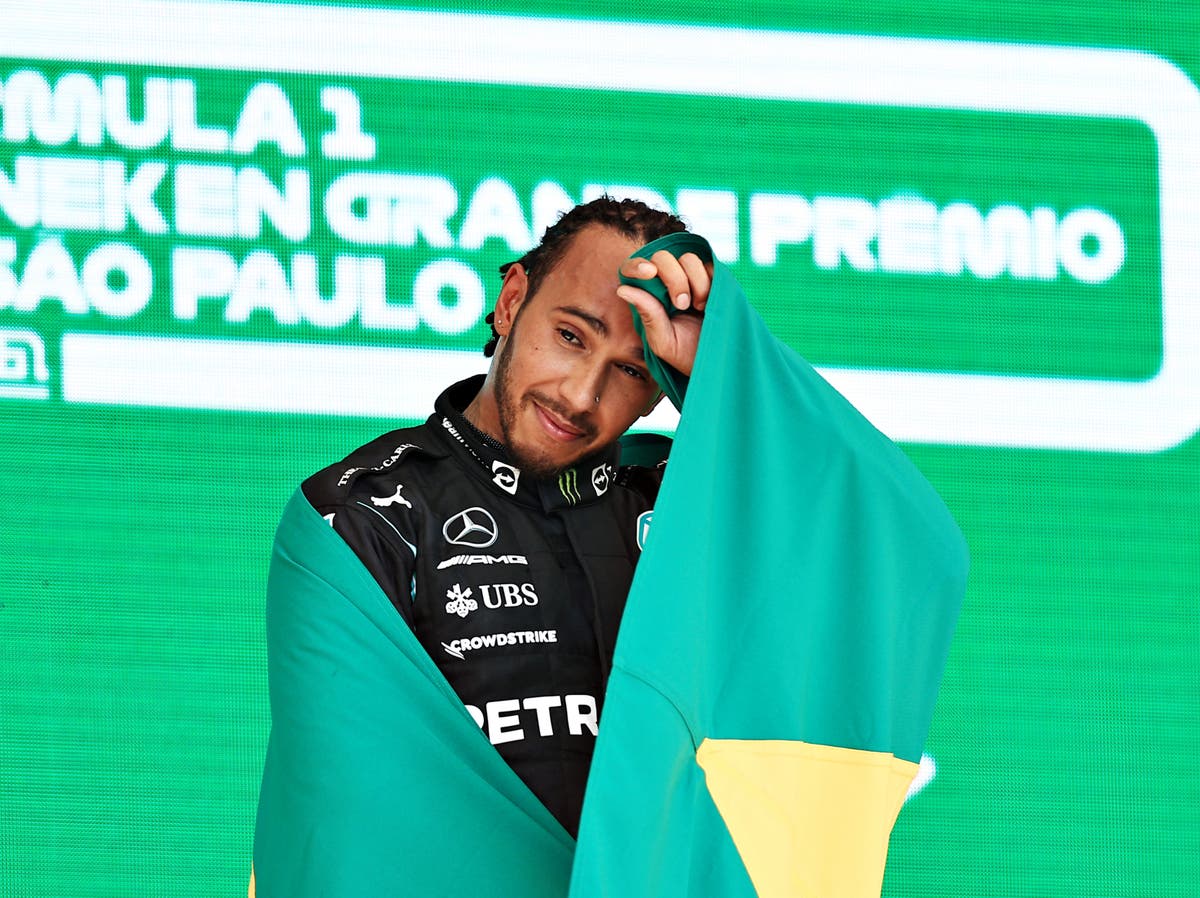 Martin Brundle believes that the best way for Lewis Hamilton to beat Max Verstappen in the Formula 1 Drivers’ Championship could be for the Briton to receive another five-place grid penalty at this Sunday’s Qatar Grand Prix.

The seven-time world champion did just that at the Brazilian Grand Prix last time, advancing from 10th on the grid to pass Verstappen to the front and ultimately claiming one of the best victories of his stellar career.

Mercedes had chosen to install a new internal combustion engine in Hamilton’s power unit for the Interlagos race, voluntarily incurring the starting penalty after spotting what team principal Toto Wolff called ” a degradation in the engine “. The new engine certainly helped Hamilton to overtake as it passed its rivals smoothly on its charge through the field with a straight line speed that could not be matched by any other car on the circuit.

The Losail Circuit in Qatar is the location of the first of the last three races that will see one of the most exciting seasons in modern Formula 1 history, and makes its calendar debut after the Gulf nation signed a Ten-year agreement with Liberty Media, owners of the sport, earlier this year. The track has been used primarily for MotoGP motorcycle racing since its opening in 2004, and is made up of a series of fairly long straights without many low-speed corners.

That focus on straight-line speed could serve Mercedes, and veteran Formula 1 commentator Brundle believes another new engine could be worth the effort for Hamilton.

“The following is a track in Qatar, which Valentino Rossi will know far better than any F1 driver, and may be more suited to his bike than our F1 cars,” Brundle wrote in his column. Sky Sports F1. “With Verstappen’s lead in the championship at fourteen points, after Checo Pérez saved a point and snatched the fastest lap from Lewis on the last tour, the championship will extend to at least Saudi Arabia.

“This story has a lot more to tell, and sure in that way, Merc is worth considering a new internal combustion engine for the final big showdown. A five-place drop on the grid could be worth it, given Lewis passed the other nineteen cars on the grid, sixteen of them at least twice. “

Red Bull seems increasingly concerned about the improvement in pace that Mercedes appears to have found on the straights, with team boss Christian Horner telling Sky Germany that Mercedes looks “very, very impressive” and that his team just “can’t compete against that.” Advisor Helmut Marko, meanwhile, added: “It seemed like the others had a slower speed than Hamilton. Mercedes managed to create a masterpiece with this rocket for the decisive phase ”.

Verstappen now leads the championship by fourteen points with three races remaining, but the circuits in Qatar, Saudi Arabia and the United Arab Emirates could favor the Mercedes car more than the Red Bull one.

Why Ferrari no longer raises passions as it always did. (And it’s not Sainz’s fault)
The unexpected collaboration between Formula 1 and the NBA that shakes the networks
McLaren goes all out with the signing of Brawn’s title maker in 2009
FORMULA 1 393