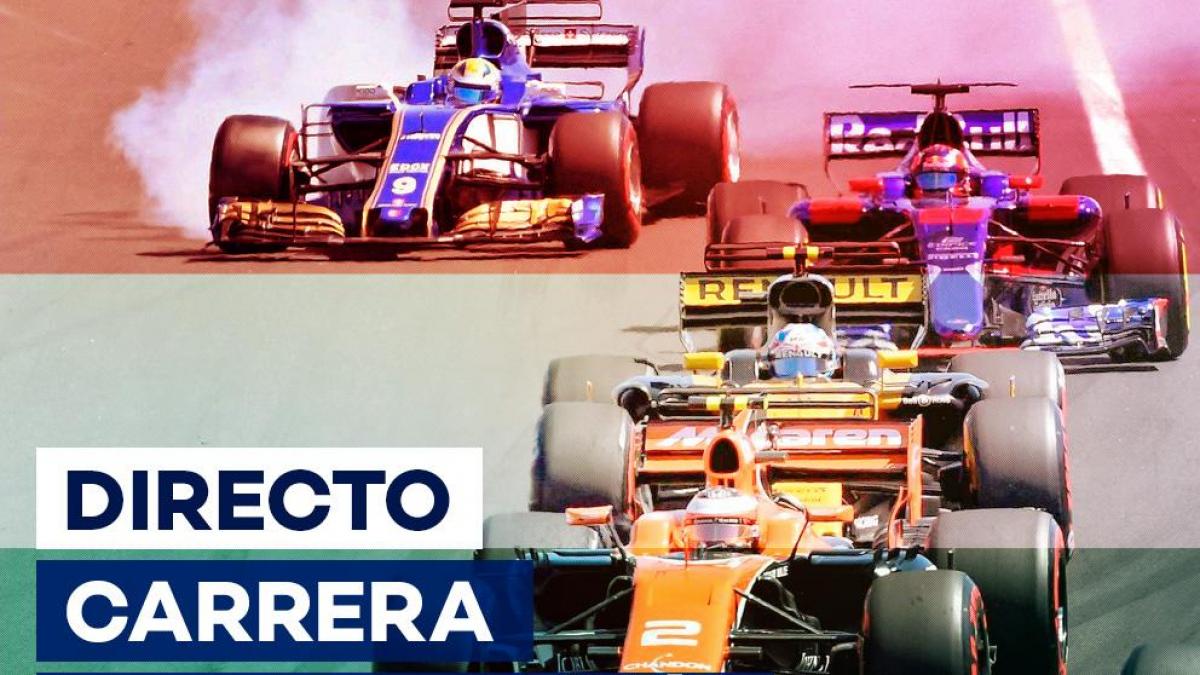 👉 Esteban Ocon, with Alpine, adds his first victory, ahead of Vettel, after a chaotic start that left an anarchic career.

👉 Esteban Ocon, with Alpine, adds his first victory, ahead of Vettel, after a chaotic start that left an anarchic career.

🎙️ 3rd. Lewis Hamilton, Mercedes: “Congratulations to everyone including Ocon and I’m glad to see Aston Martin up there. We’ve had an excellent crowd, thanks for being here. [dice entre abucheos que se escuchan desde las gradas] It has been a tough race, we always complicate our lives. It was crazy to see us on the starting grid. I have given everything, I have nothing left. ”

If you are not watching the Hungarian F1 GP race because you are on the beach, I feel sorry for you !! There is no beach to make up for this rush!

The favorite option of the pilots is intermediate, will they enter to change strategy?

Max Verstappen is thirteenth and one of those involved in the accident.

In the case of rain, the cars will have intermediate and extreme tires.

Verstappen, who will not have to replace the Honda engine in his Red Bull, never won the Hungarian GP, ​​but the last two times he raced at the Hungaroring – 2019 and 2020 – he finished second behind the Mercedes captain.

💬 Meanwhile he has 32 victories and after the Baku and Silverstone exhibitions he reaffirms what he declared during the Austrian Grand Prix at the beginning of the month: that what matters in F1 “is not the age, but the stopwatch”.
🎂 Alonso turned 40 this Thursday: more than half of them on the crest of the wave.👉 “Max was very aggressive and I was next to him. He did not give me space. Whether I agree or not with my sanction, I am still here,” said Lewis Hamilton.

💬 And that he declared from the hospital to which he was transferred as a precaution that seeing Hamilton celebrating enthusiastically in front of his fans, which was filled with Silverstone, seemed to him a “disrespectful and unsportsmanlike” attitude.

Loading...
Newer Post
Georges St-Pierre shares favorite memory of his UFC career
Older Post
Vaccination requirements in the UFC and what will happen to McGregor: the words of Dana White