Formula 1: Max Verstappen, prophet in his land | THE UNIVERSAL 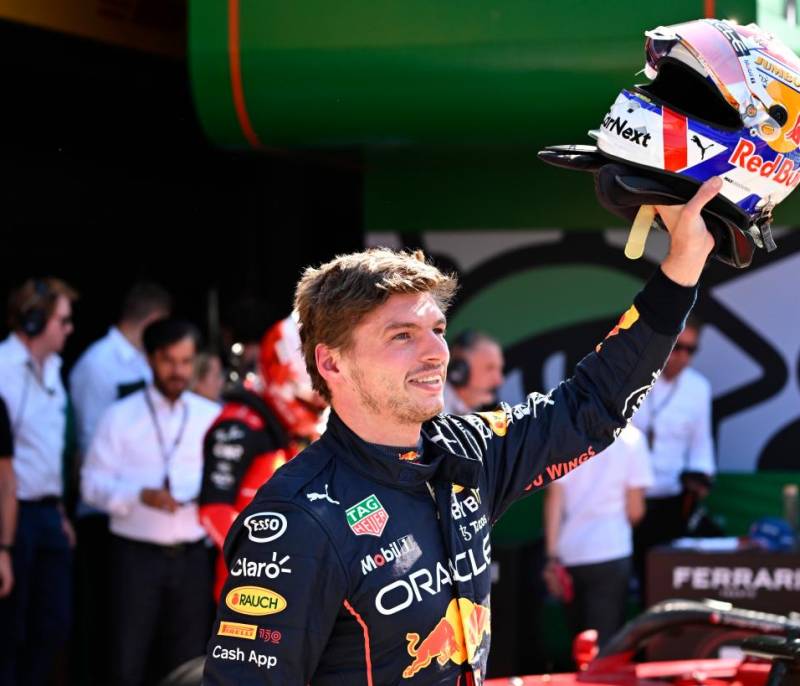 The race was marked by the incidents of the Japanese Yuki Tsunoda (Alpha Tauri) and the Finn Valtteri Bottas (Alfa Romeo) towards lap 50 of the 72 that were given to the winding and banked circuit of Zandvoort.

At the start, Verstappen contained Leclerc and the Spanish Carlos Sainz, with a touch included, the British Lewis Hamilton (Mercedes). The Dutchman thus began, with a firm step, the road to victory at home.

Sainz, who was running third, was left out of contention for victory by a blunder by Ferrari, who forgot the rear left tire at his first stop on lap 15, losing him more than 12 seconds.

The man from Madrid lost the position with the Mexican Sergio Pérez (Red Bull), who could not avoid going over the Ferrari pistol, and with Hamilton.

The two Mercedes, initially coming to a stop, led when Verstappen switched to mids on lap 19, and Russell tried to hold off the Dutchman, but he didn’t last a round.

Checo Pérez resisted a little more when he had to do the same with the seven-time champion, which happened to him on the second attempt, although he later ran into Sebastian Vettel (Aston Martin), who joined from the pits, something that made him lose some valuable seconds.

As the race approached 50 laps, Tsunoda and Alpha Tauri made a chain of errors that ended with the Japanese parked and a virtual ‘safety car’ that benefited Verstappen and hurt Mercedes and Ferrari, which had just passed through the garage to change tires.

Another incident, this time due to a mechanical problem with Finn Valtteri Bottas’s Alfa Romeo, which was left lying on the finish straight, forced him to take out safety and even divert the cars down the pit lane.

Hamilton did not change tires, Verstappen and Russell, like most, did, the race was relaunched with 12 laps to go and the Dutchman, like when he won last year, overtook him right away, almost over the finish line.

The leader went for his tenth win, the fourth in a row, the Mercedes, to the anger of Hamilton, exchanged positions, and the seven-time champion lost the podium to Leclerc.

Pérez entered fifth, Alonso was sixth after a great race and containing the British Lando Norris (McLaren), Sainz, relegated by a five-second penalty for an unsafe release (reckless exit from the pits when Alonso appeared), fell to eighth place.

The next race of the Formula 1 World Championship will be next weekend at the Monza circuit with the Italian Grand Prix at stake.

Loading...
Newer Post
The LIV revolutionizes golf: it officially authorizes the use of shorts in official competition | Sports
Older Post
With Real Madrid to beat and without Cristiano | Sports