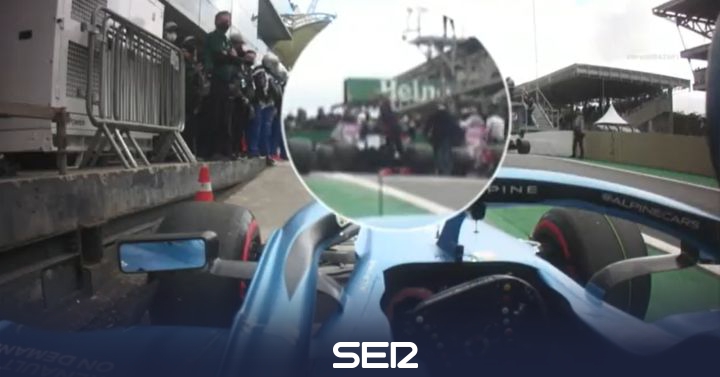 Driver Max Verstappen has been summoned to a hearing on Saturday morning for an alleged violation of the international sports code of the Sao Paulo Grand Prix. The Red Bull came to check the rear wing of his rival Lewis Hamilton on the track and got to touch it. This action is prohibited and the Dutch driver can be sanctioned.

The action happened when the cars were parked. At that moment, Verstappen went over to see the condition of the rear wing of the Englishman’s car and put his hand on it. This action violates code 2.5.1, which announces the following: “Inside the Parc Fermé, only assigned officials can enter. No operation, checking, set-up or repair is allowed unless authorized by them. officials or by applicable regulations “.

The moment he approached Lewis Hamilton’s rear wing after qualifying to check that everything was in order (or not) 👀# BrazilDAZNF1 🇧🇷 pic.twitter.com/WNGcacRGX5

Lewis is also at risk of being penalized due to the DRS on his rear wing. This part of the car may not comply with the technical regulations after undergoing a review by a technician from the International Automobile Federation.

In this way, the two candidates to fight for the World Cup are at risk of suffering a sanction in the face of Sunday’s race of the Brazilian Grand Prix. In the standings, Verstappen is the leader with 312.5 points, while Hamilton is second with 293.5. This particular podium will be closed, except by surprise, Valtteri Bottas, who is with 185 points.

Surprise! Who are the most popular drivers in Formula 1?
Contest for travel and tickets
The 2022 Formula 1 World Championship calendar was leaked
FORMULA 1 390