ANDhe Silverstone Grand Prix is ​​behind us and the Austrian Grand Prix is ​​coming up next weekend at the Red Bull Ring circuit. This is the eleventh race on the calendar of the 22 that the Formula 1 Championship has.

Given the low-abrasive characteristics of the circuit, the Milan-based tire manufacturer will take the softest tires in the range: C3 as P Zero White hard, C4 as P Zero Yellow medium and C5 as P Zero Red soft. 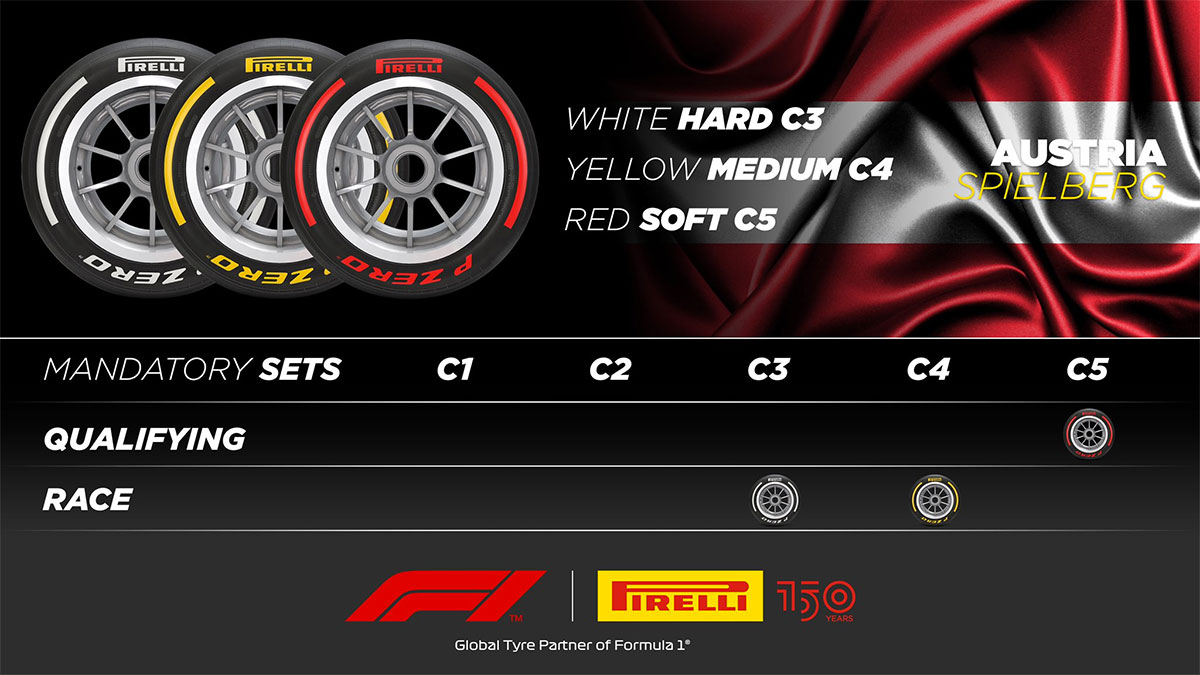 «The tarmac at the Red Bull Ring offers reasonably low grip on a low severity circuit, making it possible to bring in the softest tires in the range. This helps us focus on entertainment, in a venue that has often delivered exciting racing in the past, thanks to a compact lap that is essentially a series of short corners. Traction and especially braking are key here: with a particular risk of lockups in some of the tricky downhill braking areas. Maintaining the performance of the rear tires throughout the lap is also vital to ensure proper traction. Our tire nomination makes possible a variety of different potential strategies«, commented mario isolain charge of Pirelli for F1.

The Circuit where the Formula 1 Austrian Grand Prix will be held is 4,318 kilometers long with only 10 curves and continuous ups and downs during the 71 laps of the route. The track has a contract with Formula 1 until this year, but given its relationship with a top-flight team, its renewal is expected, especially since it has hosted four races in the two years of the pandemic. 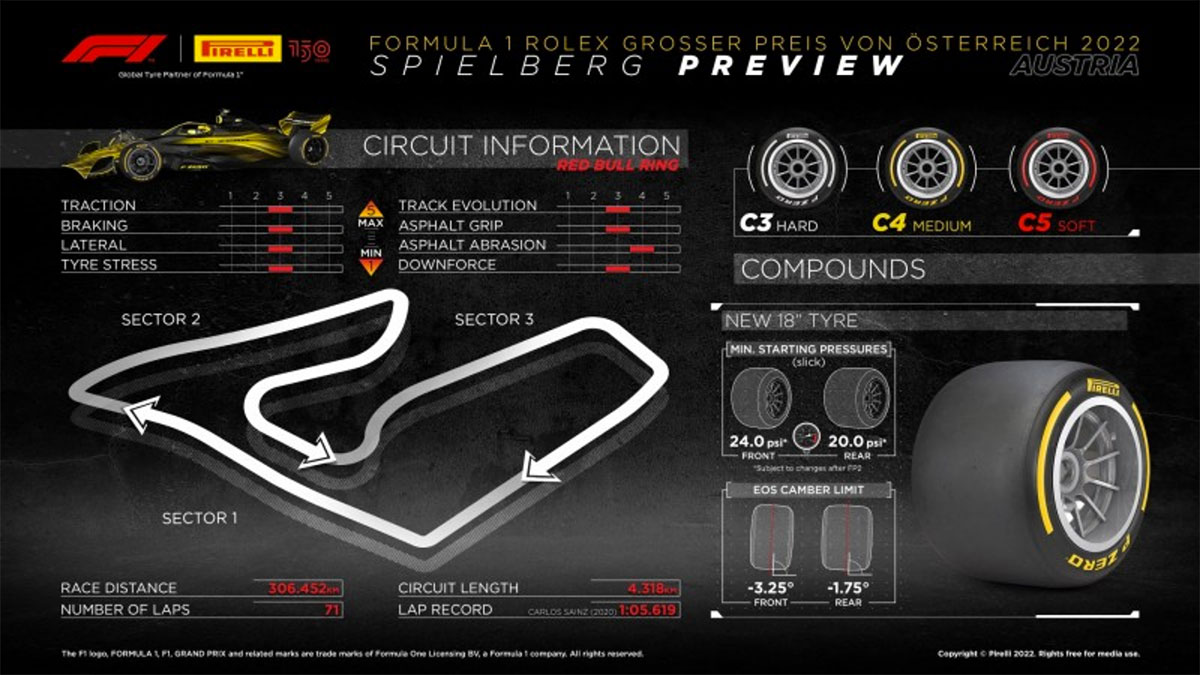 As a background last year there were two back-to-back races at the Red Bull Ring – this weekend is the same tire nomination as the second race there, designed to help put on a show by creating more overtaking opportunities. On that occasion, the winning strategy was two stops: an opening run on the medium, followed by two runs on the hard tyres. Of course, the compounds and structures are different this year.

Austria also hosts the second speed weekend of the season, after Imola. As a reminder, instead of having 13 sets of tires for a conventional weekend, there will only be 12 sets. These consist of two sets of hard, four sets of medium and six sets of soft. In addition, teams will have up to six sets of Cinturato Green intermediate and three sets of Cinturato Blue full wet available in the event of rain, which is quite possible in the Styrian hills.

Following the Alpine competition, McLaren, Red Bull and Williams will remain at the Austrian circuit as part of Pirelli’s testing program for next year’s tyres. McLaren and Williams will test for two days, with the other two teams testing for one day each.

Formula 2
The P Zero Yellow medium and P Zero Purple supersoft tires have been nominated for Formula 2 in Austria. This is the third time this combination, with an extra step between the compounds, has been seen this season after Imola and Baku. Each driver has five sets of slick tires (three medium and two super soft) to use over the weekend, which includes a 28-lap sprint race on Saturday afternoon and a 40-lap feature race on Sunday morning. .

formula 3
For the first time this season, the softest tire in the Formula 3 range, the P Zero Red soft compound, will be the only tire nominated. This is a step softer than the selection for 2021, when the medium compound was available at the Red Bull Ring. Drivers will get four new sets to use over the weekend, with no tires left over from the previous round at Silverstone. A 24-lap sprint race on Saturday morning will be followed by the longest race on Sunday.

Free practice 1 of F1 of the GP of Spain live
F1 | Carlos Sainz: “Everything has gone wrong”
What problem did Lewis Hamilton have in the French F1 GP?
FORMULA 1 1974