Formula 1: the decision made after Hamilton’s complaints about porpoising 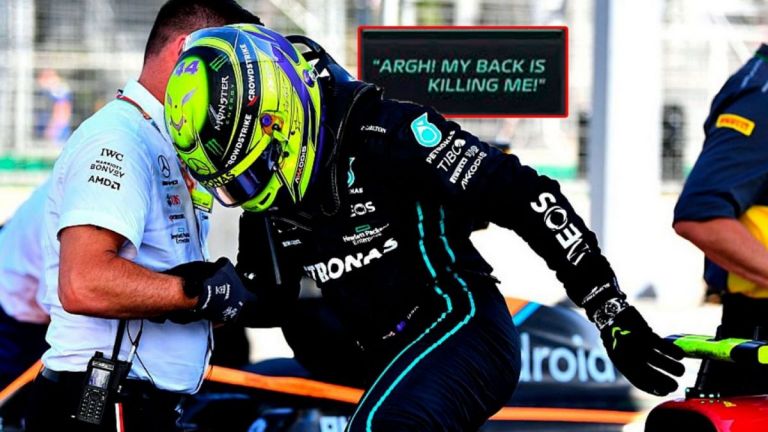 "My back is killing me," he said. Lewis Hamilton in the middle of the Azerbaijan Grand Prix, in which he was clearly upset when he got out of his

“My back is killing me,” he said. Lewis Hamilton in the middle of the Azerbaijan Grand Prix, in which he was clearly upset when he got out of his Mercedes. “Every morning my cervicals and upper body ache, I have never been so stiff driving a Formula 1 car. They must prevent us drivers from ending up with a cane at the age of 30,” warned Pierre Gasly. The new single-seaters with ground effect brought with them porpoising, an uncontrolled bounce that occurs on long straights. Given the complaints of the pilots, the FIA prepared a series of changes in the regulations to preserve the health of the runners.

Facing the Canadian Grand PrixToto Wolff, Mercedes team manager, announced that he was contemplating the possibility of looking for a replacement for hamilton for the back injuries of the seven-time world champion. The pressure of the German team added to the complaints of almost all the pilots made the FIA have to get down to business with bouncing cars: “The FIA has decided to intervene after consulting his doctors for the safety of the pilots. In a sport where competitors routinely drive at speeds in excess of 300 km/h, it is felt that all of a driver’s concentration should be focused on that task, and that excessive fatigue or pain experienced by a driver could have serious consequences. important if they cause a loss of concentration.

Later, the statement added that the Azerbaijan Grand Prix was the turning point in this matter: “After the eighth round of the World Championship of Formula 1 this year’s FIA, in which the phenomenon of aerodynamic oscillations (“porpoising”) of the new generation of Formula 1 cars was again visible, and its effect during and after the race on the physical condition of the pilots, the FIAas the governing body of the sport, has decided that, in the interest of safety, it is necessary to intervene to require teams to make the necessary adjustments to reduce or eliminate this phenomenon,” he said in an official statement.

In this way, the FIA ​​intervened directly with technical recommendations for the racing teams. Formula 1. In the first place, the teams will have to apply certain short-term measures, but the plan of the governing body of world motorsports is to find lasting solutions: “The FIA will convene a technical meeting with the teams to define measures that reduce the propensity of cars to present these phenomena in the medium term”.

The FIA emphasized his intention to preserve the health of the pilots of Formula 1 and acknowledged the complaints of hamilton and Daniel Ricciardo for his back pain. We will have to wait until the Canadian Grand Prix this weekend to find out if the situation will improve and, also, for the response of Christian Horner, Red Bull team manager, who was against the intervention of the managers regarding to porpoising.

Formula 1. Why drivers don’t wear the number 13
F1 qualifying in Qatar: results, summary and reactions of Alonso and Sainz in Losail
The hardest moment for Max Verstappen in this 2021: “I was in the hospital …”
FORMULA 1 1543

Loading...
Newer Post
Everything ready for the night of combat at Legion MMA | Other Sports 123
Older Post
Five fighters from Buenos Aires will represent Veracruz in the National MMA