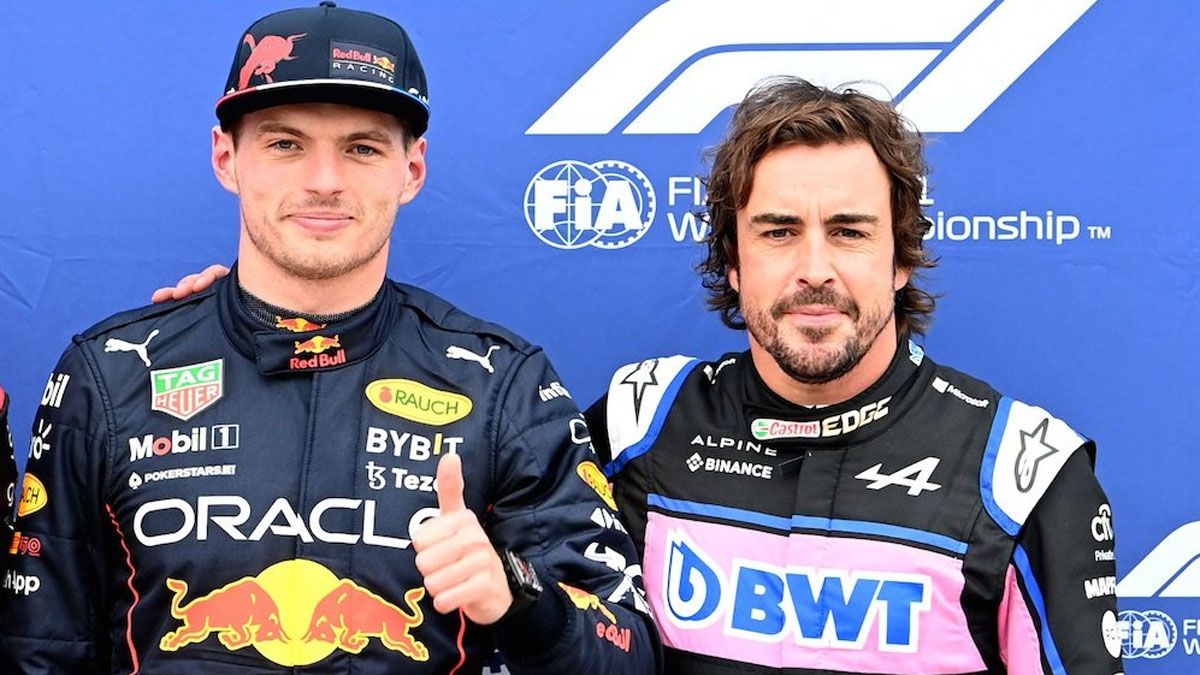 “Alonso would have won more titles with other cars,” assured the Dutchman

Max Verstappen can equal in Singapore the number of wins you have achieved Fernando Alonso throughout his career in Formula 1. The Asturian pilot accumulates 32 wins and the Dutchman believes that there could be many more “with other cars”.

When asked about it, Alonso did not hesitate to praise Verstappen: “He has a long way to go, he is 24 years old, but I wish him more luck than I had. Because I had those statistics at 26 years old and they are the same ones I have now. I’m sure with Red Bull It can only get better.”

the of Alpine predicts a good future for Verstappen in F1 and RedBull wanted to return the good words: “If you had put Fernando in the cars that other people have won championships with, he would have done the same. But that’s not how F1 works.”he declared.

“But in the end he won two titles, so I think he has done very well. And he is also a great guy and a great personality for F1.”Verstappen added, showing clear sympathy and admiration for the Spaniard.

Verstappen could be world champion in Singapore in the event that he gets 22 points more than Charles Leclerc (Ferrari), 13 more than Checo Pérez (Red Bull) and 6 more than Russell (Mercedes).