Formula 1 warms up for the Spanish Grand Prix 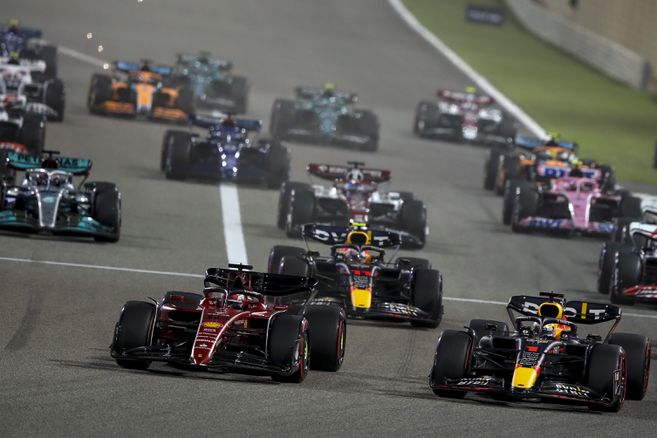 A new duel between Leclerc and Verstappen in Spain can therefore be expected, while, on the prowl, are his teammates Sergio Pérez in Red Bull and t

Formula 1 warms up for the Spanish Grand Prix

A new duel between Leclerc and Verstappen in Spain can therefore be expected, while, on the prowl, are his teammates Sergio Pérez in Red Bull and the Spaniard from Ferrari Carlos Sainz Jr – who will try to achieve his first victory in F1 at home.

The gap is progressively narrowing: Max Vertsappen will once again try to hit hard in Spain, on the occasion of the sixth race of the Formula 1 season, to try to overtake his rival Charles Leclerc, at the helm of the championship. Two practices have already been run, this Saturday will be the third and the classification for the big race next Sunday.

It may interest you: After stage 13, this is the general classification of the Giro d’Italia 2022

Although the Monegasque and Ferrari arrive in Spain this weekend as leaders – a position that neither the team nor the driver have left this season – they will have to be careful with the Red Bull driver who has been reducing his deficit for two races.

After the demonstration of the current world champion in Emilia-Romagna (Italy) at the end of April, his victory in Miami fifteen days ago allowed him to get 19 points behind Leclerc (104 points), after a race in which the driver of the Scuderia never came to dominate. “For now it seems that Red Bull dominates in the races”, recognized the Monegasque in Florida.

Red Bull and Ferrari, with their leaders at the wheel, are for now the only cars capable of winning, as no other team has been able to place a driver on the top two podium boxes in the first five races.

A new duel between Leclerc and Verstappen in Spain can therefore be expected, while, on the prowl, are his teammates Sergio Pérez in Red Bull and the Spaniard from Ferrari Carlos Sainz Jr – who will try to achieve his first victory in F1 at home.

“In the next few races, it could be our turn to try to develop the car as much as possible. We don’t have money to spend on improvements in each race”, defended his boss Mattia Binotto, who recalls that each team has to respect a budget ceiling for the campaign. “At a certain point, Red Bull will stop developing,” he said.

On paper, if the Scuderia dominates the debates, closely followed by the Austrian team just six points behind, on the track, Red Bull’s speed is still shaping up to be an advantage this weekend at the Montmeló circuit, except that the mechanical problems come to disrupt the plans once again.

Since the start of the season, the constructor has suffered from reliability problems that have already led to Verstappen leaving twice and Sergio Pérez once. “We still have some problems that we have to solve,” acknowledged the reigning world champion after the Miami GP.

After thirty GPs since 1991 and winter training every year between 2014 and 2020 and then in 2022, drivers and teams know the Catalan track by heart.

While Verstappen will be attempting to win his first Spanish moto since 2016, his rival could become Ferrari’s first Spanish GP winner since Fernando Alonso in 2013. Behind, Mercedes, currently third in the constructors’ championship, seems powerless against the Ferrari and the Red Bulls.

Harassed since the start of the season by performance problems, the current world champion team is counting on the Spanish race to understand and tame its single-seater with original aerodynamics.

And he’s not going to give up: “as they say in basketball, we got to Barcelona in the first quarter. We know that once we have turned the lessons into performance on the court, there is still a game”, assured his boss Toto Wolff.

The Monegasque Charles Leclerc (Ferrari) set the fastest time in the second free practice session of the Spanish Grand Prix, the sixth round of the Formula 1 World Championship, this Friday at the Circuit de Catalunya in Montmeló (Barcelona).

With one minute, 19 seconds and 670 thousandths (the fastest time of the day), the leader of the drivers’ classification surpassed the Mercedes of the British George Russell and Lewis Hamilton, who were 117 and 204 thousandths, respectively. In the first free practice session, also on Friday, Leclerc had already been the fastest driver.

Clic: Egan Bernal: “It is difficult to say when I will be able to return”

The German Sebastian Vettel, who for a moment became provisionally the best in the second session, obtained the eighth fastest time, behind the Spanish Fernando Alonso (Alpine), sixth, and the Mexican Sergio Pérez (Red Bull), seventh.

Finn Valtteri Bottas had to stop his second practice session prematurely due to a technical problem in his Alfa Romeo. He could barely do three laps before parking the car. At McLaren, the British driver Lando Norris damaged his car and was barely able to do six laps, setting the worst time in the second free practice session of this Spanish Grand Prix.

The third free practice session will take place on Saturday, before the qualifying session, which will begin at 4:00 p.m. local time. There the order of the starting grid for Sunday’s race will be decided.