Four divisions in Junior boxing at the Conade 2022 Nationals already have finalists, one from Durango among them 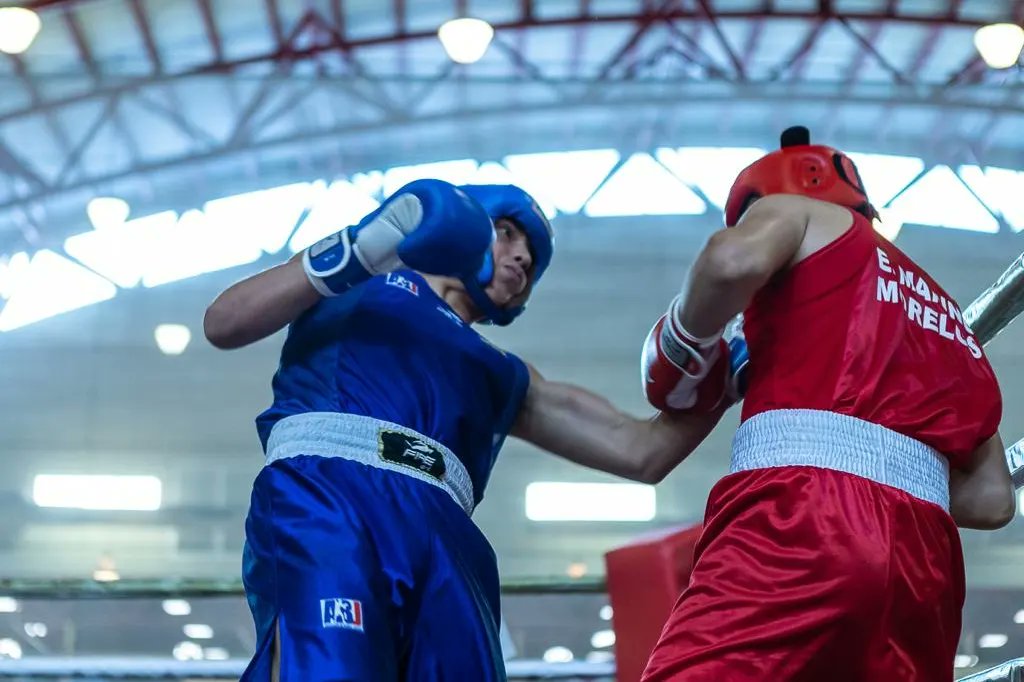 At the end of the fourth day of boxing activities at the Conade 2022 Nationals, the Junior category, for fighters between 15 and 16 years old, met

At the end of the fourth day of boxing activities at the Conade 2022 Nationals, the Junior category, for fighters between 15 and 16 years old, met its first exponents who will dispute the grand final in four of the 13 divisions convened, in tournaments that They take place in the María del Rosario Espinoza Gymnasium in Culiacán, Sinaloa, headquarters of the discipline in the great sports event.

In the Light Medium division (-70 kilograms), Rodrigo Marín from Mexico defeated Christofer Jiménez 3-2 by points, while Hugo Yahir Barrón, from Durango, won his respective match by beating South Californian Antonio Arana 4-1, a result with the one that was also installed in the fights with a view to the confrontation for the championship.

Likewise, in Middleweight (-75 kg), Leonardo Arturo Villegas from Chiapas showed why he is one of the favorites for the title, winning by RSC (Referee Suspends the Combat) the host Mario Berrelleza, while Edwin Gael López, from Jalisco , left the ring with his fist raised early, after beating Emiliano Marino, from Morelos, by RSC in the first round, who will have to settle for bronze.

The greatest satisfaction of the day for the hosts came through Hugo Padilla in the Light Heavyweight division (-80 kg), who clearly beat Víctor Ponce from Guanajuato 4-1 in the first semifinal, while Axel Molina, from Baja California Sur, went through complications but in the end he won the victory against José María Carvajal, from Morelos, who will also climb to the podium, but with third place.

Finally, the South Californian delegation added its second triumph in the semifinal phase with a unanimous victory for José Francisco Romero against Eduardo Contreras, from the State of Mexico, in the Full Weight division (+80 kg), while Emilio Roa, from Chihuahua , defeated Arturo de Luna from Monterrey via the RSC, to end the session of the fourth day of fights in the great sports fair for youth throughout the country.

Loading...
Newer Post
We already have the first odds for the NBA winner in the 2022-23 season
Older Post
5 soccer stars who will be in MLS during the 2022 season